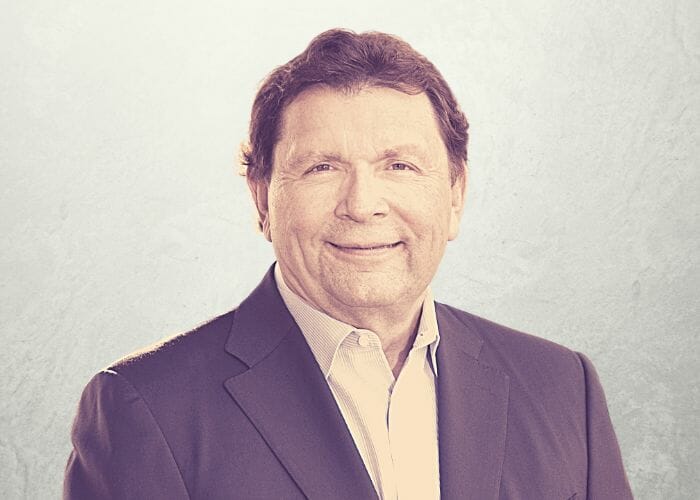 Jack Ehnes has been chief executive of CalSTRS for nearly 20 years, and while there have been many achievements in his long tenure none speaks higher than the work he did to manage the various competing stakeholders in order to get the fund back into the black. It now has a clear long-term strategy for a fully funded status and be able to achieve its mission of securing the financial future of California’s educators. He talks to Amanda White.

The $291 billion US fund, CalSTRS is a mission-directed organisation, having the same mission statement since 2002 – which is to secure the financial future of educators in California.

“It doesn’t matter where you work at CalSTRS – whether you’re in a technical role in investments or in the call centre – all of our employees would know the statement,” the fund’s long-standing chief, Jack Ehnes told Top1000funds.com in an interview. “I don’t want to minimise this.”

“I personally conduct inductions for new employees every month and I always ask them the mission statement of the last place they worked, and no-one can ever answer it.”

But for CalSTRS the ability to achieve that mission has been threatened over the past decade or so, with the 2008-09 financial crisis not just resulting in a couple of years of bad returns, but a pervasive and long-lasting impact on the funded status.

“All scenarios that came from that ultimately lead to insolvency, and our path out of that recession was very threatened,” Ehnes says.

In the 2009 fiscal year alone the fund experienced a 25 per cent loss and the funding status plummeted to 60 per cent. Different states have made found different solutions to solve such problems in different, mostly through modifications to their benefits. But for CalSTRS the solution came through shared contribution increases across CalSTRS members, employers and the state.

“In California we took a strong view that the benefits the teachers were getting were appropriate and should survive the funding discussion,” he says. “We did not approach that time saying ‘oh my gosh we have to change everything’, we really felt we needed to preserve the financial security of our members and get back to that mission.”

In 2014, after many years of discussion with legislators, unions and the complicated web of stakeholders involved in a public pension fund the finish line was finally reached. An aggressive plan was agreed that would get the fund to fully funded status over 30 years.

“We needed to solve this, the stakes were too high. If we let it go the cost of this would get more and more. If we had done nothing we would have headed to full insolvency, it required a funding solution,” Ehnes says. The ability for the fund to have a leader who could listen, arbitrate different positions, compromise and reach a consensus cannot be over-emphasised.

“In a political environment where you need a governor and legislator and stakeholders to agree to this, it’s tough. And it is difficult to translate the long-term problem into the short term – to get your issue at the top of the queue.”

After months of conversations Ehnes and the team decided to translate the long-term liability and their argument to solve it, into a short term figure. This meant communicating the cost of not solving the funding issue which they estimated to be a daily cost of $22 million.

“People respond to those types of messages – communicating what a long-term liability looks like on a daily basis,” he says. “Getting all those interested groups in synchronicity was a challenge.”

“It’s an amazing achievement,” Ehnes says. “We have stabilised our plan for the future and proved that if you have an annuity based income that is essentially guaranteed for life you can meet the longevity of your pension. We have done that in the public sector.”

Ehnes advocates for the ability of the public sector to achieve this goal. The average pension of a CalSTRS member is nearly $50,000.

“There is a good case to be made for teachers being supported by the public sector,” he says. “When you say on opinion polls do teachers deserve these pensions, there is a recognition they deserve a pension and are moderately paid. We won over critics that would say otherwise why are we doing it on a taxpayer dollar.”

In a former life, many years ago, Ehnes was the chair of the Colorado Public Employees Retirement Association and observes real change in stakeholder engagement since those times.

“If one member of the public came to a board meeting it would be amazing. Now we fill an audience of 100 all the time. The stakeholder community is so activated on all issues of our business. This makes everything more complicated to get to the finish line. Getting them all in synchronicity is why it took years to get it done.”

Meeting the increasing, complex and sometimes competing demands of various stakeholders is now a reality of pension management and is in constant evolution.

“American pension plans have been guided by the narrow restriction of fiduciary duty for a long time. We have been held back in sustainability and ESG,” Ehnes says.

The majority of employees at CalSTRS are millennials and at employee orientations Ehnes asks them why they took the job at the fund.

“More are saying ‘because you live and breathe sustainability as an employer’,” he says. “Our work in sustainability started 15 years ago with Chris [Ailman] and I shaping initial strategies on the investment side and has evolved into an enterprise organisation and initiative.”

Ehnes says the US is definitely lagging in its understanding and use of ESG strategies as fundamental component of investments strategy.

“We see more investors trying things out and seeing it as a topic of relevance but not fully embracing it as a core. We are not where we should be. If we are starting to recognise it is highly relevant to the reshaping of our economy to low carbon there is so much work to do.”

And Ehnes says that even those public pension funds that have been activist investors there is more work is required internally.

“We have been guilty of criticising companies but haven’t applied the same standards to ourselves. If you tell people to have good disclosure we need to have GRI report and TCFD report ourselves, not just shouting at outside parties to do a better job,” he says.

Ehnes is the global vice chair of the Global Reporting Initiative, on the board of Ceres, and has been previously on the board of SASB among others. CalSTRS’ Sustainability Report is done in accordance with GRI standards.

“We need to demonstrate this and meet the needs of this next generation especially in California, if we want people to work here we have to be competitive.”

CalSTRS is currently building a new office that will be fully operated by solar power. No power will be bought onto site, it will all be on the roof line. The new net zero facility is due to open in September 2022, but Ehnes will be long gone, retiring in June followed by two months of camping in the Californian wilderness.

“I’m proud of the whole organisation, it’s not about me. I’m proud this organisation runs on a clear target and strategy and has a very strong sense of where we are going at all times,” he says.

Since day one of Ehnes’ tenure as chief executive, a governance consultant has been involved, advising the board on best practice and embedding a conversation about ethics and integrity in the business as a foundation of the system.

“If you are going to take on big issues in sustainability if you don’t have the board support you can be limited in how far you can go,” he says. “What I love about our board is it is not just focused on tasks to do with funding or investments but we talk about corporate culture all the time. People who understand employee engagement know you need to spend time on culture. It’s about the whole system coming together.”

CalSTRS is a long-term investor, it has to be. It has 410 retiree members over the age of 100 years old. The oldest is 109. And the average life expectancy of a CalSTRS woman member is 99 years old.

“Changing life expectancies bare on the liabilities of our system,” Ehnes says. “We have to plan for retirement that includes 35 years of income. That’s a lot of financial security you have to prepare for. This guides the nature of our business.”

It’s clear Ehnes’ legacy is how embedded this long-term view is in the culture of the organisation.

“We try to build that into the work culture. Getting beyond the classic environment of a 12-month view and more to a 30-year view, and that’s true for whether its investments, technology or benefit planning strategy, we want everyone to be thinking in those terms.