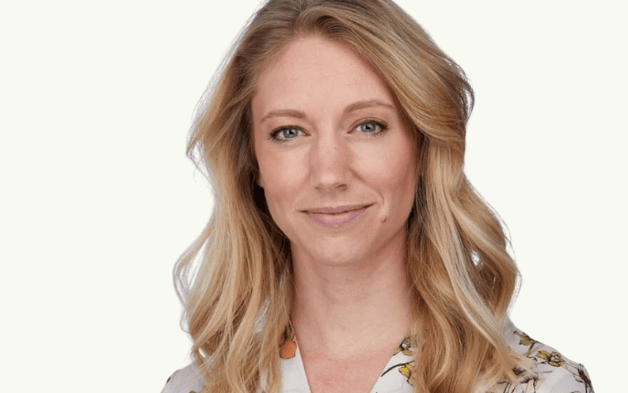 The CEOs of four of the world’s largest technology companies faced the United States House Judiciary Subcommittee on Antitrust, Commercial and Administrative Law last week about anti-trust behaviour. Their size, power and influence and whether this is bad for competition, is an important consideration for investors, says Denise Hearn, co-author of The Myth of Capitalism: Monopolies and the Death of Competition, and more effort by investors needs to be put into understanding their behaviour.

“I feel hopeful after watching the tech anti-trust hearings today that perhaps capitalism is not a failed experiment,” she said in a tweet.

But the hope only comes because the behaviours of these large companies are finally being scrutinised. The internet was designed to be a de-centralised platform and not have one central place where information is received or directed. And yet Google and Facebook have 70 per cent of all traffic on the internet as well as the lion’s share of advertising revenue and profits.

“This has become a scenario where the internet has become beholden to these choke points of who controls information. That’s deeply concerning,” she said in a Market Narratives podcast.

“Unfortunately these companies make up a huge amount of the S&P, and we need to put into perspective how much dominance they have in value capture and information capture and the infrastructure of commerce,” she said.

Most investors hold these companies in their equities’ portfolios and have made good returns doing so. The companies have acted in their own self interest and grown their business, revenues and profits to shareholders.

But Hearn warned that the ultimate impact of this profit maxim, and everyone acting in their own self interest, is a fragile macro-economic landscape.

“The monopolisation of industries leads to other concurrent problems, like economic inequality,” she said. “They have become giant behemoths with little incentives to spend on R&D or CAPX, or investment in workers. And that’s what we’ve seen.”

She argues that while ESG has been helpful in creating a more fulsome view of how different aspects of the economy need to be viewed in relation to each other, there is far too much marketing and not enough second-order thinking about what the impact might be of, for example, the behaviour of tech companies.

She said if investors have a narrow lens and want to maximise profits in the shortest amount of time possible, like some of her hedge fund clients, then it makes sense to invest in these companies. But it becomes more complex the further out the economic ecosystem that you look.

“When you think more in terms of systems and systems thinking whenever you get monopolised crops you degrade the soil to such a degree it becomes fallow and very difficult to grow anything else, it also becomes susceptible to disease and shock, and then you end up getting things like the potato famine,” she said. “It makes the entire ecosystem very fragile. If you want to find moated companies and invest in them because they get higher returns on capital that will work for a time. But over time there is enough latent risk built up into the system where that is no longer going to hold. This is a warning I would issue.”

Systems thinking is gaining in popularity as lens for investors who understand that finance and economics is not linear, but complex and adaptive. It’s something the Willis Towers Watson Thinking Ahead Institute has been exploring for some years, as has MIT professor of finance, Andrew Lo.

Professor Cameron Hepburn, an environmental economist at Oxford University, says looking at sensitive intervention points and the idea that small changes in one area can trigger knock on effects to the whole system is an area of science gradually being brought into economics.

“This is the idea that if you have a complex adaptive system like the climate or the economic system then small deviations or changes in one part of the landscape can trigger knock on effects to the system as a whole, especially if it is at a state of criticality,” he said in a Fiduciary Investors Series podcast interview.

Hepburn, who is director of the Smith School of Enterprise and the Environment and leads a number of programs on sustainability at the Oxford Martin School, said investors need to get out of the old paradigms and look at a better way of understanding complex systems.

“Even the concept of the black swan doesn’t really help us to capture the fact these distributions are not bell shaped, or fat-tailed or non-normal distributions. The interactions between parts of the economy are shifting the distribution altogether. So these things that are supposed to be a 1 in 10,000 event become the mean because you’ve shifted the distribution,” he said.

“Put another way, if you’re walking towards the cliff edge, except you’re walking towards it backwards looking where you’ve been previously walking and saying there’s no evidence of a cliff edge, then you walk off the edge – you’re looking in the wrong direction. It’s pretty obvious that only using backward or historical looking data does not tell you what you need to do, especially where there are non-linear dynamics in the system. It’s uncomfortable because in order to turn around and look forward you end up having to be a bit more speculative, to understand the underlying connectivity and network of the system. If you don’t do that you’re pretending they don’t exist. It’s important we start doing more forward looking work in this area of finance risk modelling.”

Hearn, who is a graduate from Oxford’s Said business school, also says more transformational work needs to be done around systems thinking with regard to finance to change or even transcend paradigms. She believes there are fundamental paradigms that need to be questioned and narratives need to be reframed away from the mechanistic.

“It’s amazing we think markets can be calculable, but actually it’s so much more like a forest: complex, adaptive, non-linear. There are no such things as externalities, you only push them down into the future.”

She said the biggest example of the entrenched linear thinking is with central bankers.

“The reality is there is no way to grow ourselves out of this level of debt but we keep borrowing from the future to pay for the sins of today, at some point this will all come to a head. Some argue there will be a debt jubilee and all debt will be forgiven because there is no other way out.”

Beyond tech: banking’s concentration bad for the market

Even though Hearn said in her tweet that she feels “hopeful” watching the anti-trust hearings “that perhaps capitalism is not a failed experiment”, she also said “then I remember this”…. pointing to an article on CNBC which details “splashy tech deals”. As recently as May a lot of tech companies in the US have been buying competitive companies that have been distressed due to coronavirus-induced problems.

“That’s how they do R&D these days, they just acquire, and that doesn’t benefit the market,” she said in the podcast.

She pointed out that the large tech companies often don’t end up commercialising a lot of the innovations of the companies they acquire, or produce internally, and pointed to websites such as Google Cemetery that lists “dead” Google innovations.

By way of example, 45 per cent of the products on Amazon are Amazon-branded or owned and they can favour their own products in the way they sell to consumers.

“This is a concern because we are seeing one of the lowest rates of business dynamism. In free markets anyone should be able to have an idea and launch a product,” she said.

But it is not just in the tech sector that this market concentration is a problem.

The impact of onerous regulation such as Dodd Frank has meant that only the largest incumbents in the banking sector could afford to comply.

“We often don’t really recognise the effects of that,” Hearn said. “But we see it now with the coronavirus and so many of those small banks have disappeared, a whole infrastructure evaporated, and it has been difficult to get the money to where it is needed the most.”

And while chief executive of JP Morgan, Jamie Dimon, last month called this the golden age of banking from Hearn’s point of view this just further entrenches the dominance of the large players, which is not good for the market overall.