Home>Risk>Australia’s funds can do better 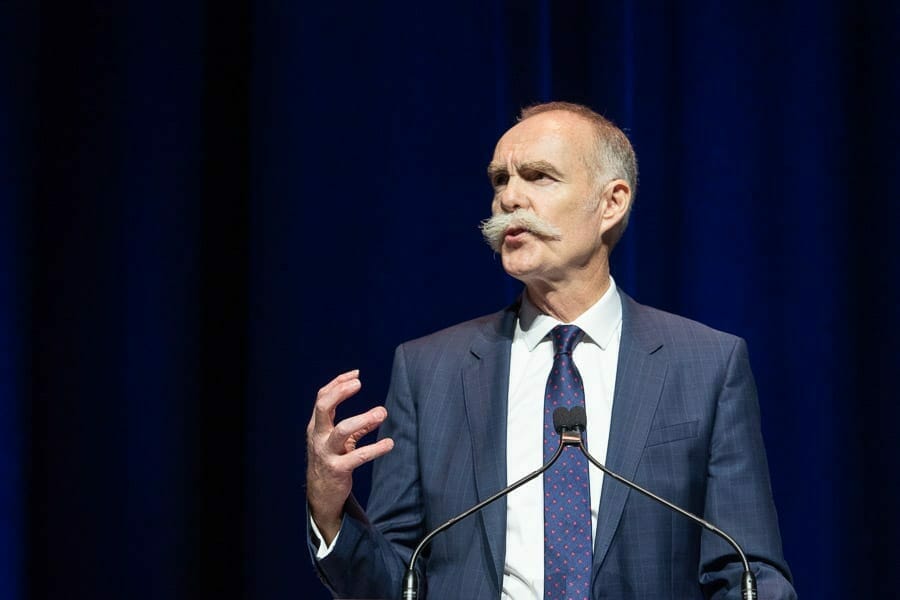 Ian Silk, chief executive of the Australia’s largest pension fund, the A$130 billion ($91 billion) AustralianSuper, has thrown down a challenge for industry funds, the profit for members sector of the industry.

He said if the superannuation industry is really performing optimally for members there should not be any consistently underperforming funds.

“If those running consistently under-performing funds don’t do the right thing, APRA must,” he said.

“The real test will be whether we act in members’ interests every single time, not some or most of the time, but each and every time we make a decision, including when that might not be in the best interests of our fund, or even ourselves.

“We should welcome the extra scrutiny that comes with our current position of industry leadership.

“Each of us and our funds should make a genuine commitment to take our funds from their current position to elite performance for members.”

In focusing on delivering what members want, Silk said that funds will need to ensure they have sufficient resources, the right skill mix, the ability to invest in capabilities and to plan and act for the future.

“We have all, and I don’t think there are any exceptions, behaved in ways that will not cut it in the future,” he said.

Specifically Silk challenged those funds whose membership has been declining, or have consistently had below median performance to ask if they can do better.

“Have you really considered whether your fund’s members are best served by the status quo continuing?”

“Have you instructed your financial advisers that when they believe that one of your fund’s members would be better off in another fund, that they should tell the member that, and facilitate the transfer to the other fund? Do you vigorously pursue non-payment or under-payment of superannuation contributions on behalf of members?”

“What does this new-found mantle of industry leadership mean, he asked. “Member and community expectations are going to be higher, regulators are going to be more aggressive, political focus will be more intense and the media scrutiny will be sharper. And all of this in the context of a more challenging investment environment,” he said. “We shouldn’t complain about greater scrutiny. When it’s applied in good faith we should accept that it comes with the responsibility of looking after the retirement savings of millions of Australians, and of becoming a more important source of capital for the domestic economy.”

The fact that industry funds emerged largely uncriticised from the Royal Commission process is “no cause for triumphalism”, he said.

“That the profit-for-member sector was not found to have committed widespread misconduct, or behaved in a way that failed to meet community expectations, should be a base level expectation of profit-for-member funds. There is no basis for complacency or hubris whatsoever.”

Silk urged the delegates to think bigger than simply whether profit for member funds were better than retail funds.

“Our challenge is more fundamental,” he said. “It’s to be the best we can be for existing members, and the many that are currently choosing to move to industry funds. This weighty responsibility means both a big difference in mindset, and ultimately our actions.”

Silk pointed to three factors that he said make it incumbent on  the industry to operate the system in the public interest and the interests of members.

“Because of these factors the obligation on us to operate the system to the highest ethical and performance standards is greater than exists in most industries,” he said.

A post Royal Commission and Productivity Report environment, combined with projected lower returns for the next decade than the past decade, creates a challenging future environment for the Australian superannuation industry, he said.

“The effect of each of these new factors means a more challenging environment in the future, which will be compounded by a reduction in the positive tailwinds that have boosted the performance of many profit-for-member funds,” he said.

This, he said, will require a different and bolder mindset focused on the best interest of members.

Silk gave the keynote address on day one of CMSF, an event that is in its 29th year.

In opening the conference, chief executive of AIST, Eva Sheerlinck urged delegates to “never lose sight of the core of who we are: proud stewards of others hard-earned savings”.