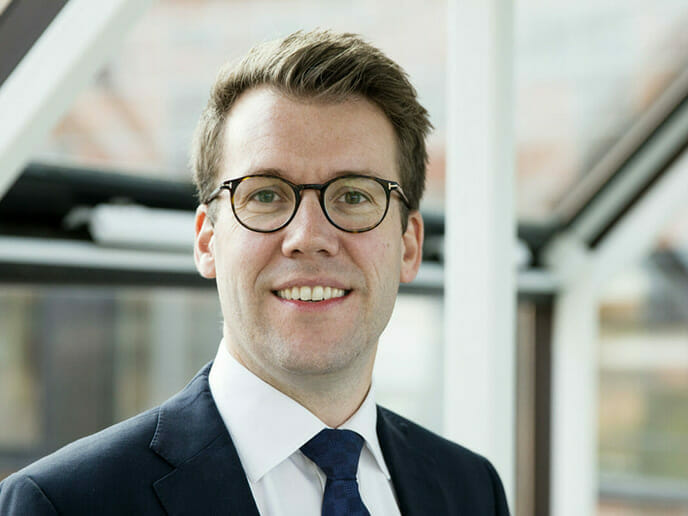 Denmark’s largest commercial pension fund, PFA, has more than €67 billion ($77 billion) in assets under management and dates back over 100 years. It has also been a leading institutional investor in listed markets for many years. In 2016, it took a large step in terms of revamping the entire strategy within alternatives – private equity, credit and infrastructure markets.

When we introduced the new approach, the allocation was only 2 per cent and the portfolio consisted mainly of older fund commitments and a few direct investments. We wanted to increase the allocation substantially and to achieve that we knew we had to turn the traditional model upside-down and go much more direct. We also saw massive potential to leverage PFA’s independence, scale and relationships in deal origination.

Today, two-and-a-half years later, PFA’s team within alternative investments has grown from two to 15 professionals. In the beginning, people were hired for the front office but, more recently, competencies have also been added to asset management and middle-office functions. We have put together a strong team of direct investment professionals with backgrounds in investment banking, leveraged finance and infrastructure investing. They bring origination, execution and leadership skills, which is exactly what we need to succeed.

Deals are in the wind

Recent investments include the public takeover, announced earlier this year, of TDC, the Danish incumbent telecommunications provider, in one of the largest leveraged buyout transactions in Europe in more than 10 years. PFA teamed up with Macquarie and Danish pension funds ATP and PKA, with a view that attractive core telecommunications infrastructure assets existed within TDC. A full split of the company into a network entity and a customer-serving entity is now under way, which will be complemented with heavy investments into nationwide fibre and 5G networks, to be operated on a non-discriminatory, open-access basis.

The TDC transaction has clear benefits for our customers and society at large. The same story applies to our recent large renewable energy investments, which bring low-risk, fixed income-like returns while supporting the green-energy transition. In November 2017, we announced that PFA would acquire a 25 per cent ownership stake in Walney Extension Offshore Wind Farm from Ørsted. Located in the Irish Sea, Walney Extension is the world’s largest offshore wind farm. It is located in the Irish Sea and has a total capacity of 659 megawatts – capable of powering almost 600,000 UK homes with green energy.

In September, Walney Extension was officially inaugurated; later that month, we announced another landmark offshore wind transaction: Hornsea 1 Offshore Wind Farm. Hornsea 1 is under construction in the North Sea and will be the world’s largest offshore wind farm, with a capacity of 1218MW, when fully commissioned in 2020. This time, we are the sole provider of mezzanine-debt financing, backing Global Infrastructure Partners’ acquisition from Ørsted of a 50 per cent stake in the windfarm.

We have a strong relationship with Ørsted and with Global Infrastructure Partners. Hornsea 1 perfectly illustrates our strategy of teaming with world-class partners within their respective fields. We have an efficient decision-making process; we can write big tickets when the right deal is on the table and we are a flexible capital provider able to work across the capital structure. This time, all of the ingredients were there to look into the mezzanine tranche.

Being able to work across the capital structure sounds easy but you need to consider carefully your origination strategy, team composition and investment processes to succeed. It requires a closely knit team with complementary skills, and you need to be firm about what ingredients a deal must have, depending on where you are in the capital structure. The last thing you want is to end up facing equity-style risks while earning debt-like returns. We have a number of internal funds we can put to work with different risk appetites. As a result, we are able to work across the risk and maturity spectrum but we have a natural preference for longer-term, lower-risk investments.

Since 2016, PFA has deployed almost €4 billion ($4.6 billion) into direct private equity, private credit and infrastructure investments in Europe and North America. These investments have been complemented by selected fund commitments with an aim of pursuing certain strategies and further developing strong relationships with leading sponsors. PFA expects to deploy roughly €2 billion ($2.3 billion) annually into direct investments and co-investments over the coming years.

It is a strategy we simplistically characterise as “more of the same”.

Peter Tind Larsen is head of alternative investments at PFA.

An overweight position in real assets and private equity, and an underweight to equities and bonds positioned the Ohio School Employees Retirement System for success in the last year but CIO Farouki Majeed is now even more convinced a stagflationary environment is likely and is positioning the fund accordingly.
Amanda WhiteAugust 16, 2022
View more articles