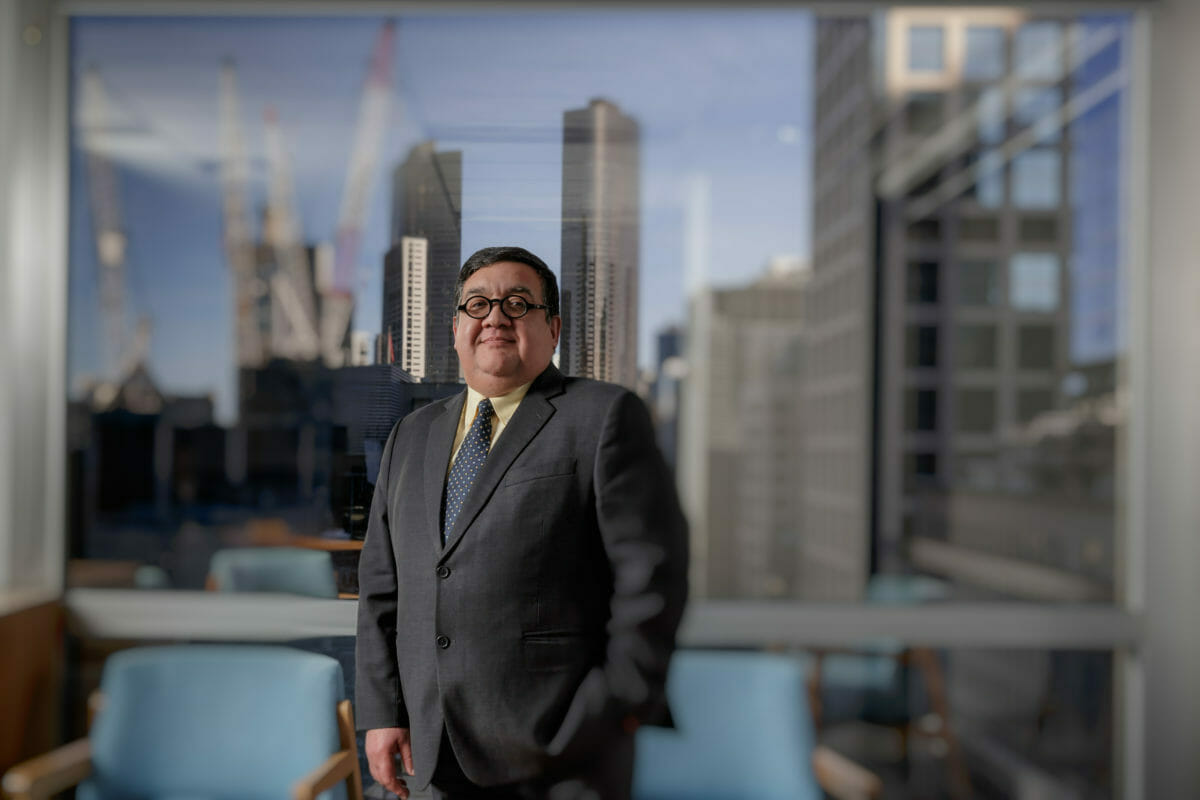 The Australian industry superannuation fund for hospitality workers, Hostplus has every reason to celebrate. Not only did it turn 30 this year and hit $25 billion in funds under management, it also topped two of the most influential league tables in Australia’s retirement savings sector.

But Sam Sicilia, who became the fund’s first and only chief investment officer just over 10 years ago, says there is little time for self-congratulation. He says managing the pension pots of 1.1 million Australians is something the fund isn’t “flippant about”.

“It’s a nice position to be in but let me be clear – you can stuff it up,” Sicilia says. “Every investment decision has to be made appropriately, because it can cause adverse returns if it’s not done properly.

“You can’t have hubris and you can’t get smug and say, ‘We’re the number one fund, we’re unbeatable.’ We have no such language here. The markets have a way of humbling everybody, so the investment results here are celebrated for 2.5 minutes.”

SuperRatings data released in July showed that Hostplus’s balanced option – where 90 per cent of its members have their savings – was the best-performing in Australian superannuation for 2017-18, returning 12.5 per cent. Another key ratings company, Chant West, also had Hostplus in first place. Both Chant West and SuperRatings put the median return for balanced options at about 9.2 per cent.

In the long term, Hostplus is also a standout performer; SuperRatings has it atop league tables over three, five, seven and 15 years.

At the end of July this year, the board of Hostplus affirmed its annual strategic asset allocation (SAA), making no “significant changes”, says Sicilia, whose prior roles include director of investment consulting at Russell Investments.

The Hostplus board meets seven times a year, with discussions about investments generally taking up the morning session. While all of the fund’s money is managed externally, Sicilia heads up a six-person investment team encompassing strategy, equities and governance, property, private equity, and debt and alternatives.

The fund now has a 50 per cent investment in listed equities, including Australian and international shares and emerging markets, plus a 40 per cent allocation to unlisted assets and 10 per cent in alternative liquid defensives.

He adds that “our growing allocation to alternatives is to ensure we remain flexible and adaptive, given we have such a high allocation to unlisted assets”.

Many industry watchers attribute Hostplus’ success to its ability to invest in unlisted infrastructure and its increasing addition of venture capital (VC) to the mix.

“For us, having that strong cash flow, [about $7 billion worth of inflows a year], disposable cash if you like, means we can take advantage of not just opportunities that arise, but each opportunity that arises,” Sicilia says. “If I were the CIO of another fund, where the outflows were around the same as the inflows, I would be having a very different conversation with you.”

Hostplus made small allocations to infrastructure in 2000 and VC in 2001, becoming an early adopter of the strategy while still a fund worth less than $2 billion.

It initially invested via collective vehicles such as IFM Investors. Fast-forward to 2018 and Hostplus has grown to become the biggest VC investor in the country.

It has stakes in myriad big-name projects, including airports in Adelaide, Alice Springs, Brisbane, Darwin, Melbourne, Perth and Tennant Creek, and seaports all along the East Coast. Additionally, it has stakes in toll roads, railway stations, renewable energy assets, gas, electricity generation and transmission lines around the world.

“Infrastructure assets are large and chunky, so none of us can afford the concentration risk of buying a single asset and being the operator of a single asset,” Sicilia says.

The vast majority of the fund’s 1.1 million members work in the hospitality, tourism, recreation and sport industries. Their average age is 34, which allows Hostplus the luxury of investing in highly illiquid assets.

“They are not retiring anytime soon, so there is a long investment horizon,” Sicilia says. “The fund itself never gets older. Why? Because the hospitality industry is always a young person’s game.

“There is a net benefit to members [of VC investment] but there is another important reason. If we can build a VC ecosystem in this country, it keeps jobs, businesses and intellectual property here in Australia, rather than forcing it offshore, so the jobs stay here and we build an industry in this country, which is critical if we are going to be a part of a technological future.”

Sicilia says infrastructure and VC investments are “critically important to the fund”.

“The assets themselves are very long-term assets,” he says. “They have growth characteristics but, in particular, they also have defensive characteristics. They generate income, which is defensive, and capital gains, which is growth. When equity markets are volatile, our unlisted assets – such as real estate and infrastructure – provide downside protection. That is critical.

“If you say, ‘How come everybody doesn’t do that?’ Well, you need to tolerate illiquidity. I’m pretty happy with the characteristics.”

Diversification and holding onto investments and managers for the long term are other key components of Hostplus’s strategy.

“Diversification matters a lot – and not just at the asset-class level, but at the manager level as well,” Sicilia says.

All of Hostplus’s assets are managed externally, by 64 managers, across 162 mandates, and it has used JANA as its asset consultant since 2002.

“The way I could describe Hostplus and the investment beliefs of the board is that we are not a hire-and-fire investor,” Sicilia says. “The fund was $7.4 billion when I started, and I think I can count the number of managers we have terminated on one finger.”

As of August 2018, Hostplus has relationships that span more than 10 years with 30 managers. Names include Bridgewater on an alternatives mandate, Baillie Gifford for international shares and Greencape Capital for Australian equities. Sicilia says the fund doesn’t choose managers based on performance, telling Investment Magazine“market timing is a loser’s game”.

Instead, Hostplus places emphasis on the skills of portfolio managers, so the departure of a star manager or a change in strategy are the most common reasons it would terminate a mandate.

“If you buy a manager on performance, which we never do, then clearly when performance is weak, you want to terminate them…[that describes] the people who hire and fire managers all the time,” Sicilia says. “We never buy on brand or label or promises…it’s often skill. You know, the old ‘people, performance, process’…I reckon it’s 95 per cent people, and you can split the other 5 per cent any way you want.”

This conviction set Hostplus in good stead during the GFC, when other funds faltered.

“People say to us, ‘During the GFC, you must have taken action and moved things around.’ It was quite the opposite, we did nothing,” Sicilia says. “We made no changes to our SAA, because we have the financial cash flow and means to see through all of that volatility. In fact, when equity markets dropped, we purchased equities at a cheaper price”.

Funds seek the elixir of scale