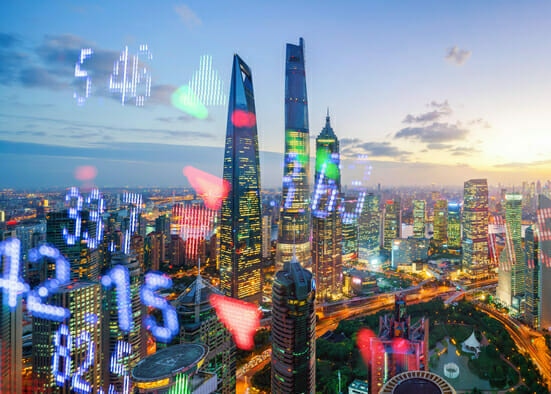 Finding best in class local partners, tapping into demographic mega-trends and making investments that can easily be scaled up are core tenets of the Asia-Pacific strategy of APG Asset Management – Europe’s largest investor – says the fund’s Asia-Pacific chief, Wim Hazeleger.

Dutch pension fund APG has €475 billion ($585 billion) of funds under management as of January 31, 2018. The fund has been investing in Asia for more than 20 years. Most of its early investments, in real estate and infrastructure, were as a passive investor or in co-mingled funds; however, direct investments now make up almost all of the firm’s Asia-Pacific real estate and infrastructure deals.

APG’s Hong Kong office manages investments throughout Asia and Oceania and has just over €19 billion ($23 billion) in funds under management, up from about €7 billion ($8.6 billion) in 2012, when Hazeleger became chief executive of APG Asset Management Asia.

The Hong Kong office’s assets are split into roughly 43 per cent emerging equities, 51 per cent real estate (a roughly 50-50 split between private and listed) and 6 per cent infrastructure.

Hazeleger says APG’s strategy is to decide on a sector and market where it wants to invest, do extensive due diligence to find best-in-class local partners, then work with them to create investment platforms that can be scaled up over time. It does this by setting up a company, joint venture or club structure with the local partner to execute the strategy. When the allocated capital is mostly invested, it then considers allocating more to expand the venture.

This bespoke approach allows the firm to build up a more diversified portfolio – through targeted exposure to particular sectors or assets – than it would be able to achieve through co-mingled funds.

It also enables APG to negotiate lower fees, increase control over existing investments through stronger governance rights (such as approval rights on any new investment or divestment), and better implement its ESG standards. In addition, replicating the existing structure in ensuing commitments saves on the cost of due diligence, legal services and structuring.

“Getting the right local partner is the single most critical success factor,” Hazeleger says.

When he joined APG Asset Management Asia as general counsel at the tail end of the financial crisis in 2009, quantitative easing from various countries, including the US, Europe and Japan, was having an impact on private real estate and infrastructure, leading to stiff competition for the limited opportunities available.

APG decided a bespoke approach would allow it to better tailor investments, pay lower fees and step above a competitive environment “where everybody is chasing the same kinds of deals,” Hazeleger says.

“We took a step back and said maybe we should approach our investment strategy differently,” he recalls. “As opposed to waiting for an opportunity to present itself, why don’t we just look at what’s in our portfolio and, more importantly, what do we like to add.”

Asia is the most rapidly growing region in the world, in terms of both economy and population. More than half of the world lives there. Hazeleger says the outlook for real assets such as private real estate and infrastructure is positive and driven by a growing share of global GDP, a more prominent middle class, increasing savings and a strong trend of urbanisation.

“These developments are observable not just in China and India, where many people focus when they talk about Asia; Indonesia and the Philippines are also developing rapidly,” he says.

Hazeleger says Asia is estimated to require more than $25 trillion over the next 15 years to fund new infrastructure projects and maintain existing ones, creating a growing need for private funding. He names several examples of APG strategy informing deals in China and India.

In India, for example, APG has set up a platform to provide mezzanine funding to infrastructure companies. The mismatch between demand and supply of capital in India, and the availability of attractive pools of assets with predictable cashflow profiles as security for the mezzanine loans, reassured APG the risks were minimal.

“The owners of these assets are generally not willing to dilute their equity stake and give up control, because they are typically very optimistic about future growth prospects,” Hazeleger says.

This means they are willing to obtain relatively expensive mezzanine capital, he explains, because it can be obtained quickly and doesn’t dilute their control.

Hazeleger would not provide return figures, as he says APG does not disclose the returns of individual investments.

Taking on E Fund as an investment adviser is part of APG’s goal to build what Hazeleger calls a “concentrated, high-conviction portfolio” of China A Shares. The allocation will contain about 50 or 60 stocks, with a focus on ESG strategy. E Fund will assist with stock selection and also facilitate trading and settlement. This is just a “first step”, Hazeleger says, and the partnership could later expand to include other asset classes.

“We are going to be looking at which companies score very well based on a number of ESG metrics, and also those that do not score so well but have the potential to better these metrics through active engagement with our portfolio managers and our ESG specialists,” Hazeleger says.

A concentrated portfolio better facilitates this goal, he explains, as a small group of companies can potentially act as examples of good corporate governance more easily, while also being attractive investments.

E Fund is one of China’s biggest asset-management companies, with more than $189 billion of assets under management. It states that it is the largest mutual fund manager in China.

“Given the scale of the opportunities that China represents, E Fund can help us build local knowledge, and promote sustainable investment at a much faster pace than would have been possible had we gone out on our own,” Hazeleger says.

The value of a local presence

Equities and listed real estate are a focus for APG across the entire Asia-Pacific region. Infrastructure investments are predominantly in India, Australia and the Philippines but with an increasing focus on South-east Asia, mostly in renewable energy and roads. Returns in other parts of the world, particularly countries in the Organisation for Economic Co-operation and Development, are often less attractive, due to increased competition and excess liquidity, which lead to yield compression, Hazeleger says.

Private real-estate investments are in India, China (including Hong Kong), South Korea, Singapore and Australia, but Hazeleger is also keen to expand this into South-east Asia.

Countries such as Cambodia, Laos and Myanmar are deemed too risky for now, and it is also difficult to find opportunities in those nations that are large enough to make a meaningful contribution to APG’s portfolio.

Having a presence in the region, however, is crucial, Hazeleger says, and about two-thirds of APG’s Hong Kong-office staff are investment professionals specialising in private and listed real estate, infrastructure and emerging-market equities. The remainder are support staff.

Some of APG’s investments in the Asia-Pacific region are managed out of other offices; its New York site deals with private equity investments and the Amsterdam office is responsible for developed-market equities and fixed income.

For private real estate and infrastructure, however, having a local presence allows the company to source deals and manage its existing investments in a more active and efficient way than would be possible without people on the ground. It also helps the fund negotiate better terms and conditions.

On the capital markets side of the business, the reason for a local presence is slightly different. It allows for closer relationships with companies APG invests in, relevant government policymakers and other market participants, for easier access to liquidity.

“It also helps us achieve our longer-term responsible investment goals, through better understanding of the local nuances, which makes communicating our goals and our targets much more effective,” Hazeleger says.