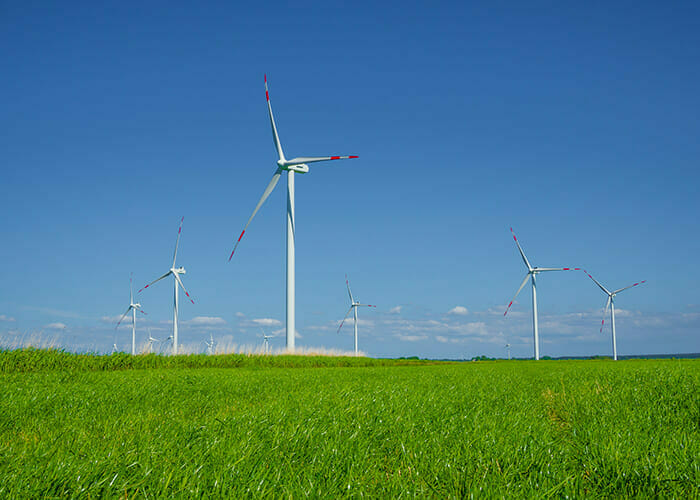 Just a hundred companies are responsible for about 85 per cent of total greenhouse gas emissions. Global investors have seized upon these findings from extensive carbon mapping data to forge ahead with a new, five-year initiative to target the worst climate offenders directly, to curb their emissions, improve climate governance and strengthen disclosure.

“Money talks. If we can deploy capital and the power of financial markets, we can ensure [these] companies make the transition needed to cap global warming,” says Anne Simpson, investment director, sustainability at $323 billion California Public Employees’ Retirement System (CalPERS), speaking at the launch of the Climate Action 100+ initiative, timed to coincide with the two-year anniversary of the Paris Agreement to limit global warming to below two degrees.

The money involves about 225 global investors, with a combined $26 trillion under management, who have come together in the short time since the invitation was issued in September. Entities backing the project include the Swedish AP buffer funds, many of the UK’s local authority schemes, and some of the most influential Australian, Canadian and US public pension funds. Co-ordinators include the Investor Group on Climate Change (IGCC), Institutional Investors Group on Climate Change (IIGCC), and Principles for Responsible Investment (PRI).

To participate, investors must be a member of a least one of the co-ordinating partner organisations, sign the Climate Action 100+ Sign-on Statement, and commit to pursuing at least one engagement each year with at least one company on the focus list.

The 100-strong list of top emissions generators, drawn up with CDP data and developed through a collaborative process from investor and partner organisations, compiles both companies’ direct and indirect emissions. It names obvious polluters such as ExxonMobil, Coal India, China Petroleum & Chemical Corporation and Gazprom, plus groups linked to greenhouse gas emissions in the making or use of their products, like Toyota, United Technologies, Korea Electric Power Corporation, Berkshire Hathaway and Nestlé. Pressure will be brought to bear through robust engagement. The goal: to cut global emissions by 80 per cent by 2050.

“In a few short months, a substantial community of institutional investors have coalesced around this initiative because they want to send an unequivocal signal – directly to companies – that they will be holding them accountable in order to secure nothing less than bold corporate action to improve governance, curb emissions, and increase disclosure to swiftly address the greatest challenge of our time,” says Andrew Gray, senior manager of investments governance at A$120 billion ($95 billion) AustralianSuper.

Engagement is the plan

The plan is for investors to contact investee companies at the board and senior management level to discuss the engagement agenda in further detail. Each year, in partnership with researchers, Climate Action 100+ will produce a public annual report that will assess how the companies have responded to the collaborative engagement, and set the investors’ engagement priorities for the year ahead.

Investors will ask companies to implement strong governance frameworks that clearly articulate their board’s accountability and oversight of climate change risk; they will also request that companies take action to reduce greenhouse gas emissions across their value chain. Investors will also push companies to provide enhanced corporate disclosure in line with the recommendations of the Financial Stability Board’s Taskforce on Climate-Related Disclosure. This will enable investors to assess the robustness of companies’ business plans against a range of climate scenarios, and improve investment decision-making. Gray says this kind of disclosure will help investors price carbon risk.

“We want to support investors in pricing climate risk when buying and selling companies that are exposed,” he says. “If we can price that risk, it can reduce the risk for us, as investors.”

Strategies will include investors using their shareholder influence to elect climate-competent boards, which is particularly important for index-following funds that are unable to sell shares in companies that are exposed to climate risk, and filing proposals. For example, Exxon Mobil, the world’s biggest oil company, was forced by a shareholder vote to be more transparent about the impact of climate change on its business earlier this year. Strategies will also play to investors’ strength in numbers. In what CalPERS’ Simpson calls “the tragedy of the commons”, individual investors don’t own big enough stakes in companies to force change. It is only by a collective approach that investors can overcome this, she says.

Rather than blaming and shaming, the approach for Climate Action 100+ is upbeat. It will centre on “positive dialogue”, says Laetitia Tankwe, responsible investment adviser to Ircantec president Jean-Pierre Costes, Groupe Caisse des dépôts. It will also involve “working individually with each company to help them” and rewarding companies that reform.

“Some of the companies in the list have already demonstrated climate leadership on one or more of the initiatives,” Tankwe says. “Some companies may be removed, depending on their progress.”

Simpson adds that engagement is about persuading companies to swap short-termism for long-term “support and partnership” to manage the transition to a low-carbon world.

“Engagement is not a soft option,” she says, in contrast to divestment, which she calls “walking away” and letting “companies off the hook”.

Climate Action 100+ has attracted unprecedented interest from Asian investors, Gray believes. He says investors in the region now have a “framework to scale up climate action” for the first time. It has bought a “common language” that investors can now speak when they engage with companies in a “consistent message”, and has increased understanding of the climate risk in their portfolios. In this way, the initiative has helped reduce one of the biggest obstacles to progress – that not all investors are operating in the same policy or regulatory environment.

Financial markets are geared to the short term, Simpson says, but pension funds’ long-term interests stretch for a century.

“How the market is trading in the morning doesn’t help us,” she says. “This is the solution. This is the practical action.”