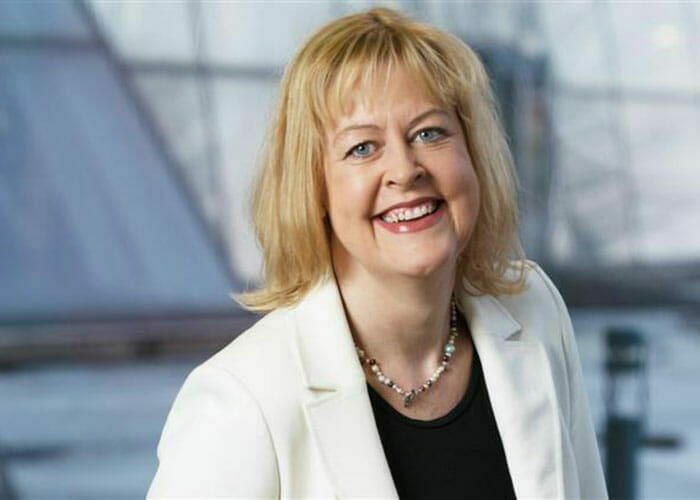 In 2015 the second Swedish National Pension Fund (AP2), with about SEK300 billion ($37 billion) in assets, completed an internalisation of $6 billion in external mandates, introduced new risk systems, formalised its environmental, corporate and social governance strategy, and implemented a change of custodian, moving $31 billion in assets.

“I am really proud of the organisation,” Eva Halvarsson, chief executive of AP2, says.

“We felt we were evolved enough to do that. When the fund was set up in 2001 we wouldn’t have been. But we now have competence and knowledge and built up new systems, so we felt ready.”

With total costs now at 17 basis points, the plan is to reduce that further to 14 basis points.

The main vehicle for achieving that is in-house asset management, and in the past three years more than $6 billion has been shifted from external mandates to the internal investment team, including in emerging market fixed income and global credit. The fund now manages around 83 per cent of assets in-house.

The team is lean, with 65 staff in total, around 35 of who are in investments.

The fund still has a number of external mandates with development market equities specialists such as Generation and AQR.

“We have four values and one of them is constant improvement, so we look at costs but it’s not a purpose on its own. We have chosen the portfolio we think is the best,” Halvarsson says.

AP2 has government restrictions around where it is allowed to invest. With the main investment requirement that the fund invests 30 per cent in bonds, and not more than 5 per cent in unlisted assets, with the exception of real estate and real assets such as timber and agriculture.

Halvarsson admits that the mandated 30 per cent in bonds, which naturally means lower returns, creates a bipolar portfolio, with the fund needing to take risk in other parts of the portfolio.

“I look back and see three trends in the way we work with the portfolio. There’s been a move from developed markets to emerging markets; a move from listed to unlisted (real assets); and fund investments to direct investments and joint ventures,” she says.

AP2 is keen on real assets, and under different rules Halvarsson says the fund would invest in infrastructure. “It suits us,” she says.

“We continue to increase investments in real assets, it suits our objectives. In a globalised world it is so hard to find uncorrelated but real assets.”

The fund takes a 30-year time horizon and believes in active management, and in 2015 produced about 1 per cent of active return.

Halvarsson says it was a positive and necessary challenge to develop the organisation further – and bringing the assets in-house helped with that.

In addition to the internalisation process, in 2015 the fund also introduced new risk systems, formalised its environmental, corporate and social governance strategy, and implemented a change of custodian moving $31 billion in assets.

The new risk system is a combination of Risk Metrics and Barra One, which not only allows a portfolio view of risk but also enables environmental, corporate and social governance analyses of the portfolio.

The fund is also tendering for a new performance system, and is developing its own business system which includes knowledge sharing.

“This has been a magnificent way to increase cooperation in the organisation – we have common values and we work with our values as part of [our] daily work. With competence, systems and a willingness to cooperate and improve, all this has tightened the team,” she says.

Halvarsson has been chief executive of AP2 for 10 years, and she says this is “one of the greatest things I’ve done.”

“I’m privileged to be working with very talented people, everyone is better at what they do than me,” she says of her staff.

“The integration of sustainability is part of our daily life, so I forget to mention it,” she says.

“Ten to 15 years ago, a financial analyst would say if it isn’t in our spreadsheets it can’t exist. But now we look at things you can’t put numbers on. What is the best possible information that you have before making a decision – and we use all types of information before investing in the future.

“Sustainability turned into a hygiene factor, everyone is talking about it but not knowing what they’re doing. Asset owners, governments, consumers and companies, who does what and what are the expectations, it’s a mess,” she says.

But Halvarsson is clear on the role of her fund, and other asset owners.

“Every time I talk about it, I want to mention it is not up to AP2 to put a price on carbon,” she says. “We have a very important role as a catalyst, but the expectations are that asset owners are sitting on money and should transform the economy.”

“The financial industry has a very important part to play, and we have to learn more or else we can’t make the right decisions. But we are looking at it from financial risk perspective, and we are not a political instrument.”

Halvarsson sat on a panel on sustainable investments at the 2015 World Climate Summit in Paris, which added further weight to her belief that the finance industry needs greater knowledge and competency around sustainability issues to achieve better financial outcomes.

The framework for AP2’s sustainability program is anchored in the international conventions that Sweden has signed, such as labour conventions.

In 2015 it reduced its risk to climate by limiting investments in power companies whose profits derive primarily from coal-powered generation of electricity, and has consequently divested from 28 power companies.

When the fund divests it is done from a financial risk perspective, a view that assets are not priced correctly, and is not a moral decision, Halvarsson says.

The vision is to make environmental, corporate and social governance an integral part of all analytical and investment processes. And the fund connects actions to the United Nations sustainability development goals, and in this way can visualise that what they are doing is connected to a bigger perspective.

AP2 has been investing in green bonds since 2008, and was one of the first in the world to do that. Now it has decided to make it part of the strategic asset allocation, of 1 per cent, for benchmark purposes, which Halvarsson also says signals it is an important part of the portfolio.

“I hope it will increase over time, green bonds have performed in line with other bonds,” she says.

Diversity as a competitive advantage

In 2003, AP2 developed a female index, measuring the percentage of female employees at companies listed on the Swedish stock exchange.

“We want to ensure the companies we invest in have the best talents and use all the possible recruitment. It puts the facts on the table,” she says.

“Gender diversity drives better governance and better company returns, we are totally convinced of that.”

The index focuses on female board representation and leadership roles.

“The number of women in management is showing steady but slow growth, it’s now about 20 per cent. But women on boards is more volatile.”

Halvarsson says quotas are being talked about more seriously than ever before. After the annual general meetings this year, if there is not 40 per cent of women on boards then there is a discussion about enforcing quotas.

While last year 50 per cent of all new board appointments were women, it will still take 44 years before management is 50:50 because of the slow pace of change.

“My view is if we reach 30 per cent, then it will become easier, because it starts reinforcing itself. We need some self-recognition here, it will be stupid not to avoid a law on this, it’s about competency. We need more understanding around this competency driver and that it can be seen more as a competitive advantage.”

“In our Myers Briggs testing, the chief investment officer and I don’t have one figure in common. That’s good for us, we need to work together.”

“It is about the same thing – values. We recruit and retain and develop people and have to work with the whole spectrum. Younger employees see it differently, and I don’t want an organisation that’s conservative, with old values. We cooperate with other asset owners on sustainability, so how can we do it on gender and diversity?”