Home>Opinion>What, really, are your pension liabilities? 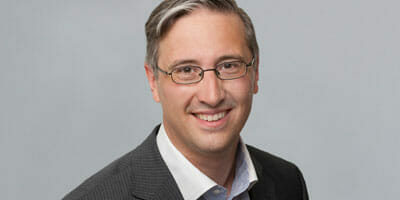 Liabilities in UK pension schemes are grossly under-estimated with the current valuation system not recognising  the perilous funding position in both corporate and public systems. The implications for not addressing this include huge financial costs borne unfairly by younger members of the schemes. Stefan Lundbergh, head of innovation, and Andrew Stewart, client manager at Cardano, believe reform is needed.

If you are sick and the thermometer shows that you have a temperature of 40 degrees Celsius (104 degrees Fahrenheit), you should accept that you are sick, take your medicine and stay in bed.

Few would be tempted to fiddle with the scale of the thermometer, declare themselves healthy, go to work and hope that they will get better.

In the world of  defined benefit pension schemes, however, this is precisely what many are doing.

Unrealistic or overly optimistic liability valuations mean the economic reality of the funding positions is being brushed under the carpet.

However economic reality is bound to catch up with us at some point and although the general move towards defined contribution in the private sector means the problem is contained it is far from solved. Therefore ignoring the risks leaves us not only exposed to deteriorating health but also unable to identify appropriate remedies.

As an example, in the UK corporate sector most defined benefit pension schemes have closed to new employees but the liabilities (and assets) remain on the balance sheet. This is a good thing in that it provides some recognition of the huge pension gap that UK corporates face.

However the problem is that the current system uses a liability measure (based on corporate bond yields) that understates the economic value and hence suggests smaller deficits than is really the case.

If the liabilities are measured on an economic (i.e. risk free) basis then the deficits are seen to be of such magnitude that the required top up contributions fall somewhere between immensely burdensome and critically debilitating.

Based on reasonable estimates of future asset returns, we estimate that around £20 billion per annum is required for the next 10-15 years, equivalent to 20-25 per cent of total UK corporate dividends.

Hence it is wishful thinking, facilitated by unrealistic valuations of liabilities and overly optimistic recovery plans, to assume that UK corporates will be able to carry this cost and stay competitive on the international market.

The somber reality is that at some future point the DB pension liabilities will need to be restructured and the key question is how to do so equitably.

A fair outcome can only be achieved by sharing the pain between generations but at present there is no legal framework for restructuring the schemes in an ordered way without putting the corporates in bankruptcy.

This means all the pain will be felt by the ‘younger’ members in the closed DB scheme when the restructurings inevitably take place.

More worrying are the UK public DB schemes. The funded Local Government schemes face the same issues as the UK corporate sector, while the unfunded schemes, such as the NHS or Civil Service schemes, present a whole other problem.

These mostly operate a pay-as-you-go system without any funding buffers.

This means no assets are set aside to cover the accrued pensions – they are effectively paid out of the state budget – and neither are the hard liabilities included in the national debt. The issue is that as the baby boomers retire the balance of money going into the schemes will gradually reduce relative to the money going out.

The system will therefore face huge future shortfalls unless there is sustained economic growth which outstrips these demographic trends.

If this does not occur, the unfunded pensions will ultimately become a wider societal problem as the scarce national budget has to be allocated away from law enforcement, health care, schools and other public services to pay generous public employee pensions.

Any ‘younger’ public employees should therefore be seriously concerned about the quality of their DB pension in the future.

However, the current valuation system means there is no recognition of the perilous funding position and hence there is no drive to address the impending issues. Alternatively, if an economic valuation was applied to the public DB schemes, there would be an immediate recognition of the problem and the significant increase in the national debt would force public pensions to the top of the agenda.

Clearly some kind of reform is necessary. The longer the problem is neglected, the larger the intergenerational redistribution will be and the greater the pain for individuals. The DB schemes pose a huge problem in the private sector and an enormous one in the public sector.

Reforming pensions is not an easy thing to do, since the problems will play out over the long term and no one wants to take the pain up front.

As in most cases, it is much more convenient to kick the can down the road and hope for the best. However the least we should do is measure the size of the problem in the correct way, instead of fiddling with the scale of thermometer and pretending there is no problem at all.