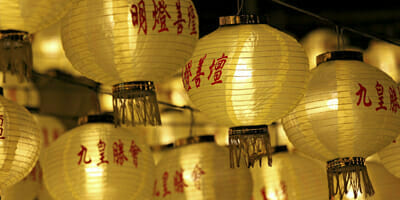 China’s biggest sovereign wealth funds need, and want, co-investment opportunities in real assets and private equity and are open to new partnerships with international investors of the right credentials, and the longer term the partnership the better.

This is the feedback of Michael Wadley, a specialist lawyer of Australian origin based in Shanghai, who runs a consultancy advising both domestic and foreign investors on acquisitions, tax and compliance.

The need for such partnerships is not just because of the way these funds have grown in line with the relentless rise in the Chinese economy since 1998, but to their high weighting to overseas assets in mining, real estate, infrastructure and private equity.

The Chinese Investment Corporation (CIC) in its last published accounts, for the year ending 2012, had a 32.4 per cent weighting to the grouping of “long term investments”.

These assets fit in with its stated investment aims, which place repeated and strong emphasis on its dedication to the long term, but also to its aversion to losing money – it is looking at sure bets that will pay out for decades to come.

In this way, CIC purchased a 10 per cent stake in Heathrow Airport, in London, the third busiest airport in the world and has purchased resources with expected growth in demand and potential scarcity, such as mining, water and agriculture.

Wadley estimates a typical long-term target return on direct investments for Chinese sovereign wealth funds is the inflation of the G20 nations plus 1 per cent.

This focus on the long term makes a sharp contrast to Western thinking. He estimates the short-term for Chinese sovereign wealth funds is defined as three years, the mid-term 10 years and the long-term can cover several generations.

Long-term business relationships, a staple of Chinese business life are also key. In entering into such foreign investments, Chinese sovereign wealth funds are looking for co-investors will have local contacts and local expertise to the assets in question, says Wadley, and ideally foreign government backing too.

For such investments, he estimates the “sweet spot” is a 30-40 per cent stake worth around $200 million.

The importance of personal contacts in making business decisions cannot be over-emphasised in China and those investors looking to work in partnership with Chinese sovereign wealth funds should commit to a long-term relationship with plenty of contact.

“You cannot communicate enough,” he says. “If you are thinking about co-investing put a lot of time in, meeting three times a year is not enough, you really need a representative on the ground,” he says.

One of the rewards for meeting such standards of long-term partnerships, is to receive far more detail than is publicly available from Chinese sovereign wealth funds, whose annual reports do not to disclose the names of external fund managers and advisers.