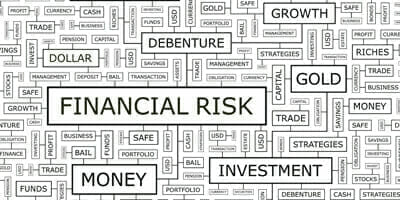 Two high profile pension funds, ATP of Denmark and HOOPP of Canada, have been very successful in managing their assets in two distinct portfolios. But the practice of fund separation, a portion of the portfolio for liability hedging and another for alpha generation, is not common in pension management. It should be.

For these two funds relative performance, to a peer group or return target, is irrelevant. Their concern is meeting their own liabilities and the commitment they have made to paying benefits. In order to meet this objective, a liability-driven approach is a natural fit.

Both funds divide the total assets into two portfolios which have clear and very different objectives, and so it follows their investments look very different.

By adopting this approach, these funds have been able to stay fully-funded, while much of the defined benefit fund world disappoints, and successfully meet their members’ needs even during a crisis.

But few funds have been adopting this approach, and now a new study by EDHEC-Risk Institute reveals that pension funds are focusing too much on asset management and not paying enough attention to liability management.

The study finds only 50 per cent of pension funds surveyed hedge their liabilities, while the rest of the respondents are sitting on the sidelines.

One of main findings from the study is that many pension funds have an asset-only perspective, says one of the authors, Vincent Milhau, who is deputy scientific director of EDHEC-Risk Institute.

Between November last year and January 2014, 104 investors from Europe, North America and Australia, the majority of which were defined benefit, were surveyed to determine how liability-driven investing is used in practice and the reasons that motivate the adoption or non-adoption of such techniques.

“The results were definitely surprising to us, we expected them to have some kind of ALM and to care about performance of the asset side relative to liabilities. But we found some funds don’t measure the liability risk at all,” Milhau says.

The survey found that only slightly more than 50 per cent of the respondents explicitly measure liability risk through a probability of a shortfall or the magnitude of this shortfall.

One reason to engage dynamic LDI is to protect the minimum funding ratio levels but Milhau says surprisingly the survey respondents did not take this motivation into account in managing their portfolios, rather they were concerned with the economic environment and risk parameters which are asset-only motivations.

The survey also found that even those that had liability-hedging as an objective, it was difficult to see if that was effectively achieved, as duration matching was only perceived as a desirable or a feasible target by about 60 per cent of the respondents who expressed a focus on liability hedging.

While a majority of the funds surveyed were aware of the LDI approach (80 per cent), there was little adhesion to fund separation – the approach successfully adopted by ATP and HOOPP.

Milhau says fund separation is important for a number of reasons.

“Managing two separate portfolios, one for liability matching and another for asset performance, is a source of clarification and gives each building block a clear role. It also simplifies reporting,” he says. “For those that don’t operate fund separation and manage performance and risk at the same time using the same portfolio, it becomes less clear and more difficult to assess whether the portfolio is achieving its objective.”

While the survey didn’t ask investors why they didn’t adopt a liability-hedging approach, Milhau suspects one reason could be the reluctance to invest in low-performing asset classes like bonds, which is necessary for such an approach as liabilities are dominated by interest rates.

While the liability-hedging is not necessarily being achieved by many of the respondents, the good news is that EDHEC says that the findings highlight an ever increasing awareness by market participants that pension fund investment management is very much related to liability risk management.