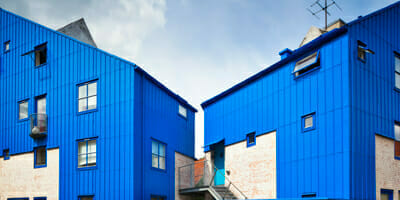 Pension funds and social housing: it looks like a perfect match as schemes in the United Kingdom seek long-term, index-linked cash flows and housing associations, the not-for-profit providers of this type of affordable housing for low income households, hunt the long-term finance they can’t access via banks. Broad residential housing represents just 1 per cent of UK institutional fund investment compared to 47 per cent in the Netherlands, 15 per cent in France and 13 per cent in Germany. In America, New York City’s five public sector pension funds with combined assets of $128 billion have just upped their existing 2 per cent allocation to the asset class, voting to invest $500 million in residential rebuilding efforts in the wake of hurricane Sandy. Decades of chronic underinvestment have left the UK’s social housing sector in a tailspin similar to the havoc wreaked by Sandy. Now pension funds, scrambling for an alternative to gilts, could ride to the rescue.

Early adopters and their strategies

Local authority schemes have been among the first to dip their toes and are presumed likely trailblazers given any investment’s local impact. The small, £800-million ($1.2-billion) London borough of Islington has invested $31 million with Hearthstone Investments residential property fund. “Our decision reflects our view that investment in this sector will produce good long-term returns for local taxpayers and the members of our pension fund,” says Councillor Richard Greening. Elsewhere, the $16.2-billion Greater Manchester Pension Fund has invested in the construction of 240 new homes in the Manchester area.

Strategies include investing in long-dated index-linked debt where the housing association issues debt secured against its property portfolio – schemes buy the debt either directly or through a pooled vehicle. Another route is to set up partnerships directly with housing associations, while sale and leaseback offers a third strategy. Here, schemes invest in funds that buy existing homes from an association, which then leases them back over a 30-to-50-year period. Social housing bonds typically return between 1.5 per cent to 2.5 per cent above inflation-linked gilts, with higher returns for riskier investments via development partnerships, and sale and leaseback agreements.

Prudential-owned M&G has just finalised a $194-million sale and lease-back deal with a London housing association. “This is a high quality investment with a 35-year retail price index-linked lease that will help us to deliver inflation-linked returns, with good security, to our pension fund clients for a generation,” says M&G’s Ben Jones. “There is significant demand from pension funds for investment into housing and social infrastructure provided it is delivered on a transparent basis and directly assists with their desire for long-term inflation-linked cash flows to match their liabilities.” M&G’s $2.1-billion Secured Property Income Fund has invested in 32 UK assets delivering an annualised return of 7 per cent over inflation in the last three years.

Protagonists reassure lending to social housing is a safe bet despite its exposure to the moribund UK property market. One thousand seven hundred housing associations provide social housing across the nation but only two have ever run into financial trouble. Moody’s rate the 26 biggest between AA2 and A1 thanks to housing stock acting as collateral and implicit government guarantees. The majority of associations’ rental income comes from local government, with robust rent collection rates, and demand outstrips supply with around 2.5 million households currently living in social housing but another 2 million on waiting lists with housing associations needing to borrow around $23 million to fund planned regeneration and maintenance projects between now and 2015.

Yet changing UK pension funds lukewarm enthusiasm for urban revitalisation could be challenging. A discussion hosted at NAPF’s annual investment conference last February revealed schemes’ enduring worry that investing for public purpose impacts fiduciary duty, sacrificing returns for social good. “The real returns are there but they aren’t as big as we are looking for,” argued Clare Scott, investment manager at the Edinburgh-based $5.4-billion Lothian Pension Fund, which considering the asset class but yet to invest. It’s a sentiment endorsed by a Smiths Institute survey of 100 local authority pension funds that found none would be prepared to accept lower returns in exchange for social benefit.

Lothian’s Scott says counterparty risk is also an issue – housing associations aren’t risk free. “There has never been a default but that doesn’t mean it’s not going to happen,” she warns. Security around rental income, she says, is also a factor in Scotland, where housing associations don’t own all the housing stock.

Change in government policy is another risk. Since 2005 the government set rent increases for housing associations at retail price index plus 0.5 per cent, linking rental streams to inflation. “Any disconnect between what is collected in rents and what is paid to investors would be a risk,” admits NAPF speaker Phil Ellis, client portfolio director at Aviva Investors, which offers a sale-and-lease-back model with yields of 2.5 per cent. Policy around welfare is already a source of concern since housing associations in the 18 local authority schemes that have piloted new welfare proposals have been reporting arrears in rent payments. “Not all social housing tenants are on welfare benefits, but we believe welfare reform will increase the risk of non-payment,” says Scott, adding, “You have to consider reputational risk too. Would it be acceptable to put rents up?”

It’s a concern shared by other trustees, with one commentator suggesting a preference to invest in social housing outside the boundaries of his own local authority to ward against the pension fund becoming “the evil landlord”. A further layer of complication comes from the fact many housing associations are actually members of local authority pension schemes – and some are in arrears. “It would be imprudent to lend to local housing associations when they actually owe the local authority scheme liability payments,” observed one commentator.

Social housing offers UK schemes liability-matching properties and potential returns that exceed inflation-linked gilts. Investment in the asset class is bound to benefit from funds boosting their broader infrastructure allocations and investment vehicles, still in their infancy and struggling with illiquidity, will develop in time. Twenty-odd years ago, before banks muscled in on long-term lending, pension and insurance funds used to be the biggest lenders to social housing in the UK. Today’s feet finding could see the cycle come full circle.