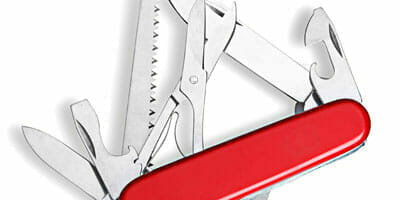 Samuel Lisse, chief executive of Switzerland’s Vita Sammelstiftung (Vita), is currently in the process of hiring a new head of investment. The new appointee will have plenty resting in the in-tray, it appears, as she starts to assist the investment committee that governs the strategy of the 8.5-billion-Swiss-franc ($9.1-billion) joint foundation. That is not because of any headache-inducing investment performance. Far from it, with 8-per-cent returns in 2012 exceeding the Swiss average and gaining the foundation and its 100,000 small and medium-enterprise members a healthy 2.5-per-cent surplus.

An issue awaiting the new head of investment is that Vita – like many Swiss investors – has started to question some of its strategy fundamentals.

Lisse says that a majority of Vita’s bond portfolio, worth roughly $4.1 billion, is held in government-issued debt. There is nothing unusual about that in pension investing. However, with yields on 10-year Swiss government bonds hovering around 1 per cent for the last 12 months, Lisse says this position is now under review by the fund’s investment committee, led by Dr Thorsten Hens of the University of Zurich.

It is too early to be certain of any drastic changes, Lisse says, although the fund’s actions in the past year show diminished appetite for bond holdings on the whole.

As part of its standard investment strategy tweaks, Vita began trimming its exposure to Swiss-franc-denominated bonds in the third quarter of 2012 by over 3 per cent and has continued doing so since.

An expectation that interest rates will rise in the near future (and therefore push yields higher) is behind these moves, explains Lisse.

The euro crisis saw Vita’s investment committee move even quicker on its smaller European debt portfolio. Exposure to European bonds was cut by almost a quarter to around $129 million, with the fund having divested almost entirely from the southern European ‘periphery’. Equities have fallen into favor at the same time, with recent stock purchases putting Vita overweight on Swiss, European, US, emerging market and sustainable global shares. Lisse reveals that an altered economic outlook has facilitated an equity drive.

Things certainly seemed gloomy 12 months ago as reflected in Vita’s 2011 annual report. Fortunately, the concerns shared by many investors did not come true.

Buoyant equity markets were a hallmark of a year that exceeded investors’ expectations. Lisse says Vita Sammelstiftung’s investment committee began to feel positive after further eurozone jitters in the summer were resolved, but only after some serious thinking about launching a major hedging operation.

The equity upturn since then has played a major role in Vita’s strong 2012 performance figures, with its approximately $274-million emerging-market-share pot being the strongest of all asset classes.

As relieved as Lisse is by improving market conditions, his fund still faces its meager bond-yield dilemma. Attempts to find reliable substitutes for some of its bond holdings has led Vita into infrastructure investing for the first time.

The fund has committed 2 per cent of its overall portfolio into an infrastructure vehicle that is about to be launched and insurance-linked bonds are also keenly interesting the fund – catastrophe bonds in particular. Real estate is a more established bond substitute, as far as Vita is concerned, with just over 10 per cent of assets currently held in the class. While the majority of these assets is currently based in Switzerland, the fund is seeking direct investment opportunities in European property as part of its bond-substitution strategy.

This quest to replace some of its bond exposure takes place against the background of a portfolio that is already well diversified. Over 8 per cent of the assets are held in mortgages, and close to 12 per cent in alternatives. The major part of that alternative pot is a roughly $860-million allocation to hedge funds.

In recent years this is asset class has been the subject of controversy in Switzerland due the perception of high fees, despite hedge funds having gained acceptance from Swiss institutional investors more easily than in other markets. According to Lisse, their pleasing performance has outweighed the drawback of expensive fees, but the hedge fund allocation remains a discussion point among the investment committee due to the costs involved.

Lisse reflects that a reason for his fund’s strong hedge fund returns could be a solid selection record. He is confident that Vita’s manager-selection process “is very tightly controlled and thorough”. The foundation gets expert assistance from a full-time team at Zurich Invest that leads the selection work, as Vita is closely connected to the Zurich insurance group.

Active management currently dominates across Vita Sammelstiftung’s portfolio, but Lisse says this approach is another thing under review by the investment committee, especially on equity portfolios.