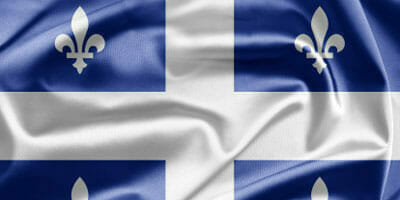 Two of the world’s biggest institutional investors have recently made significant forays into Australian infrastructure, seeing opportunities in the country across a wide array of assets.

Meanwhile, the $77-billion Australia’s Future Fund has swooped on the assets of the listed-Australian Infrastructure Fund (AIX), announcing this week it had entered into a memorandum of understanding to pay $2 billion for the portfolio of assets.

While not being drawn on what its target allocation is, Tall says the Caisse has plans to increase its allocation to infrastructure, which is currently at 4 per cent of the total portfolio.

It is a strategy shared by the Future Fund, set up to help Australian governments meet the cost of public-sector superannuation liabilities, which has been building out its tangible asset program in recent years and has flagged increasing its exposure to both international and local assets.

The Caisse’s infrastructure portfolio was one of its best performing asset classes last year, returning 23.3 per cent in 2011, and beating its benchmark by more than 10.5 per cent.

On the back of this strong performance, Tall says the Caisse will add five more infrastructure-investment staff, taking its internal management team for the asset class to 20.

“There is a desire to increase the size of the infrastructure portfolio and it does sit well with some of the investment objectives of some of our clients,” he says.

“There is an appetite to grow this portfolio in a significant way, but it will depend on the opportunities but we would expect to continue this growth.”

The Caisse attributes the good returns from its infrastructure portfolio to the strong performance of its energy and airport-services sector. Airports are also seen as a potential return-driver by the Future Fund, despite these infrastructure assets generally being viewed as pro-cyclical in nature.

The portfolio of assets it will acquire from AIX includes stakes in airports in Perth, Melbourne, the state of Queensland and the Northern Territory.

“Over the last five years, the Fund has been building its tangible-assets program. The infrastructure program is part of that and is now valued at over $4.3 billion or 5.6 per cent of the portfolio. We continue to seek opportunities to increase our exposure to quality Australian and international infrastructure assets,” Neal says.

In Australia, the Caisse has invested in social infrastructure, allocating to five public-private partnerships (PPP) that include a police and courthouse complex, Australian defence-force accommodation and a hospital in South Australia.

It is the first time the fund has invested directly in Australian infrastructure assets.

The deals form part of a strategic alliance with the Plenary Group, an independent investor, developer and operator of infrastructure projects.

Tall says the fund has another project set to be finalised by the end of the year and, under the terms of the agreement, will consider investing in other projects initiated by the Plenary Group.

This first tranche of social infrastructure projects involves up to 30-year contracts with Australia’s state and federal governments that provide inflation-linked streams of revenue.

Roger Lloyd, director of infrastructure at fund manager Palisade Investment Partners, which is also a signatory to the strategic partnership, says that the attractive returns from Australian infrastructure investments has caught the attention of overseas investors.

“There is more offshore money buying Australian infrastructure assets than there is Australian money,” Lloyd says.

Palisade’s investors include Australian superannuation funds. Lloyd said that these mid-market-sized social-infrastructure investments are seen as offering attractive yields in the context of the current low-interest-rate environment.

Lloyd notes that social infrastructure investments of this type typically pay 600 to 700 basis points above Australian Government bonds, which have provided a yield around the 3-per-cent mark.

While the Caisse is looking to increase its footprint in Australia, the country still represents a small slice of its infrastructure portfolio.

The fund has focused on developed-market core assets, with 57.7 per cent of its portfolio in Western Europe and the UK.

Assets in the United States make up a further 23 per cent of its infrastructure portfolio, with those in its home province of Quebec the next biggest slice at 15.7 per cent.

Australia and other developed-market investments make up 1.7 per cent of the portfolio.

The energy and industry sectors account for the biggest sector exposures at 45.3 per cent and 41 per cent, respectively.

Wherever it invests, Tall says the fund has a simple strategy of seeking local partners with attractive track records to invest with.

Tall says the fund will limit its investment to developed markets, with no plans to expand its infrastructure investments into Asia.

Infrastructure is part of the Caisse’s inflation-sensitive investment portfolio, making up $5 billion of the $25.2 billion portfolio of assets.

The Caisse manages more than $165 billion on behalf of a number of public and private pension and insurance funds.