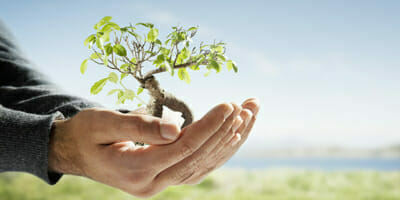 Moving from reactive engagement to proactively working with companies and regulators to avoid major environmental, social or corporate governance (ESG) events has become a key focus of the Swedish Ethical Council, its new head says.

Newly appointed chairwoman Ulrika Danielson says that the council, which is a collaborative engagement effort for the AP 1 to 4 buffer funds, has moved into the next stage of its development after it was launched in 2007.

Assisting this preventative push, the Ethical Council is also working more closely with other investors, including asset managers, to push companies to improve their sustainability performance.

“From the beginning, the Ethical Council focused mainly on reactive work and engaged with companies where convention breaches had been proven,” Danielson says.

“Today we have a much greater focus on preventive initiatives and dialogues. Moreover, we collaborate with other investors on a regular basis. Collaboration with investors and demand for transparency, both for companies and investors, will continue to increase in the future.”

The council prioritises face-to-face meetings with executives and boards of companies. Its proactive engagement is done on a confidential basis and aims to persuade the particular company to improve its internal processes around environmental and ethical issues, as well as the transparency of its reporting.

Such proactive engagement has been seen in encouraging a North American mining company to improve its dialogue with the local communities affected by its operations, entering into dialogue with a European timber company on issues of sustainable forestry initiatives and working with two European oil companies on deep-sea-drilling safety concerns.

In its recently released annual report, the Ethical Council details a range of engagements with companies, including an innovative mining project that aims to apply the industry’s own best-practice guidelines to the companies the funds invest in.

The project resulted from a 2008 report into the mining industry, which Danielson says came out of a number of engagements the council had conducted with mining companies.

“On the basis of this report and our experience that mining companies also face challenges regarding corruption, social issues such as respecting indigenous rights and communicating with local communities, as well as often having operations in countries with weak laws, we started this initiative,” she says.

The mining project enlisted the cooperation of Dutch fund PGGM and the seventh AP fund.

As part of the project, 30 mining companies operating in different parts of world were evaluated for the compliance with the 10 principles of sustainable development issued by the International Council of Mining and Metals.

The research found the lowest level of compliance with principles that dealt with engaging constructively and respecting the rights of indigenous and local communities. The companies ranked highest on implementing risk management based on valid data and sound science.

Other issues the council has focused on include tackling corruption, the working conditions of employees in the electronics industry, climate change and carbon disclosure, and the sustainability of the oil industry.

Over the course of 2011, the Ethical Council conducted engagements with 126 companies – 52 from North America, 40 European and 26 Asian.