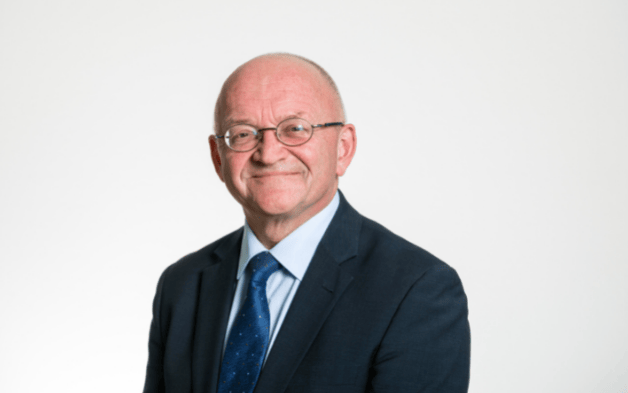 When PensionDanmark’s chief executive Torben Möger Pedersen meets members of the $49 billion labour market pension fund, the conversation doesn’t just focus on the fund’s healthy spate of returns. Lately, his regular tete-a-tete with stakeholders has focused on PensionDanmark’s growing renewable energy investment in assets that churn out the equivalent to the fund’s 800,000 members yearly energy consumption.

“It’s a compelling story,” says Pedersen. “We are not only a pension fund for our members, we also provide them with green energy.”

The narrative is about to become even more compelling. PensionDanmark is investing in Denmark’s first energy island, a North Sea hub the size of 18 football pitches that will serve 200 wind turbines, linking production to the shore by a single cable. PensionDanmark’s investment, part of a consortium of other long-term investors, is small at around DKK 2.5 billion and from a construction perspective, the energy island is not a particularly complex, or risky investment.

Its allure lies in its scalability. The investment will be a stepping-stone to the pension fund financing bigger projects in the North Sea needed to fulfil Europe’s green power targets as well as further afield in South-East Asia.

“This is the investment case for us,” he enthuses. “It is a chance for Denmark to become a new Norway not in oil and gas, but in green power.”

The energy island still has hurdles to overcome. New wind farms around the hub need to get up and running.

PensionDanmark’s ability to conceive, construct and operate ambitious energy infrastructure is rooted in a pivotal decision taken 10 years ago to become a developer of infrastructure and real estate assets. Back in 2012, led by Pedersen who has been CEO since the fund was established in 1992, PensionDanmark decided that investing in brownfield sites wouldn’t bring the same return as development, construction, and management of an asset.

“The only way to get access to attractive returns is to accept the risk of being a developer,” he says.

In PensionDanmark’s real estate allocation, he estimates that around 50 per cent of the returns are associated with development.

“If you are not able to be involved with this stage of the project, you have to accept half of the returns and that the other half will go to someone else,” he says. “If you are buying an office building, the return is 3 per cent but if you are involved in the whole value chain it is 5-6 per cent. That difference is attractive.”

It has required building an alternatives team that includes architects and engineers with boots-on-the-ground expertise across the whole value chain in contrast to desk-bound, listed market investment expertise.

PensionDanmark’s skills and expertise in green infrastructure are housed in fund management company Copenhagen Investment Partners (CIP) founded in 2012 by the pension fund with senior executives from the Danish energy industry. Today it invests on behalf of some 140 other investors too, and has a reputation as one of the largest investors in renewable energy globally.

“In the beginning, CIP was active in the UK and Europe. Now we are in the US, South East Asia and established in emerging markets like India and Brazil an Vietnam.  It’s become a global business.”

With that, CIP’s reach has extended beyond on and offshore wind to green energy storage and transmission and green hydrogen. As the transition gathers pace, investments will include using renewable energy to generate ammonia at scale used to produce carbon-free fertilizer and as a fuel for shipping and the logistics industry, he says.

“The clock is ticking if Denmark is to fulfil its promise to have reduced CO2 emissions by 70 per cent by 2030 compared to 1999,” he says.

The investment case for alternatives,  an allocation PensionDanmark plans to increase from 30 per cent to 35 per cent of total AUM, has become more compelling given Pedersen’s belief that the long period of low interest rates and buoyant equities is drawing in.

“Looking forward, we are comfortable with a large allocation to real estate and infrastructure, the type of assets with a low correlation to macro-economics and listed equity markets.”

Even small increases in interest rates will diminish the benefits of holding bonds, he says.

“We have had 8-10 per cent in annual returns for the last decade and we are now looking to having to be satisfied with something between 2-5 per cent that is only attractive if inflation is kept to 2 per cent. An allocation to alternatives although difficult and resource demanding will be necessary to deal with the challenges in the listed market,” he concludes.

Regulation and economics converge in ESG