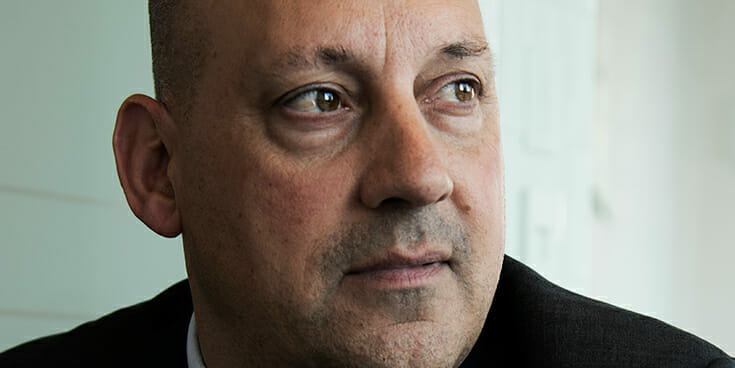 In just 20 years the Canadian fund PSP Investments has grown to more than $200 billion. As it enters its next five year strategy, Amanda White spoke to CIO Eduard van Gelderen about the next phase of portfolio management and the development of its total portfolio approach including assessing and allocating investments on a sector basis.

In the past five years a big focus at PSP Investments has been developing the total fund portfolio approach including the team and decision making, and CIO Eduard van Gelderen says this meant the portfolio fared well during the market volatility of the past 18 months.

“When the uncertainty started the most important thing was that we didn’t panic,” he says. “We had a controlled way of looking at our portfolio on the public and private side of investments and didn’t really change positions that much. We didn’t feel any pressure to change or sell, far from it.”

The team’s approach is very focused on the long term and assessing positions on that basis. There was increased analysis of the portfolio during the market volatility, including every line item and the watch list grew from its usual 2-3 per cent, but there was not much movement in strategic positions.

“The process we have in place is very solid, every individual deal goes through an investment and risk committee and there is an independent role by the risk team to assess positions. The collective knowledge we have on individual positions is very high. That helped us not to panic and not to sell and that clearly paid off,” van Gelderen says.

The fund has around 47 per cent of assets in public equities which was the main driver of the 18.4 per cent return in the past financial year.

In the past financial year, which runs to March 31, there were 50 transactions that entailed cross-asset class collaboration, emphasising this collective knowledge, and evolving the total fund approach will continue into the next strategic plan.

PSP Investments, which invests funds for the pension plans of the federal public service, the Canadian Forces, the Royal Canadian Mounted Police and the Reserve Force, was formed in 2000 with less than 20 staff and about C$2.5 billion. It now employs more than 900 people and manages C$204 billion.

20 years ago it invested passively in public equities and bonds building up the private assets exposure over time including infrastructure, real estate and private equity which alone now accounts for 15 per cent of the portfolio. In the last few years the fund has expanded to open offices in London, New York and Hong Kong.

For two decades the effort has been on the bottom up, building different investment teams that were looking for best ideas.

“The emphasis has been on building up investment portfolios and now 20 years later while we have done a good job in generating returns going forward we need a more top-down total fund approach,” he says.

This includes examining the role of the different investment teams in the total fund.

“Not every team is about maximising returns, for example what are the roles of the different asset classes in mitigating funding risk?” van Gelderen says.

As an example he said a new infrastructure strategy was introduced last year which was not about return but driven by matching the pension liabilities, which are fully indexed to inflation.

“We do that with every single asset class,” he says.

The last 20 years has also been characterised by government cash injections and contributions being a major driver of growth.

As PSP looks to the next five years a clear message is coming from the fund sponsor, the Canadian government, that risk is more important than the upside.

“It is about maximising returns but the funding risk is becoming the real driver going forward. Does that mean we change the portfolio construction process and emphasise that element more than we did before,” van Gelderen says, adding that there are a number of different projects underway that look at that.

One of the more interesting is a move to a more sector approach rather than asset class classifications.

“We already had an initiative with our healthcare team where different people from different asset classes come together, and by combining these people we have a very rich dialogue on how this sector is behaving and where the opportunities are,” he says. “It provides a lot of interesting investment opportunities going forward. We want to expand that model to other sectors too.

“A traditional divide between public and private doesn’t make sense, that is just packaging. It’s better to combine all the collective knowledge we have and see where the best opportunities are. It’s very exciting and is part of our total fund approach going forward.”

van Gelderen, who has been at PSP for three years coming from heading up APG via a brief stint at California University endowment, says technology is another sector the team is closely analysing, in particular to determine what technology represents incremental change and what is disruptive.

“Instead of saying let the asset classes themselves look into it we think it is a huge benefit to group everyone together and see what we really think is happening,” he says. “We have a part of the organisation looking at the more disruptive, longer term changes and how that will impact our portfolio. We are spending a lot of time on this.”

PSP’s new strategic plan has three pillars: this notion of a global fund first where total fund performance is emphasised, being insight driven, and a emphasising a high performing team.

Van Gelderen says from an investment perspective a lot of time and energy will be spent on technology and data.

“We have a lot of data on the asset classes but that doesn’t mean we have it on the total fund,” he says. “We feel that if we combine the different investment teams and have a dialogue and come to a conclusion we want it to be more fact based and data driven than before, we don’t want to make the decisions purely on a narrative but want the supporting data to come to that conclusion too.”

He believes that developments in digitalisation and the enormous increase in available data provide an opportunity.