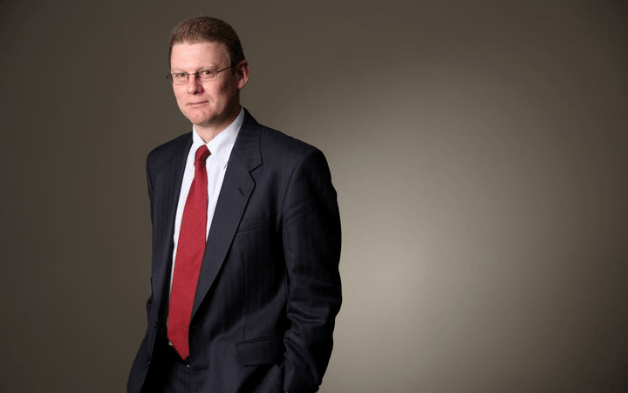 Investment risk is often viewed as the possibility of incurring a negative return over the short-medium term, as reflected in measures like volatility or drawdown. Such measures are useful for investors with shorter horizons. But they become increasingly less effective as the horizon lengthens, especially when investing over multiple periods where cash comes into or out of the portfolio.

The classic example is investing for retirement: return volatility says little about the risks of failing to generate an adequate income stream over future decades. This article draws out the main themes from a recent paper (found at this link) where I discuss risk from the perspective of long-term investors – those investing for a decade or more.

Risk may be defined as the failure to attain an objective. The objectives of long-term investors fall into three groups: building wealth (real return targets, bequests, some sovereign wealth funds and family offices); generating an income stream (retirement income; endowments and foundations); and funding long-term liabilities (defined benefit pensions; life insurance). Two questions arise. First, what could lead to failure to achieve the objective? Second, how might the risk of falling short of objectives be measured?

Measures based around return volatility describe the possibility of suffering shorter-term loss. What matters to long-term investors is incurring a loss that is sustained over their investment horizon. Volatility-based measures do not distinguish between losses arising from forces that can result in sustained loss, from transient effects with no consequence for ultimately achieving objectives. Further, volatility can be as much a source of opportunity as a risk for long-term investors, as market fluctuations can provide opportunities to buy assets at attractive prices for the long run (or exit, and redeploy the capital). An alternative framework is needed.

Nature of risk for long-term investors 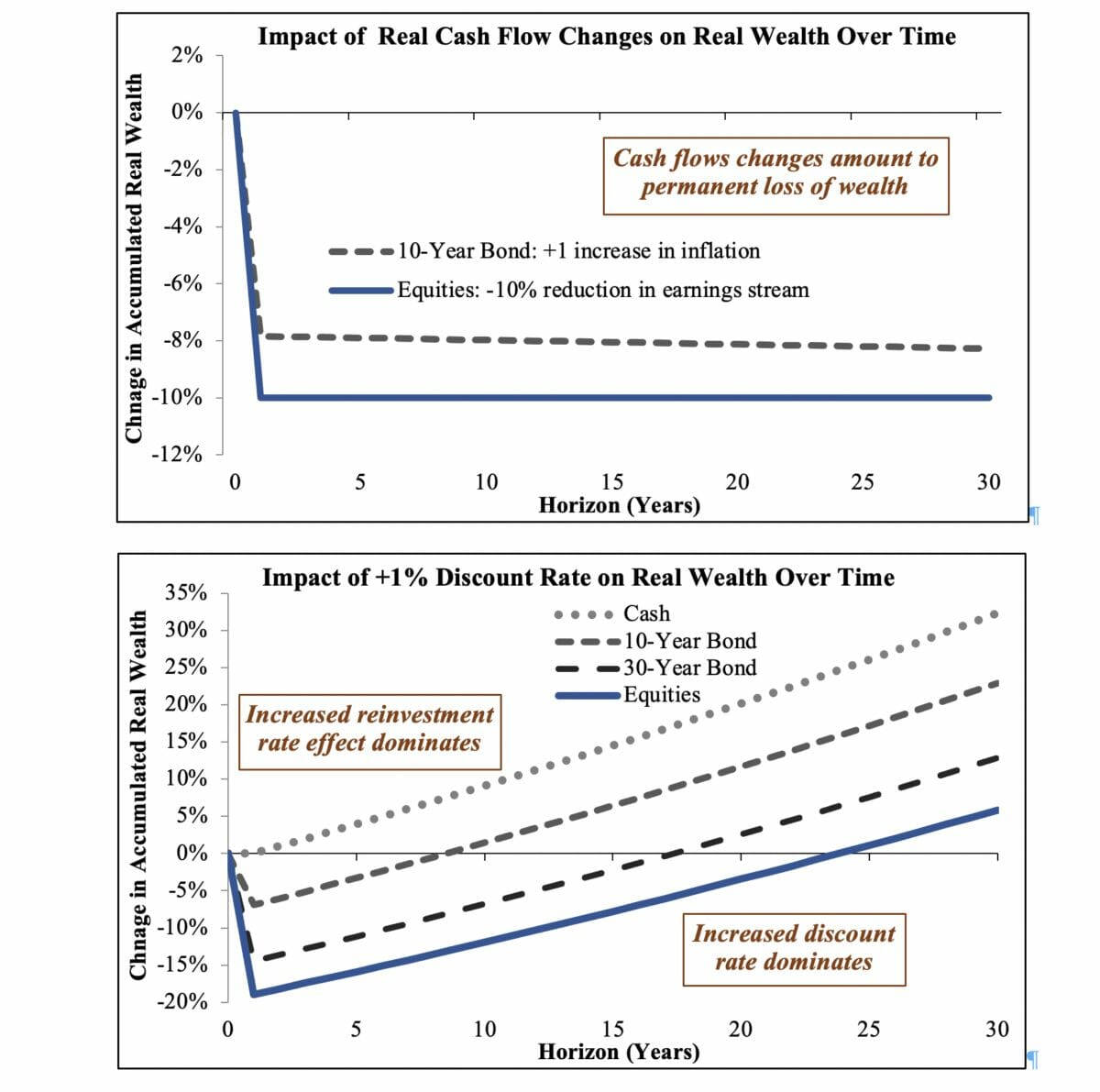 This decomposition changes how a long-term investor might perceive the risks associated with various assets. Equities emerge as less likely to fall short of long-term objectives by virtue of their higher expected return. But they carry exposure to cash flow (i.e. earnings) risk, and reinvestment risk related to companies reinvesting at value-destroying rates. Equities may also bring exposure to discount rate risk, unless the investor has a very long horizon of beyond 20-25 years (see chart).

A key concern with fixed income is the likelihood of falling short of objectives due to insufficient expected returns; although mismatches between duration and horizon and whether inflation might erode the real value of cash flows should also be considered. The quantum of these exposures will vary with duration, and between fixed income assets with fixed nominal versus inflation-linked cash flows. For instance, cash may offer the lowest return, but otherwise is essentially an exposure to reinvestment risk. Indeed, cash might provide a hedge against across-the-board rises in discount rates if the overall market return structure adjusts back upwards. Long duration treasuries may offer higher returns; but can be very exposed to both discount rate risk, and cash flow risk related to inflation. Inflation-protected bonds may carry virtually no real cash flow risk; but could actually exacerbate the risk of shortfall versus some long-term objectives after taking into account their zero-negative real yields and heightened exposure to discount rate risk due to longer duration.

Path dependence emerges where the sequence of returns may result in shorter-term losses being crystalized, thus generating sustained losses. Two situations are notable. First is where poor initial returns disrupt the ability to follow-through on well-founded long-term investment plans. For instance, a fund might be forced to sell assets cheaply after a bout of poor performance if their investors withdraw, or support is lost from within the organization. Second is sequencing effects arising from the interaction between returns and cash flows. For instance, a retirement account will be exhausted more quickly if a fixed amount is drawn and poor returns are incurred early in retirement.

I will briefly overview the key elements involved in measuring long-term risk, and leave it to interested readers to access my paper for guidance and examples. Long-term risk analysis involves scoping out potential future ‘paths’ (or states of the world), and then identifying the paths where objectives are not attained. This requires conducting stochastic modelling that allows for variability in investment outcomes. It will likely entail some form of simulation or scenario analysis.

As real spending power is typically the concern over the long run, it will usually be appropriate to model in real terms. Although analyzing real long-term returns may sometimes suffice, in many situations real wealth accumulation should be modelled to account for cash inflows and outflows and reinvestment at rates other than available in the market, e.g. company reinvestment. Risk metrics should convey the likelihood and magnitude of shortfall versus objectives. This involves estimating both the probability of failing to meet the objective, and measures to capture the size of the shortfall that might occur.

Finally, it is important to allow for initial market conditions, especially with regard to baseline expected returns. Currently, returns on offer appear well below what has occurred historically. Fixed income is largely priced for low-to-negative real yields. The high pricing of risk assets like equities can be interpreted as a signal that they too are priced to deliver low expected returns. The risk of falling short of long-term objectives would be misrepresented significantly if the analysis drew on historical data, rather than calibrating to the current market return structure. Further, acknowledging that market discount rates have more upside than downside from current low levels will have implications for discount rate versus reinvestment risk, and hence the relative attractiveness of assets with differing exposure to these two drivers.

Evaluating long-term investment risk requires shifting the mindset away from a focus on shorter-term losses towards failure to achieve a long-term objective. A key question to ask is: what developments might result in losses that are sustained over the investment horizon? Answering this question will help distinguish exposures that need to be managed from those of little consequence. When it comes to measuring risk, analysis should be directed towards generating the range of potential future paths, and estimating both the likelihood and magnitude of any shortfall versus objectives.

Dr Geoff Warren is an Associate Professor at the Australian National University.