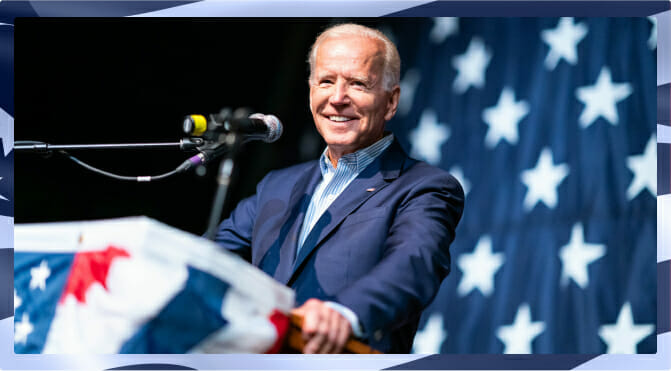 A Joe Biden win in the October presidential election in the United States could be more accommodating to financial markets in the longer term despite a likely negative initial reaction, according to Ray Dalio, co-CIO and founder of Bridgewater Associates.

A Democratic Party Biden administration would implement fiscal policies similar to the kind of policies Franklin Roosevelt, the country’s 32nd president, put into play in 1933 around the time of the Great Depression.

Similar to Roosevelt, a Biden fiscal and economic stimulus reform would involve raising company and capital gains taxes, but it would also involve raising deficits to spend more, Dalio said during an interview broadcast live on Tuesday night for Top1000fund’s Sustainability Digital 2020. You can watch the full interview with Dalio here.

While financial markets are likely to react positively initially should Donald Trump prevail in October, the longer term impact on the markets could be more muted compared to if Biden is to win, Dalio said.

Dalio went on during the interview to talk about the divisiveness of populism, partisan politics and the disruptiveness of unfettered capitalism.

The man who could be described as the most influential investor in financial markets given Bridgewater’s size and the bets the fund is willing to take on global macro themes – particularly in relation to currency arbitrages, Central Bank/Treasury support programs and global income – Dalio called out the damage capitalism has caused to societies, particularly in the United States where there are now irreconcilable gaps in education, wealth and prosperity of the country’s citizens.

“Capitalists like capitalists and capitalism,” which is the reason financial markets will interpret a Trump presidential win initially,” Dalio said.

But over a longer period the spending the Democrats have outlined will invariably have more of a stimulatory effect on financial markets, Dalio said.

Dalio was also quick to point out the illusionary effect stimulus and all the government efforts have on global financial markets, giving some insight into the mechanical way the 71 year old titan of the hedge fund world thinks about, risk parity and relative value.

“We look at markets through the lens of a currency and so we judge everything on whether it goes up in that currency, but we sometimes make the mistake of not realising that sometimes those things go up really because the currency is going down.

“When you print a lot of money and take on a lot of debt, it makes it a very unattractive asset. And so what we have seen is other assets – stocks, gold and so on – rise as real interest rates have gone down.

“In other words inflation adjusted interest rates have gone down – the discount rate for all assets has gone down.

The then US president Roosevelt announced a plan to raise deficits and print money to increase spending in 1933 and that’s what Biden is saying he plans to do if he wins in October, Dalio said.