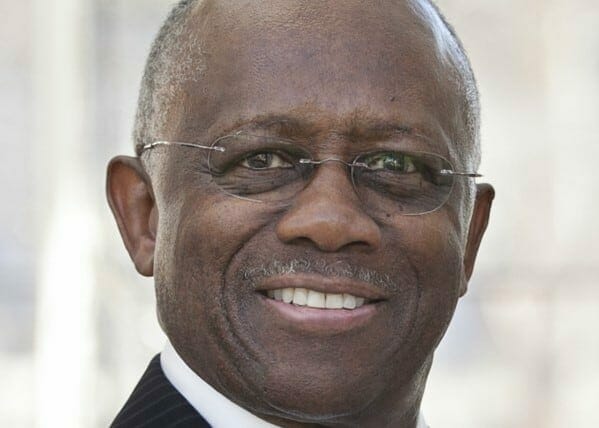 CalPERS has a moral imperative to confront racism and economic inequality, according to its chair and president, Henry Jones, who spoke to Amanda White in a Sustainability in a time of crisis podcast.

Jones talked of his own experiences including growing up in the segregated south and in more recent years being inappropriately stopped by police in LA. And he discusses the role of the investment community in standing up and working together to shape a future which is just, equal, inclusive and deeply grounded in fundamental human and civil rights.
In the podcast Jones discusses how CalPERS, the largest pension fund in the United States, is tackling these issues internally and through its investment allocations, and also how the industry can collectively change the status quo processes and behaviours around systemic inequality.

“This is both a moral imperative and economic necessity and corporate accountability is vital. We welcome the attention brought to this issue in business, and tracking racism,” he said, adding that CalPERS is undertaking a new research project to identify where to focus attention to make progress.

“Mapping racism as a systemic risk means we should track this across the portfolio, but right now we don’t have the tools or the data. It is not unlike where we were on climate as a systemic risk, we didn’t have the information and had to build a data model and action plan with our partners. We need to do that with addressing racism and have commissioned research on this.”

Jones said that there is not currently enough information for investors to track issues of racism in their portfolios and has argued that the SEC needs to enforce a disclosure framework at company level. (The SEC held its own special meeting into diversity in the asset management industry last month.)

“We know that racism is not just an issue of employment practices in the companies we invest in. It shows up in lack of healthcare, affordable housing and decent education and leads to a vicious circle of depravation and inequality,” he said. “Intersectionality is critical in how to make progress. There is no silver bullet. We would like to see institutions and cultures taking steps to alleviate these profound impacts on our people and society.”

CalPERS commitment to diversity is reflected in investment beliefs and in its strategic plan with engagement with companies and advocacy with regulators among the implementation techniques.

“We are very clear on our focus in this area,” Jones said.

In August 2016 the CalPERS investment committee adopted the fund’s sustainable investment strategic plan which among other things identified corporate board diversity and inclusion as a strategic initiative.

Over the past few years CalPERS has engaged 733 companies on the lack of diversity on its boards and since 2017, 53 per cent of those companies have added a diverse director to their boards.

The interview is part of a podcast series Sustainability in a time of crisis by Top1000funds.com in collaboration with the Principles for Responsible Investment and with the support of Robeco.

Other episodes have looked at what a sustainable recovery looks like and the role of investors in making that happen.

Masja Zandbergen who is head of sustainability integration at Robeco said there are three important long-term trends that need to be addressed: climate change, loss of biodiversity and inequality.

“This crisis has very well laid bare the flaws in our current economic system. In the future we need to prioritise fixing these issues, building more inclusive and more green economies and this will lead to good economic outcomes. But that requires a vision and leadership. Consumers, companies, investors and governments need to adapt,” she said.

She highlighted three important areas for the finance industry to be focusing on to create change:

In another episode Claudia Kruse, managing director global responsible investment and governance at APG, which with EUR 538 billion is the largest pension fund in Europe, described the fund’s long-term goal in line with a climate neutral economy by 2050 and the short-term steps to achieve that.

And Nigel Topping, who was appointed by the UK Government as the High Level Climate Action Champion for the United Nations talks, COP26 joins Fiona Reynolds chief executive of the PRI to discuss how amongst, and despite of the short-term focus of the COVID-19 crisis, government, business and investors can be mobilised around the important issue of climate change.

Given the changing nature of the global economy we think it is a good time to question whether the status quo processes and behaviours that investment professionals undertake to tackle risks and opportunities, and meet their fiduciary obligations, will be sufficient in the future.

This crisis has prompted us to be more explicit in expressing what we stand for, what we have always stood for – which is to be a catalyst for reformed fiduciary thinking.

We have developed a set of campaigns that will be driving our conversations for change in the industry.

So Top1000funds.com will campaign to drive diversity in the investment industry – this includes driving gender diversity. But we will also campaign so that everyone in the industry regardless of race, gender or sexual orientation, feels safe to be fully expressed and has an equal opportunity to be part of the success that finance can create in wealth creation for millions of people.

We’re committing to using our platform to bring these issues to light and we’ll be courageous in having these conversations in the industry so we can collectively figure out solutions to some of these huge systemic problems that shape the investment landscape, the economy and the societies in which we live.