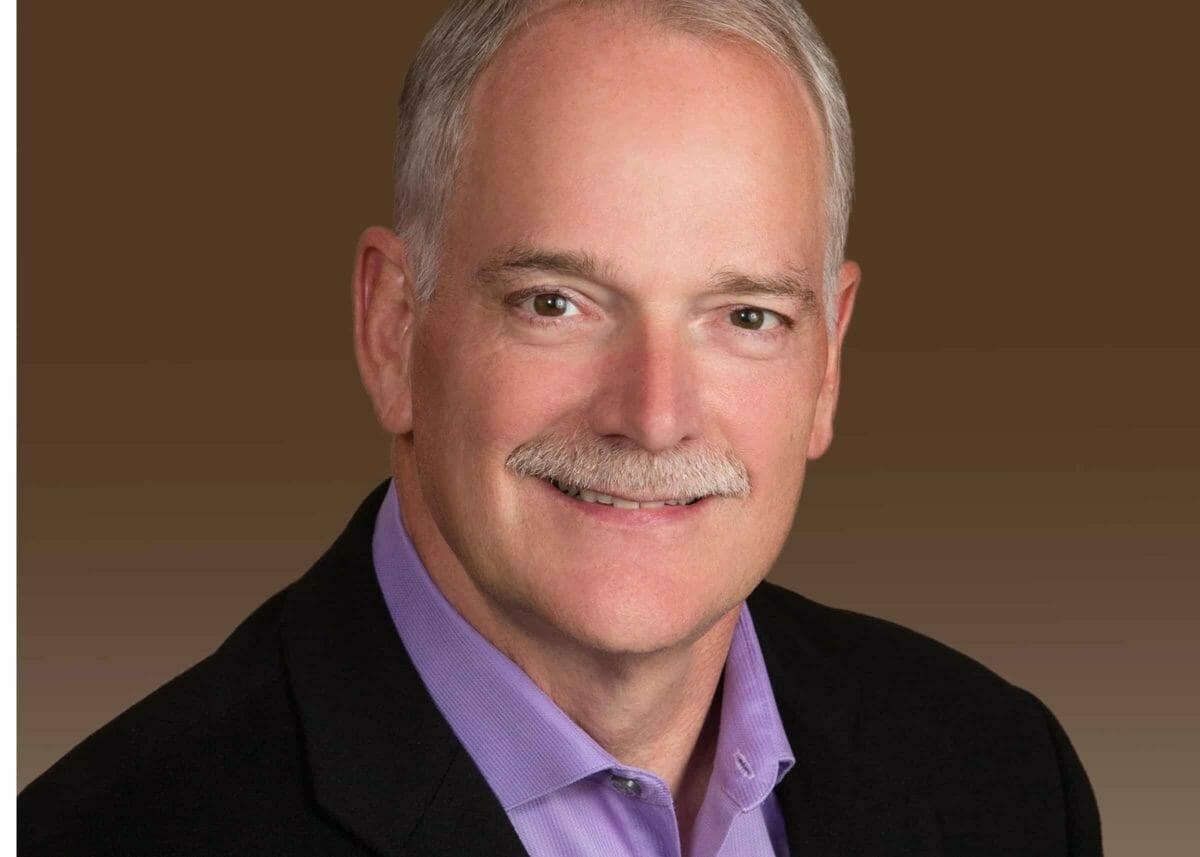 A big contributor to the long-term top decile performance of the Washington State Investment Board has been its high allocation to private markets. But it is not just the high allocation that sets the fund apart from its peers, it’s also the nature of the relationships with its GPs. Amanda White speaks to retiring CIO Gary Bruebaker about the fund’s secret sauce.

A big contributor to the top decile performance, over a 15-year period, by the Washington State Investment Board has been its high, and outperforming allocation to private markets.

Long-time chief investment officer of the $139 billion WSIB, Gary Bruebaker says it’s not too late for other institutional investors to go into private markets, but he has some very specific advice on how to make it work.

“It’s not too late for programs to increase private markets but if you’re just doing it by rolling the dice you’re wasting your time,” he says.

Bruebaker says the focus should be on investing to hire the best talent possible given the individual governance structure of an investor, and to focus on being a good partner to GPs.

“You can’t just hang out a shingle and invest with every GP that wants money, you’d be better off investing in public markets in a creative way. Investing in private markets requires commitment, loyalty, and time. New players can’t just buy the relationships that Oregon and Washington have built up over the past 40 years, but you can build the relationships to help find the alpha you need.”

WSIB has a 48 per cent allocation to private markets which has been built up since the 1980s. Bruebaker calls his joining with the pension fund 18 years ago a match made in heaven.

“My background was in private markets and it was a nice marriage given they also had a clear appreciation for private markets. We are overweight compared to our peers and most institutional investors at large, but that didn’t occur overnight.”

But it is not just the high allocation to private markets that sets the fund apart from its peers, it’s also the nature of the relationships with its GPs.

Private equity relies on long standing relationships and funds. It has 92 relationships, including some legacy funds, in that asset class. And in private real estate, where it employs 14 managers, an exclusivity defines the relationship.

“Real estate relies on direct relationships and we have control. It doesn’t look like anyone else’s RE program,” Bruebaker says.

“We invest in real estate operating companies. If you look from the outside it might look like everyone else’s, but when you drill down you see other states are LPs with 20 others and have limited governance rights, more like private equity. But if you drill down in our portfolio you find there is only one LP, it’s us. We can fire the GP without cause, and approve all acquisitions. And the performance is outstanding.”

Over a 10-year period, the private equity program has returned 14.7 per cent and real estate 10.7 per cent.

The commingled trust fund has returned 8.77 per cent since inception in 1992.

“Anyone we go into business with, they make a lot of money. We say if we go into business with you, we’re your source of capital, you don’t need to find others, we are your capital. In exchange for that we ask that they put in every dime of their liquid net worth into the fund, we want them to have skin in the game. We say you can have no other business at all, 100 per cent of your time and attention will be on this, and it works out very well for us. We approve their budgets every year including salaries.”

In private equity WSIB importantly sits on the advisory committee of every fund it invests in.

“If we can’t get on the advisory committee over the long term, then we don’t invest,” he says.

“Of 40 relationships we have, we are on the advisory committee of all, we send the same person every time, we don’t want box checkers, we want people to go and add value. We say to them, only talk when you are adding value  – we don’t care how smart you are or look – and you should always be doing due diligence when you’re in front of a GP.”

Bruebaker is keen to harness the relationships with GPs and to be a preference client for them.

Despite the high allocation to private markets, a recent CEM study found the total fee for Washington State portfolio is only 40 basis points.

“I’m an ex auditor, I started my career as a CPA, so expenses have always been fundamental to me. Alpha can be positive or negative but fees are always negative. It makes sense to me to save money money on fees,” he says.

“I’ve been doing this a for a really long time. In the 2000s market correction, fees were the only place we could make a difference, it reinforced what I always thought, fees are certain, alpha is not. But I have also been careful to manage fee negotiations because I want to be a good partner. I don’t want anyone to provide services to me and lose money doing it, it’s not sustainable. But I want them to make $100,000s after my members have made millions.”

Bruebaker gives a lot of credence to the governance of WSIB, and in particular the support of the trustee board.

“None of it would be possible without our board. They embrace the advantages of private assets and support us in being compensated for the risks we’re taking,” he says.

“Every organisation has to figure out what talent they can get and what they can pay them. In terms of governance it’s looking at how much authority the board will give you to make decisions, and if the board has turnover do they have discipline enough to stick by your long term view when things go bad.”

“For a period of time in 2008 it didn’t look very good, we lost a lot of money. We did the asset allocation with the board and they didn’t change a single thing. We had constant communication and educational sessions so they could understand where we are going.”

Bruebaker says taking an inventory of the work environment and how the governance structure limits or enhances the investment choices is a good first step for investors in the journey to investing in private markets.

“For example we live in a bonus free environment, we are paid a salary and there are no bonuses no matter how well we do, because of that there are certain individuals we can’t get to work for us. Every structure has pros and cons, there is no ideal structure.”

“They do a phenomenal job, they have constant outperformance,” he says. “I can’t pay the kind of salaries to attract the talent to manage private equity or even public equity internally so we outsource most of the management, but we don’t necessarily do it the same as everyone else.”

The real estate program is the biggest and has 12 internal investment officers dedicated to it.

“They are the most active. They’re not going to Vietnam and deciding to buy properties, and they’re not sourcing deals, but every major acquisition, is approved by them and they are approving business plans every year.”

When the fund recruits for staff, Bruebaker says it exercises the “three Gs”: green, grounded or grey.

“We look for people not long out of college, the green. People who are looking for experience and Washington sounds like an interesting place to work. For them we can say that within five years you’ll be doing things you won’t be doing at Goldman in 15 years. They get to make a difference and get very valuable experience. Occasionally we get fortunate enough to hire someone grounded. These might be people who have had experience and want to move back to Washington state to raise a family. They are grounded and there’s a reason for that. And then there’s the grey – people who have already made money and have an established career and they’re looking for the last chapter and want to work somewhere to make a difference,” he says. “At the end of the day if you want to make a difference to someone’s life, and build a solid career this is the place to be. If you want money then this is not the place to be, we pay very average public servant salaries. But we have hired several people away from endowments.”

At the end of this year, after 18 years as CIO of Washington State, Bruebaker will retire.

“After 42 years in investments I still really like what I’m doing,” he says. But he’s motivated by spending time with his family and “being the best husband, father and grandfather I can be”.

In addition to the private markets focus, one of Bruebaker’s defining investment philosophies has been discipline.

“Discipline is easy for me, it’s the core of who I am. We have to have a long term view, because we are managing the financial future of 400,000 public employees who work very hard and expecting a decent retirement. We have to have the discipline to stick to that long-term view. If the world is really different this time, which usually it isn’t, or you get something wrong, you need to be able to see that and make some changes. But for the most part you need to be disciplined to stay the course. The first thing I think of when things are going against me is how can I double down,” he says.

“For me personally [discipline] is who I am, but what’s allowed me to do it is not because it’s in my DNA, it’s been a staff that believed in my direction and supported me and a board that has had the discipline when it wasn’t very fun to be us. Without that support I couldn’t have done it.”

Washington works to be the best LP