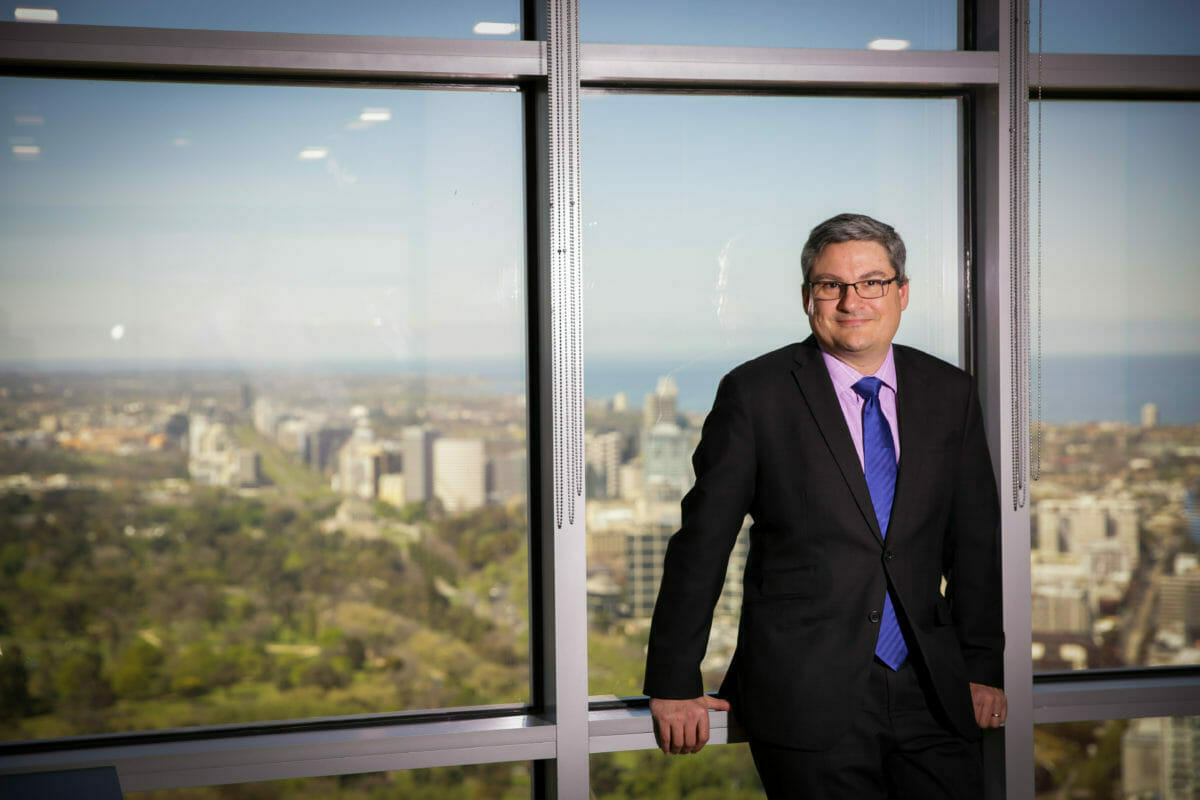 Raphael Arndt, the chief investment officer of the Future Fund, has what he calls a “bugbear”. He says the future of the “top-down, centrally controlled” model for building portfolios is under threat and favours a more nimble approach that empowers the entire investment team.

Arndt, who has been CIO at Australia’s A$175 billion ($126 billion) sovereign wealth fund since 2014 and was previously its head of infrastructure and timberland, says that while Australian and international institutional investors have been “tremendously successful,” this won’t be maintained without change.

“There’s a good level of knowledge and research that has supported how funds have built portfolios but my personal belief is that a lot of the assumptions of that research are going to be less valuable in the future,” he says.

“I think we need to start thinking more broadly about how we build portfolios and investment teams and empower those people to make decisions, but do it in a way that we don’t build silos and we still keep control over the structure of the portfolio.”

Arndt’s focus is on the Future Fund’s “joined up” investment process, which brings together top-down macro views and bottom-up sector opportunities to construct the overall portfolio.

The fund was a leading proponent of a total portfolio approach (TPA) when it established its portfolio in 2007. It does not operate with a fixed strategic asset allocation and avoids silos across asset classes.

The Future Fund was established in 2006 with the lofty task of strengthening the government’s long-term financial position.

The 12-year-old fund also exceeded its 6.6 per cent benchmark target over 10 years, delivering returns of 8.7 per cent a year over the decade.

Future Fund chair Peter Costello said at the time that “the short-term outlook is for a continuing period of sustained synchronised growth. But over the medium to longer term, a number of risks remain and continue to evolve.”

As a result, the country’s sovereign wealth fund has “slightly increased” its level of risk. “Balancing our perspective on the more positive near-term outlook with the longer-term risks that remain,” Costello said.

He added that inflationary pressures might be imminent in the US and with global interest rates normalising, there might be downward pressure on asset prices.

Arndt, who was previously an investment director with Hastings Funds Management, says many investors who still construct their portfolios based on a capital asset pricing model or mean-variance analysis – which takes the performance of assets or asset classes over history and assumes it will continue – do not take into account this changing global outlook defined by heightened or changing risks.

He describes this as “a poor way to build a portfolio”.

“When I look at the world today, I see a very different outlook,” Arndt says. “I see population growth declining and, in fact, in much of the developed world, it’s already peaked. Post the financial crisis, there has been a very big deleveraging cycle, which will probably be multi-decade. We haven’t really felt that in Australia yet but it will come, because of the amount of debt in the system.

“The patterns of economic behaviour are changing, so when I look forward I don’t see a lot of reason to think I should be confident that the way an asset will behave in the future will be the same as in the past.”

Despite this, Arndt says there have been only some “fairly simple” changes to the Future Fund’s investment approach since he joined in early 2008.

“We were evolving our investment process when the financial crisis occurred,” he recalls. “So we were able to observe and learn from both the successes and the mistakes of other long-term investors around the world in forming our own approach.”

As at June 30, 6.7 per cent (about $7.1 billion) of the Future Fund was invested in Australian equities, with a 25.5 per cent allocation to global equities (in both developed and emerging markets).

Over the June quarter, the fund increased its allocation to private equity by $1.8 billion, taking the total portfolio weighting for this asset class from 12.8 per cent to 14.1 per cent, on the back of the stronger US dollar.

Future Fund officials think of its $126 billion total FUM as a “single portfolio”.

“We call it one team, one purpose,” Arndt says. “It’s dead simple, but actually not very many funds do it because it’s quite hard to do. You need to incentivise your people at the whole-portfolio level.”

In March this year, the Future Fund made some key changes to its investment team, which it stated would strengthen the fund as it went into its second decade.

Arndt took on the twin responsibilities of CIO and chief investment strategist, along with leadership of the asset class teams. Former chief investment strategist Stephen Gilmore departed the fund in April. At the same time, former head of infrastructure and timberland Wendy Norris took up the new role of deputy CIO for private markets, while former head of debt and alternatives David George took up a second new role of deputy CIO for public markets.

Arndt says the changes were in response to an operating environment that was “getting more complex” as the fund got bigger. “It makes sense to bring the whole investment team into one group,” he says. “It’s reduced my…direct reports but, more importantly, where we’re going…we need to make sure the knowledge we have anywhere in the organisation is known to all of the fund.”

Two additional new roles were created: head of portfolio strategy (which Arndt is acting in) and chief technology officer, which the Future Fund is in the process of filling.

“Once we appoint that person [head of portfolio strategy], my focus will be on strategic things…culture, investment process…getting even better at being joined up and sharing our resources,”

Arndt explains. “We’re doing a lot of work on diversity of view and cognitive decision-making. We’ll change some of our processes around how our committees make decisions, to make sure it’s not the person that speaks the loudest or has the highest conviction who gets it.”

Getting ahead of the disruption that is predicted to come courtesy of technological change is another area Arndt is passionate about, and one that the investment team restructure was also designed to address.

He says the rate of adoption of technology is both an “opportunity and a threat”, adding that the Future Fund is spending a “not insignificant amount” of its operating budget on technology to ensure it “keeps up with or gets ahead of this wave”.

“We’ve been thinking about technological disruption for many years,” he says. “I think we’re lucky at the Future Fund because we’ve got a large venture-capital program [well over $2 billion], and hedge fund program.

Through both of these programs, we work with fund managers around the world that are really at the cutting edge of applying technology to investment decision-making.

“We can see what’s out there already…and what might be coming. We literally have fund managers who spend a billion dollars a year on investment technology, and we can see what it’s capable of doing for them.”

Arndt says the Future Fund is about three-quarters of the way through a plan to move its $23 billion equities program (across the Future Fund and Medical Research Future Fund) to a “more passive or factor- and rules-based approach that can be done through one large mandate, rather than a series of small ones”.

The fund has used new technological tools to consider whether this approach is working. Arndt says: “It’s early days, but it’s going well. Under the historic approach, we’ve made a slight positive return after fees relative to the index as a whole. But it was certainly also true that many of our active positions were cancelling each other out.

“Therefore, our risk taking in that portfolio was not efficient, from a whole portfolio point of view, even though our team was selecting relatively good managers.”

For the last two years, the Future Fund has been introducing the same approach to its global equities holdings, transitioning out of the longer-only, active-equity managers for the main.

“What makes sense for the Future Fund [in exiting those positions] won’t necessarily make sense for every other sort of investor in the community,” Arndt says. “What I would say, and I have said this to long-only equities managers…you need to be able to understand where you’re adding value. I think technology is going to be rolled out to the world in a matter of years, not much longer than that, so these managers need to make sure they are truly adding value through their skills and charging for that skill and not other things”.