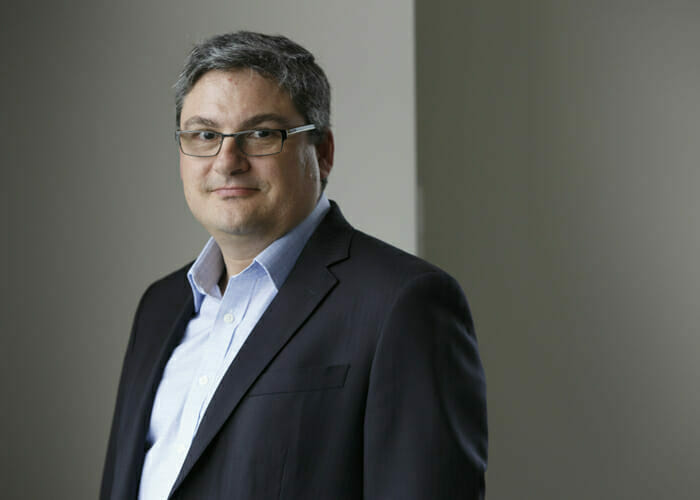 Persistently challenging market conditions mean 60:40 needs a re-think according to Raphael Arndt, chief executive of the A$240 billion Future Fund.

“The conditions where that worked don’t exist anymore,” he said. “It’s time for investors to take notice of it and act.”

He said there was a need to rethink investment strategies to cope with the difficult era ahead of stagflation, uncertainty and volatility, the response to climate change and populism increasingly shaping government decisions, prompting them to take a more aggressive approach to regulation.

Arndt said markets would be impacted by central banks withdrawing liquidity from markets- reversing policies which had been provided tailwinds for investors since the global financial crisis, a growing US Federal budget deficit which would “suck in liquidity” from investors around the world, and the pressure for decarbonisation and investment in renewable energy.

He said the period ahead was akin to the period in the wake of the US Civil War and the railway boom of the late 1880s which was followed by booms and busts in the US and Australia.

“We want to start a conversation on this as we think this is profoundly important,” he said.

The fund is keen for the investment community to start discussing the implications of the ideas in its latest position paper: The death of traditional portfolio construction.

In response to the investment challenges Arndt said the Future Fund has reduced its exposure to equities, which are now down to 25 per cent of the portfolio − compared to a more conventional portfolio which could see equities as high as 60 per cent − and increasing investment in private equity, commodities including gold for the first time and infrastructure assets.

The Future Fund has also signalled that it sees value at home in the current environment where it expects the Australian dollar will do well and is cautious about the outlook for the US dollar.

“We think more domestic exposure for an Australian investor makes more sense than it did before because of political risk and deglobalisation issues.”

The Future Fund has picked up a 3 per cent stake in Sydney airport from the New York-based Global Investment Partners which was part of the consortium of institutional investors which took the ASX listed company private in a $24 billion deal finalised in early 2022.

Other recent deals for Australia’s sovereign wealth fund including being part of a consortium in 2021 which bought Telstra’s mobile phone towers in a $2.8 billion deal and buying a 24 per cent stake in Canberra Data Centre in 2020.

In 2021 it bought renewable energy company Tilt in a deal with QIC which saw the company, which was listed on exchanges in Australia and New Zealand, delisted, and its Australasian assets split between two owners.

The Future Fund already had exposure of more than $1 billion to seven different infrastructure assets in Australia.

“We already have a lot of exposure [to traditional infrastructure in Australia],” he said. “We think there is a huge demand [for investment] to decarbonise the economy.”

Under its enabling legislation, the Future Fund is not allowed to invest directly or to own companies, having to do its investments through external funds.

The mandate for the Future Fund itself includes an investment target of 4 to 5 per cent above inflation over the investment cycle with the other funds under its umbrella each having slightly different mandates.

Ardnt said achieving returns of CPI plus 4 to 5 per cent was “incredibly challenging” in the current environment.

“We’re using every tool in our kit and we have more than most. We think we can, but it will be really challenging for us,” he said.

When it was founded, it was feared the Future Fund’s investments could cause shock waves in the Australian share market if it were rumoured to be interested in a specific company or sector.

Arndt said the fund had “vastly reduced the amount of equities we hold” because of its view that unlisted assets such as private equity and infrastructure provided much better protection against inflation.

With expectations of a prolonged period of slow growth for the world economy, the fund believes that returns from the share market will be lower and more riskier than in the years past when they were fuelled by years of low interest rates and other aggressive stimulatory policies from central banks.

The shift in thinking has seen the fund make its first investments in gold.

“Commodities should do well in a period of high inflation,” he said and the push to renewable energy would lead to an increase in demand for commodities which Australia owns.

Brake had been CIO since December 2020, taking over from Arndt when he became CEO after six years as CIO.

Arndt said he had been doing the job of CEO and CIO in recent months since Brake’s departure because of the work being undertaken for the position paper but the fund would begin thinking about the new role early in the year.

Craig Thorburn, director, in the CIO’s office at The Future Fund will speak on the position paper at the Fiduciary Investors Symposium in Singapore from March 7-9. For more information and to register click here. For asset owners only.

Singapore’s GIC invested more than any other SWF last year and fuelled by buoyant oil revenues, Gulf SWFs have had and are expected to continue their investment rampage. Elsewhere, hedge funds have proved one of the most successful allocations, particularly for ADIA, says Global SWF in its annual report.
Sarah RundellJanuary 3, 2023
View more articles