The Future Fund, Australia’s A$226 billion sovereign wealth fund, has embarked on an ambitious project instigated during the COVID crisis which includes re-examining its investment assumptions, risk tolerance and the way it allocates capital. Amanda White talks to the fund’s new CIO, Sue Brake about where the fund will be allocating in the future including alternatives and active management.

The Future Fund, Australia’s A$226 billion sovereign wealth fund, has embarked on an ambitious project instigated during the crisis. The project involves a reconsideration of investment assumptions and a questioning of key themes as the investment team endeavours to navigate an environment that includes lower for longer, greater geopolitical risk, inflation risk and changing asset class correlations. As part of the project the investment team has been re-evaluating the board’s appetite for risk, reviewing its investment beliefs and questioning its comparative advantages. It’s an all-in review of all aspects of investment that will culminate with a plan to be presented to the board this month.

The past year has been frenetic for the Future Fund reflected in the doubling of its cash holding from 9 to 18 per cent and participating in 30 investment transactions in the past six months.

Chief investment officer of the Future Fund, Sue Brake says it has been a very deliberate strategy to increase cash over the past year, however she says the cash allocation can be misleading if it is viewed in isolation.

She says the cash allocation is not about risk aversion but about risk management – and the risk of not achieving the fund’s mandate is the primary risk it faces.

“There have been disruptions in the market and we thought there would be opportunities if we were quick,” she says. “We wanted cash to be able to move quickly and so we are not taking risk off but changing it.”

The team was having a daily investment committee meeting during the height of the crisis, and was able to make some very quick decisions and deploy capital to meet the market opportunities. Much of that took place in the alternatives portfolio which has always been a large exposure for the fund, currently around 14 per cent.

“There were disruption opportunities requiring us to deploy capital quickly to new funds being raised, like fixed income where there were arbitrage opportunities. So many things were happening at the same time,” she says.

This included a manager which had been closed to new capital for a long time coming to market and approaching the Future Fund, and changing the benchmarks of managers in accordance with the function they play in the total portfolio context.

When the dust settles: review everything

But once the frenzy of market volatility stabilised and the opportunities were not so obvious, the team at the Future Fund caught its breath. And when it did, Brake says, it was obvious there were some fundamental things that had changed.

The fund takes a scenario-based approach to investing and triggered by its signposts had been watching trends and arguing about probabilities: Would MMT eventuate? What’s the hangover to fiscal policy given monetary policy is exhausted? What about geopolitical tensions and the global economy? What would happen to interest rates?

“COVID moved us in a direction where a lot of those questions were answered. We have more certainty now in a way because we have certainty about where we are going. Some things are very clear now,” Brake says.

But together with Raphael Arndt, now chief executive whose shoes Brake stepped into as CIO, they mused that there had been some fundamental shifts. They started asking what assumptions had been made in the past that might belong to an old world? What was missing, what had they not questioned? And what investment assumptions were no longer true?

A project structure was developed around these questions – so the team didn’t get stuck in blue sky thinking – and that project is now coming to an end.

The first of five workstreams examined what might be already “known” and a number of points came out of that which have already been acted upon including: there is a higher chance of inflation on the horizon, geopolitical tension has increased, and markets are more fragile now which also has a currency impact.

These ideas fed some of the transactions the fund has made in the past year including taking advantage of some very cheap pricing in inflation. It has also diversified away from the US dollar, adding more currencies and it is now has much lower exposure to any one currency risk. And it made an allocation to commodities for the first time.

In addition, she says the listed tangible markets – in infrastructure and property – looked cheap compared to equities and the fund took a large position in those.

“Our managers are doing most of the hard work for us deploying capital into technology opportunities. It has been a very big transactional year across the board.”

But while the first of the five workstreams dealt with the more obvious themes in the market the rest of the project has perhaps been more challenging. Staff were engaged in a wiki survey – an evolving survey driven by contributions from respondents. It was ceded with five things that have changed because of COVID and as staff responded to the survey, and added and voted on peer contributions, that list grew to 40.

“My idea was to focus on 10 things but we got to 40 and they were all equally voted which was interesting but not helpful in prioritising,” Brake says. “We got it down to 10 and discussed those with the board. It was a deeper than usual review of the investment strategy and my first as CIO. It couldn’t have been a better topic to talk to the board about.”

The fund also then reviewed its investment beliefs, re-tested the risk tolerance of the board and refreshed its comparative advantages.

“We thought if we are going to be bold what should we bold with, what’s our edge?”

All of that thinking has been brought together with a new strategy that Brake and the team will present to the board this month on what it intends to do.

What is a defensive asset?

Brake, who relocated to Melbourne for what might be classified as the top investment job in the country, came to Australia in 2016 with Willis Towers Watson and was hired by the Future Fund as its third deputy CIO for portfolio strategy in 2019. She had previously been at what many observers see as the Future Fund’s cousin, New Zealand Super, which also takes a total portfolio approach.

As she looks to the total portfolio she says she is very sceptical about bond and equity correlations going forward. The team has spent considerable time talking about bond yields and the potential for negative interest rates.

“The market is up 40 per cent for the year. The market is right it’s lower for longer and that could be extending out for quite a period because central banks are getting us out of this economic hole that COVID caused,” she says. “That is priced into markets and discount rates lowered so prices have jumped. But what that means is the sensitivity to those interest rates is higher. Bonds look very risky so the extent to which you have interest rate sensitivity in other assets they all look risky and are correlated. It may take a different environment and some time to go back to the world where the correlation is negative. A 60-40 is not such an intuitive portfolio anymore.”

To counter this, Brake says some investors are thinking about combining a risky asset with a short bond position and others are trying to find other defensive assets.

“Our conclusion is there is no defensive asset, so we have to think about how to risk manage our portfolio differently.”

She says because of that view the Future Fund has more interest in anything that is uncorrelated to equities, including the alternatives portfolio it is already active in.

Brake is adamant there will be more focus on active management going forward. She says relying on basic betas, or passive exposures to anything, is much riskier than it used to be.

“We are using our comparative advantages and the excess return-seeking machine we have built and will work that hard and find non-beta return to have more confidence in this environment,” she says. “We have been on this ridiculous, longest-ever bull run in equity markets and we can’t project that forward and say it will keep happening.”

The fund is also looking more carefully at its regional exposures and will get more granular in its allocations.

“Because of increased geopolitical risk we have never been more conscious of where we are investing,” Brake says. “Asset specific geopolitical risk has gone up and that makes domestic investing more attractive because we understand the environment. We are exploring getting more granular in regional allocations, if we can eek out some extra returns or reduce risk by doing that we will.”

The task is large. Featuring in the top 10 issues being presented to the board include inflation, climate risk, the end of globalisation and what it means for cashflows, and the lower for longer environment.

“Because we have a scenario approach and we know risk is multi-faceted, it’s all encompassing. We’re looking at how we build scenarios and portfolios to give justice to it all.” 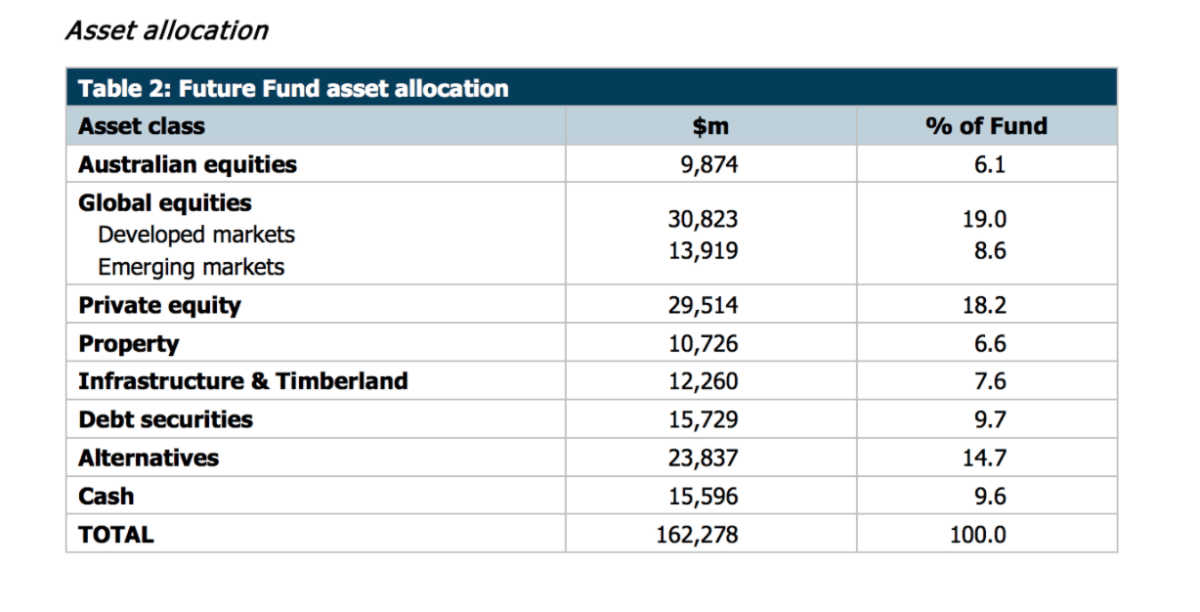