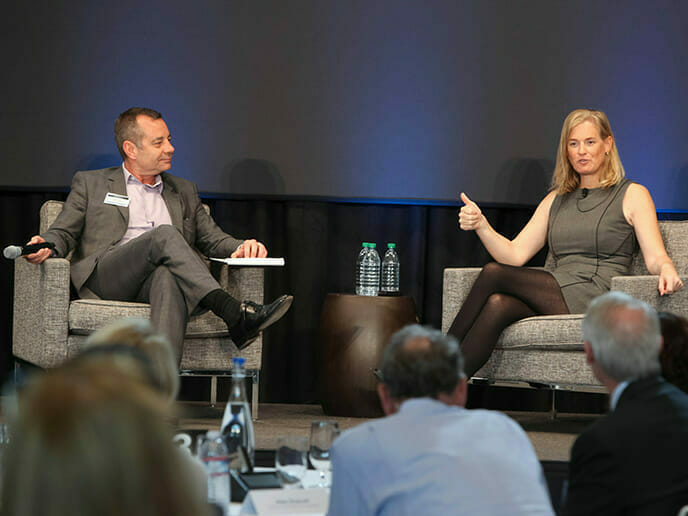 Investors hunting opportunities in AI should focus only on projects and innovation that find solutions to today’s problems, said Dr Vivienne Ming, a theoretical neuroscientist, technologist and entrepreneur, who spoke at the Fiduciary Investors Symposium at Stanford University.

Ming charted her experience using AI to address enduring disabilities in children. She said the technology was “meaningless” unless it was applied to solve hard problems. She noted that AI has “nefarious” possibilities and said the technology should be measured by its “purpose” and “sacrifice” and that people “getting rich” by developing AI technology had clear conflicts of interest.

Ming told delegates her most personal AI project was developing a model to treat her diabetic son. The technology, which can predict hours into the future what his blood sugar would be, became the first AI treatment for the disease.

“It is a multitrillion-dollar industry, yet some woman who had a sick son was the first person to do this – and not because I am a genius,” Ming said.

Now innovation in diabetes includes a ‘smart pancreas’ that acts like a thermostat. In other areas, AI is being used to predict manic episodes for bipolar sufferers’ weeks before they happen. Ming is also working to solve problems that will have an impact on policy; for example, AI could have provided early signals of the housing crisis, she said.

In another project, Ming has helped build wearable technology to allow autistic children to read and facial expressions, allowing them to learn what they mean.

“This doesn’t come for free with autism like it does for most of us,” she said. Another missing attribute with autism is empathy and with the technology autistic children were able to develop that, too.

“Kids who learned to read expressions, learned empathy,” Ming said. It was like granting a superpower to people who otherwise “felt like aliens”.

In yet another project, she is using AI to help children with brain damage recover lost memories.

“Where their life story has been taken away, AI can give them a boost and push them back to the person they could have been,” she said.

Ming spoke of applying the technology to help boost learning for people with poor memories, pointing to statistics that say a better working memory can lead to a 15 per cent to 30 per cent increase in lifetime earnings. It could be applied to children who suffer household stress, which is proven to decrease working memory, or kids growing up in war zones like Syria.

AI will transform work, but not the way many now predict, Ming said. Low-paid jobs will continue to exist but intellectually demanding roles such as lawyer and doctor will disappear – along with software developers, she said.

“Silicon Valley is full of software developers that don’t have jobs. Everyone thinks writing code is a guarantee of a job, but the vast majority of code is going to be written by AI,” she said.

“Humans took 90 minutes to read each contract, AI took 22 seconds,” she said. Although the technology didn’t know what to do with the knowledge, she said, law firms won’t keep expensive professional staff who spend the bulk of their time reading contracts when technology can do it for free. AI will make de-professionalisation an overwhelming trend, she predicted. There are a hundred start-ups around the world targeting people who do cognitively demanding, complex – but largely rote – tasks, Ming said. The most sought-after people will be creative problem solvers.

Ming urged delegates to invest in projects that would reap long-term rewards that won’t directly benefit them because investing with a strength of purpose results in people living longer, and happier lives.

“Investing in the future pays back,” she said, and added that AI models with purpose should be given away for free. First-movers in technology have reaped massive benefits when they’ve released little-understood technologies in the world but AI must be available for all, Ming argued.

AI’s ability to increase childhood intelligence should be a “universal vaccine”, rather than a present wealthy people can give their children, she said.