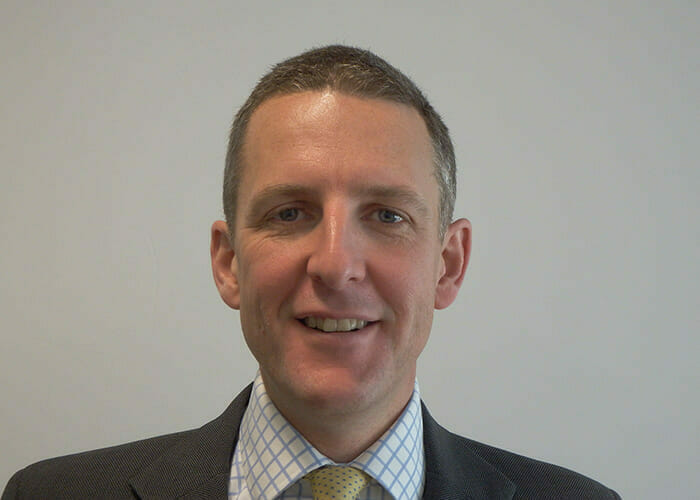 On the seventh-floor London offices of RPMI Railpen, investment manager for the £28 billion ($37 billion) pension fund for the UK’s railway workers, young quants wearing headphones sit alongside a property team where investment insight comes from pounding the streets in hard hats and yellow jackets, rather than scanning screens and data.

In 2017, Railpen bought all its commercial property assets in house and boosted its own equity trading capabilities in alternative risk premia and fundamental growth, recruiting 23 new staff. By the end of this year, about two-thirds of the equity allocation will be in-house.

Fresh faces have added to diversity and internal management is also fostering a different sense of responsibility, new chief investment officer Richard Williams says, with an insight drawn from four years as investment director before taking his current role.

“In the past, it was all about overseeing others investing on our behalf,” Williams says. “Now we are doing it ourselves. It’s very different because if it is wrong it’s our fault. We don’t have anybody else to blame.”

Williams is Railpen’s first CIO. The pension fund created the role only after chief executive Chris Hitchen left at the end of last year.

Bringing the property allocation in house has lowered investment costs but it has also given Railpen much more control – the primary rationale behind the move.

“It is much easier to align internal staff with our long-term mission than [to align] third parties who are often allocating properties between multiple clients,” Williams explains. “Our property team also has the same benchmark as the fund’s return objective, whereas a third-party manager will want to outperform a market index that has no relevance to us.”

Property lies in Railpen’s Growth Fund, it’s largest of the five pooled funds available to all employers, which accounts for about two-thirds of scheme assets. The growth pool also includes allocations to equity, fixed income via high-yield and emerging-market debt, and total return. It targets a long-term performance of 4 per cent annually above the Retail Price Index; last year, it returned 11.7 per cent.

The ability to control strategy is proving particularly important as the property team navigates the fund’s exposure to UK retail assets struggling under Amazon-fuelled High-Street stress. The team, headed up by Anna Rule, also has a fresh perspective that enables objectivity.

“We have quite a large retail property exposure but our confidence level in dealing with this with an internal team is much higher,” Williams says. “We don’t query the alignment of interest and the team hasn’t fallen in love with particular assets because they developed them and have owned them for 10 years. We are fresh to the situation and can proceed accordingly.”

Property accounts for about 12 per cent of the Growth Fund and is all UK property.

The same access to internal expertise will also help the fund act on surprising trends in the equity allocation. Equities make up about 65 per cent of the Growth Fund, and about three-quarters of equities is now invested in systematic alternative risk premia strategies. The recent transformation of Railpen’s equity allocation looked significant. The fund has moved management in-house, swapped judgemental portfolios for more quantitative strategies and reduced the number of portfolios from about 20 to 10.

Allocations include the risk premia strategies, made up of single alternative risk premia factor portfolios and a multifactor composite portfolio, and a concentrated portfolio investing in leading companies with sustainable structural earnings growth. The equity allocation has outperformed the market and, as intended, total investment costs for the Growth Fund have shrunk to about 50 basis points, half what the fund was paying before. Yet a recent deep dive revealed that despite the high-level changes, the portfolio wasn’t as different as Williams thought and Railpen is now reassessing its equity portfolio again.

His main concern is that the portfolio is over-diversified and not taking a significant amount of stock-specific risk. The quant strategies are also spread across a wide range of factors, such as value, momentum, low volatility, income and quality, some of which overlap so that the aspect of one factor crops up in another. One way of eliminating this inefficiency could be having the team introduce more quantitative portfolios that incorporate all Railpen’s factor models in the one single envelope.

“Maybe this is a better route to pursue, rather than have lots of different portfolios,” Williams says.

Williams has no plans to reduce equity risk, despite acknowledging that a correction lies ahead.

He doesn’t want to de-risk because the best returns tend to come in the last part of the economic cycle and the cost of getting it wrong is high. He is also just as wary of investors’ ability to time turning points as he is of the many predictions of a downturn. His team is explaining to stakeholders how the fund might perform in a downturn and readying strategies to put in place if there is a reversal.

These include using leverage. Railpen’s high return target means the fund is usually fully invested, leaving little readily available cash to step in and buy assets in a counter-cyclical way if prices do fall. Therefore, Williams is considering how best to access money, either via derivatives exposure or explicitly borrowing, should the need arise.

“It is more likely we will do more of the former [via derivatives], than the latter, but taking leverage in times of stress is quite bold. We won’t leverage up exactly at the bottom so it’s very important that we’ve all thought about it beforehand and have the confidence to act when the situation arises.”

As for picking where opportunities might manifest, he says areas that suffered in the last downturn are less likely to suffer to the same extent next time around.

He is also steering away from trading-oriented strategies because the fund has found more success in recent months diversifying into structural investments. Trend-following strategies and emerging-market debt, particularly local currency investments, have struggled, for example. In contrast, Railpen’s investments in royalty seams in the music and healthcare industries, where success is linked to sourcing interesting opportunities, have been more successful.

But it is in private markets where strategy is going in the most new and exciting directions. In a process overseen by Paul Bishop, Railpen’s head of private markets, the fund has set up a joint venture with the $66 billion Alaska Permanent Fund and the Public Institution for Social Security (PIFSS) in Kuwait to better access private markets where competition and elevated prices have crimped opportunities. The trio’s joint venture, Capital Constellation, will invest in private equity and alternatives managers and plans to deploy more than $1.5 billion in the next five years.

The process has revealed important lessons, none more so than a need to find partners that bring different elements to the party. In Railpen’s case, this includes ESG experience and UK presence, he says.

“It is also about finding heterogeneous skill sets that blend together,” Williams explains. “There are lots of hurdles to jump through and we would like to do more initiatives like Capital Constellation, but only time will tell if we do. It won’t be for lack of intention.”

It is also important to prepare the ground at the beginning of a collaboration in case things grow tricky in the future.

“It is a little bit like a [prenuptial agreement],” Williams says. “If it doesn’t work out, all parties need to know how they can separate without it getting too acrimonious. I’m not suggesting the best marriages have to have a prenup, but sometimes love isn’t enough.”

Railpen now manages about a quarter of assets internally and despite the benefits, Williams is not planning to bring any more in-house. He doesn’t want internal allocations that are “too complicated” and favours managing internally only those assets that the fund will always invest in, like UK property and equity. In contrast, allocations to high-yield bonds, where the fund will invest for a while but probably not forever, and where research is burdensome and complicated, are better outsourced. Railpen’s manager relationships are also governed by a fresh determination to align fees with the service the manager is giving.

“We want our managers to show us exactly what they are doing for us, and then we can pay appropriately for that service. What we are less keen on is fees where we can’t link the fee structure to the actual service being provided. If people are sourcing assets we pay for sourcing assets, if they are managing assets, we pay for that management.”