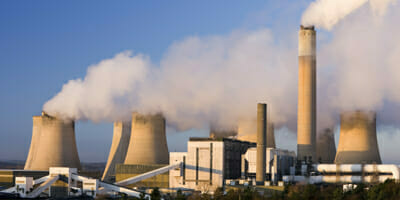 The Norwegian Parliament’s finance committee recommendations to direct the Government Pension Fund Global to divest from companies that generate more than 30 per cent of their output or revenue from coal-related activities, is the evolution of a climate-related investment strategy that dates back to 2010. Amanda White explores the raft of tools the fund uses to execute its strategy to combat climate risk, including divestment, a tool it actively uses for other criteria as well.

Companies that generate more than 30 per cent of their output or revenue from coal-related activities is the latest criteria for investment exclusion by the 6.9 trillion Kroner ($894 billion) Government Pension Fund Global.

Climate change is one of three themes that Norges Bank Investment Management (NBIM), which manages the pension fund assets, adopts in its responsible investment outlook (the other two are children’s rights and water management), and the fund has clear expectations of the companies it invests:

“We expect companies to analyse how the challenges of climate change will impact their operations and to develop plans and targets for managing climate risk. We have been assessing selected companies exposed to climate risk since 2010,” it states in its responsible investment report.

Torstein Tvedt Solberg, chair of the Storting’s Standing Committee on Finance and Economic Affairs which made the recommendations which will be voted in Parliament today, says there has been a gradual development of the tool-set to tackle climate risk, and divestment is a stronger tool to continue the climate work.

With regard to divestment, the Council on Ethics makes recommendations to Norges Bank on the exclusion of companies, while Norges Bank makes the implementation decisions. In addition to these ethically motivated exclusions, Norges Bank makes risk-based divestments within the scope of the mandate set by the Ministry.

“The Parliament has played a role in how to broaden the mandates and sectors involved in those guidelines which started with ethical human rights, then weapons including banning nuclear weapons and cluster bombs. In 2009 after a very thorough review of the guidelines, climate entered into the discussion,” Solberg says.

“This long term perspective is why the Labour Party wanted to divest from coal. We have been inspired by ongoing discussion of coal and divestment but it has been on our agenda for a long time,” he says. “This decision is both a target and political vehicle to help reach the 2 per cent target, and a climate risk investment strategy for the fund.”

Risk-based divestments have been a big part of the fund’s strategy, alongside its work on standard setting and ownership strategies including voting, interaction with companies and engagement with boards.

There is an argument that divestment does not have the desired effect of influencing the companies involved because ownership is simply transferred from one owner to another. This seemed to be true in the case of South African divestment, where a 1999 study found the extensive divestment campaign in response to apartheid, had little to no impact on the public market valuations of those companies.

However it could be argued divestment from coal producers is different, if forward looking investment projections on the coal industry are anything to go by.

In Mercer’s new report, Investing in a time of climate change, released today, it estimates that depending on the climate scenario that plays out, average annual returns from the coal sub-sector could fall by anywhere between 18 and 74 per cent over the next 35 years. Mercer estimates the effects will be more pronounced over the next 10 years, eroding between 26 and 138 per cent of average annual returns over that time period.

NBIM spokesperson Marthe Skaar was reluctant to discuss implementation of the divestment of these companies, as the new rules will not take effect before next year.

However she said: “in general we have high focus on implementing trades in a cost efficient way with limited market impact.”

“We do not know the value of the companies that will be affected by this ruling. Minister of Finance Siv Jensen has previously stated that, if there is reached an agreement on ‘a 30 per cent threshold, the number of companies in the funds benchmark index will be around 50-75 companies, with a market value of around 35-40 billion kroner’,” she said.

“Norges Bank Investment Management manages the Government Pension Fund Global on behalf of our formal owner the Ministry of Finance. NBIM operates according to a mandate that is agreed upon by the Parliament,” Skaar says, “and the Parliament has now looked into the question of divestment from coal.”

The fund also actively uses engagement to initiate change, and Labour MP, Solberg believes how the fund works with companies could be where the biggest change comes from.

“We invest in 9,000 different companies, so where to focus on engagement is often asked. Now climate risk a bigger focus in our engagement.”

Environmental, social and governance issues are integrated into the investment process and based on these assessments, the fund chose to divest from 49 companies in 2014 where it was considered there was high levels of uncertainty about the sustainability of their business model. The fund has divested from 114 companies in the past three years.

As part of the focus on climate change, the fund looked at greenhouse gas emissions from companies in the portfolio.

It says that companies that rely on value chains with particularly high greenhouse gas emissions may be exposed to risk from regulatory or other changes, leading to a fall in demand.

“Companies that produce coal for electricity generation could, for example, encounter such challenges. We divested from 14 companies in the coal-mining sector in 2014, paying particular attention to how heavily these companies were exposed to the energy markets.”

The calculations showed that overall emission intensity was lower than for the fund’s equity benchmark index.

“We performed 917 company assessments in 2014, of which 415 were related to climate change management, 269 to water management and 233 to children’s rights.”

The companies assessed accounted for 25 per cent of the equity portfolio’s market value at the end of the year.

Guidelines for observation and exclusion from the Government Pension Fund Global

Companies that generate more than 30 per cent of their output or revenue from coal-related activities is the latest criteria for investment exclusion by the Government Pension Fund Global. It is the ninth such criteria with the others outlined below.

The fund shall not be invested in companies which themselves or through entities they control:

Companies may be put under observation or be excluded if there is an unacceptable risk that the company contributes to or is responsible for: