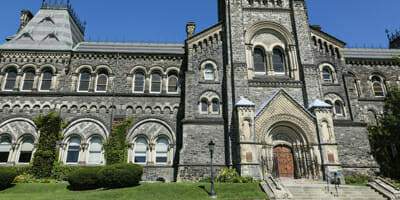 The $6.6 billion University of Toronto Asset Management made some significant active tilts last year resulting in the return on the university’s main portfolio exceeding target return by about 10 per cent. Amanda White spoke to president and chief executive, Bill Moriarty.

However this year looks like one of “blocking and tackling” he says.

Last year UTAM made a number of tilts that worked well, including reducing government bond exposures to the minimum level within its band and substituting it for an internally customised absolute return portfolio.

“The portfolio we put together generated about 8 per cent return versus government bonds at about -2 per cent,” he says.

In reality the actual portfolio is agnostic to implementation and has private and public market allocations as well as long/short strategies.

In addition to the move away from government bonds, the UTAM team made a significant tilt away from traditional credit, something that Moriarty says it will continue to do.

“We have moved away from investment grade and high yield and more into specialised strategies and products such as direct lending and structured credit,” he says. “Moving to areas of markets where there is complexity and dislocation but not the flow of liquidity.”

Other tilts he said that have been testament to the team working well have been the manager selection in EAFE and Canadian allocations, as well as about 50 basis points added from currency bets.

“We’ve had a had a pretty good. It’s great, but I’m conscious we should enjoy it while the sun shines, successful investing doesn’t happen in the short term, it has to be long term,” Moriarty says.

“Last year it was easy to make better beta bets, but that’s more difficult now. We are now in a period of blocking and tackling.”

What this means is that within in the individual sleeves, or within asset classes, there has to be more attention to the opportunities and strategies employed, with less attention paid to the beta or strategic bets.

For example UTAM has a 10 per cent allocation to emerging markets, predominantly in public market equities. Now the team is examining whether there is a better way to allocate within emerging markets.

“We believe in active management so we are looking at things like regional tilts or sector bets. We have taken a little out of US equities and re-deploying that. We are also still intrigued by credit opportunities, we think there is reason to believe that fault levels in credit will stay moderate and there are dislocated pockets.”

UTAM has allocated to European credit in the past year, and is also looking at what it says are considerable opportunities in China, through the A-shares market.

UTAM’s target return is 4 per cent plus inflation and in the past year returned 1000 basis points over that. Part of that has come from market return with the reference portfolio outperforming by 700 basis points, and then active management added another 300 basis points.

He investment process is to look at the underlying factors or return drivers are equity, interest rates, credit, inflation, currency and cash, and while there is no discrete allocation to private markets, in in actuality and implementation of the investments the team can choose whether the best opportunity is in a long only, long/short or a private markets manager.

“We look at the underlying risk drivers in those three and look at return payoffs,” Moriarty says. “We have a mixture of trading strategies but we like managers who are more concentrated – what their edge or approach is, active share.”

UTAM employs 19 people, about 12 of which are investment professionals. It doesn’t have

dedicated people to public, private markets, rather everyone is encouraged to think whether there will be better return from liquid or illiquid implementation.

“We work on making sure the process is thoughtful, repeatable and the people are committed to it. They don’t have to fill the bucket,” he says.

In Canada, like other markets including Sweden and Australia, there is a constant dialogue about consolidation and the fact large funds can achieve better results.

But Moriarty believes his team’s performance over the past year is testament to the fact moderate sized team and assets can generate returns above your reference portfolio.

“You don’t have to be huge to earn alpha?” he asks.