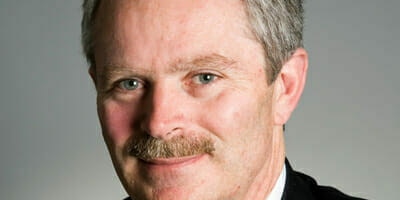 The $51.6 billion Canadian fund, HOOPP, returned 8.55 per cent for the 2013 financial year, exactly half the return of 2012. But it finished the year in a better position than the year before, demonstrating that returns are only half the story. Amanda White spoke to Jim Keohane about the funds liability-driven investment style.

The Healthcare of Ontario Pension Plan (HOOPP) finished 2013 with a funding status 10 per cent higher than in 2012, putting the defined benefit plan in a great position of 114 per cent funded.

A couple of years ago HOOPP moved to a liability-driven investing approach, and now divides its portfolio into two distinct parts: a liability hedging portfolio, where all the physical assets are invested, and a return-seeking portfolio, implemented entirely through derivatives.

In the past year the liability hedge portfolio lost $1.4 billion, which compares to a gain in that portfolio of $2.2 billion the year before. This year’s loss was due to the interest rate increases across the yield curve resulting in market-to-market losses on the fixed income portfolios.

The rise in interest rates also had the effect of the discount rate, used to calculate the present value of HOOPP’s pension obligation moving to 6.25 per cent, from 6 per cent the year before.

This meant that the total pension obligations were lowered by about $1.5 billion, which was offset by the change in the hedge portfolio of -$1.438 billion.

“Some of our peers may get better returns than us, we are ok with that, we have more bonds than them. Our objective is not to beat our peers but to increase our funding rates. We look at the return on our liabilities, which was 10 per cent, not the return on our assets,” the fund’s chief executive, Jim Keohane says.

The fund manages assets actively in house, making active decisions to move along the yield curve, and using futures, swaps and options to get returns.

The return-seeking portfolio, which gets equity, credit and beta exposures through derivatives is all managed internally including absolute return strategies, making it more like the proprietary desk of an investment bank than a pension fund.

If the notional value of the derivatives was added up the exposure is something like $200 billion, but that’s not really representational because it is long/short.

“In risk terms the exposure is quite small, because they are all relative value strategies,” Keohane says.

In 2013 value was added in both portfolios, and in the liability hedge it reduced its bond holdings relative to the policy benchmark. Where the strategic position is around 70 per cent in bonds, there was a tactical active decision to reduce it to around 60 per cent.

In addition the holdings were re-positioned out of the mid-term bonds into cash and short-term and long-term bonds.

“We are adjusting our fixed income exposures constantly, shifting with the yield curve,” he says. “The risk premium is very skinny and it is hard to find things.”

HOOPP has been overweight credit and equities since 2008 and is now neutral to short on both fronts.

“Equities have been trading at a 10-15 per cent discount, and were at a 40 per cent discount in 2008, but the market is pricing in good news now. The same is true in corporate credit, spreads are as tight as they were in 2007 so you’re not being paid as much to take risk, so we are dialling that down.”

Instead HOOPP is overweight short-term bonds, and within real estate also sees some opportunities.

Given the fund’s envious funding position, now at 114 per cent, the investment strategy is to proceed with caution.

“We are in good shape from a funding point of view, we don’t need to take a lot of risk. We’re cautious.”

The fund has, however, been doing a lot of work on factor analysis, and  has built its own risk tools with a view to moving towards a risk based approach to asset allocation rather than rules-based capital allocation approach.

“We have built the tools to look at the contribution of risk to the portfolio, and we are now looking at the language in our policy documents to move that in.”

Interestingly the risk analysis has revealed that the portfolio doesn’t have as much credit risk as the team thought, so there is room to allocate more.

The biggest contributors to risk are a decline in long-term interest rates, an unexpected rise in inflation, and equity market risk.

“Liability-driven investing is the best way to manage those,” he says.