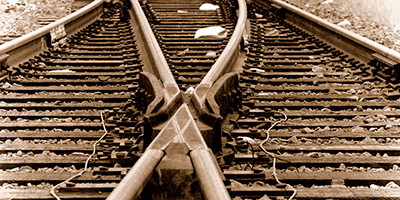 UK local authority schemes are under pressure to merge. It’s their turn to suggest ways in which pooling investments, or adminstriation, could achieve the economies of scale necessary for survival, but many are resisting the notion that “bigger is better” when it comes to investments.

The United Kingdom’s local government pension schemes have begun to publish responses to the government’s call for evidence on how to improve investment returns and deal with deficits within the sector.

The 89 separate funds in England and Wales have combined assets of £187 billion ($301 billion) but are all run individually. Pressure to consolidate the different schemes has stepped up since Lord Hutton suggested pooling funds in his review of UK public sector pension funds.

It seems that while responses from local authority schemes acknowledge the need for change most remain lukewarm on any merged, larger schemes.

The London Pension Fund Authority (LPFA) is one of the loudest supporters of structural reform.

The local authority administrator, manager of the $7.4 billion Greater London Authority (GLA) fund and also a service provider for six additional London-based funds, promotes its vision of LGPS “super pools” in its response.

“Our solution is to create super pools on a buy-in model, where local employers are responsible both for historic deficits and for holding the super pool manager to account. The super pool is responsible for asset allocation, fund management, liability management and administration,” suggests the fund.

It proposes five regional authorities, each managing assets of around $48 billion but says voluntary groupings of local funds would also work.

The $5.6 billion billion Nottinghamshire County Council Pension Fund argues that before considering the creation of regional funds, or any other form of merged fund, proper evidence should be collated to determine whether ‘bigger means better’ in terms of investment returns.

The $8 billion Lancashire Pension Fund, one of the top 10 of the local schemes, similarly “reads nothing” into a fund’s size equating to better returns.

However it notes the increasing prevalence of framework agreements and joint working amongst schemes.

Going forward this could manifest in the creation of investment management teams shared between small funds providing access to a level of in-house resources.

This would “challenge the easy nostrums sold by many of the investment consulting firms who operate as the de facto overall managers of some LGPS funds,” says Lancashire.

“This would allow the smaller funds to achieve access to a valuable form of investment that they might otherwise not be able to achieve,” suggests Lancashire.

Barriers to a single investment strategy

The call for evidence asked schemes how to improve investment returns.

“There is no secret formula to improving investment returns,” says Nottinghamshire.

Chasing ‘flavour of the month’ investment strategies or changing strategies every year or two will not help provide sufficient long term returns, and could increase costs.

“The Nottinghamshire Fund’s performance has been good partly because we have not constantly switched strategies and managers. Both need time to demonstrate whether they are working, particularly as the costs involved in changing can be high.”

The role of service providers

Esoteric investments “dreamed up by asset managers and investment banks” are more likely to create unintended consequences and cause damage to long term returns. In-house investment may help to improve long term returns as there will generally be less focus on short term gains and trends, it argues.

Schemes maintain they are keeping a lid on fees. Nottinghamshire says that its own investment management costs are already low at only 0.18 per cent of net assets in 2012/13.

Lancashire’s response is similar: “The thinking behind the call for evidence seems to be that a smaller number of larger funds will inevitably pay less and perform better. There is no evidence to support this. The Lancashire fund already pays the managers’ lowest tier of fees due to the size of mandate which it awards and its ability to negotiate favourable terms.”

How to tackle deficits

Dealing with deficits within the LGPS, up by an estimated 15 per cent in 2012, was another concern.

Nottinghamshire, which has 38,000 active members, 35,000 deferred members and 30,000 pensioner members, argues the problem lies in how the deficit is calculated.

“Focusing on one liability figure, affected hugely by the assumptions within the discount rate, is unhelpful and creates unnecessary concern within the wider public. Pension funding is not a simple issue and shouldn’t be treated as such.”

A movement of just 0.1 per cent in the discount rate changes our liabilities by over $201 million, says Nottinghamshire.

“As one of the main components of the discount rate, increasing bond yields could, at a stroke, wipe out the deficit. Across the LGPS as a whole, such movements in liabilities would far outweigh any cost savings that can be achieved through merged funds.”

Reform should focus on finding a better way to assess the financial position of funds and their ability to pay future pensions, it concludes.

Local funds were also asked what was needed to encourage more investment in infrastructure.

Once again fund’s demanded independence to set strategy themselves.

“Whether to invest in infrastructure is a decision to be made on the basis of the valuation and the return requirements of each fund. An assumption that infrastructure is good for all funds is wrong. Regeneration is not a primary role of pension funds and the risk/return profile of infrastructure investments must be considered,” says Nottinghamshire.