Home>Featured Story>Culture, purpose and empowerment pay in the battle for talent 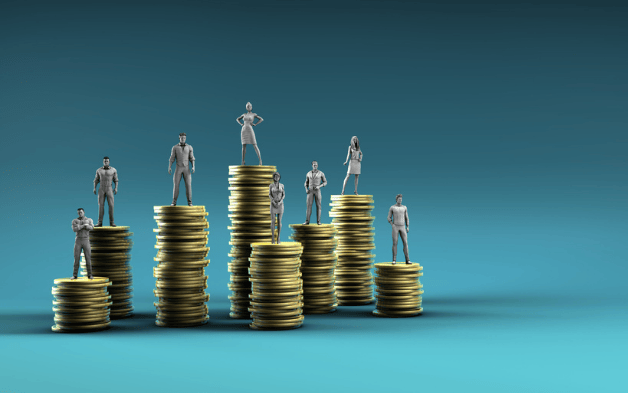 “We’ve had significant success hiring people who care about the mission and have bought into who and what we are,” says Richard Tomlinson, CIO of Local Pensions Partnership Investments, the £22 billion asset manager for three Local Government Pension Scheme funds in the United Kingdom. Public sector pension funds might not be able to pay investment teams as much as the private sector, but as fierce competition for talent rages, particularly in sustainability, asset owners have key ways to attract talent. “It can take quite a while to hire, but you can find good people,” he says.

Success comes down to culture, clarity on goals, appreciation and offering an environment where people can grow and feel valued. “Many people want a job with purpose; they want to be empowered,” says Tomlinson who’s studying of leadership and team building techniques practised by the likes of New Zealand’s All Blacks and the Navy Seals has instilled his own belief that these factors are just as important as pay in recruiting and retaining talent in LPPI’s 57-strong investment team.

It’s a particularly important message to get across in the hunt for mid-career investment expertise where the competition of talent is most intense. Mid-level candidates, often at the most expensive time in their life, will still opt for purpose, culture, and people over salary, he insists. “Money matters much more for the middle bracket but purpose, culture and people really do matter too.” In contrast, the hunt for talent isn’t as fierce at junior or senior levels: junior hires without huge experience can’t command top whack, while senior roles are often filled by candidates who are less motivated by money.

The rising cost of talent and salary inflation could play into LPPI’s ability to continue to cut costs. LPPI’s total investment management fee savings was £164.13m at the end of March 2021 thanks, in the main, to bringing investments in-house with a third of the portfolio now managed internally.  However, not only are internal salaries going up, Tomlinson explains that sustainability and data systems to support net zero commitments are pushing costs up even more. “When I started, we had one person in the responsible investment team but now it’s five.”

Nor does he see much room to cut costs further via changing the asset allocation or bringing more assets in house. “We can probably do a bit more internally, but we have a healthy spread now between what we are paying externally and internal efficiencies: we have a good frame around our fees, costs and performance.”

He also argues that driving costs down should always been seen in the context of risk and performance – increasing costs can often drive better outcomes. “If you wanted to save on costs, you could buy some ETFs or take out the private equity allocation – it just might not meet your needs. Alternatively, you don’t just want to naively lock money into private markets in search of an illiquidity premium that is not always positive and where fees can be painfully high.”

LPPI’s long-term, growth-orientated portfolio is already skewed to lower risk with sizeable investments in defensive equities and real assets. It means the portfolio is well positioned for today’s investment climate where Tomlinson is concerned about Central Bank’s clear and hard pivot to get inflation under control and the growing likelihood of a hard economic landing. Any adjustments to the portfolio will only be on the margins, like, for example, selectively buying the hardest hit equity names.

Although he’s not casting around for opportunities, he has liquidity on hand should they arise. LPPI re-forecasts its 12-month cash flow expectations monthly, stress testing cash flows on contingent liability and he can draw on liquid allocations to cash and fixed income if needed. Moreover, because a large part of LPPI’s real asset allocation is internally managed, the fund is protected against untimely capital calls – something he describes as every CIO’s nightmare if liquidity is scarce and pensions need paying. “The need for liquidity doesn’t keep me awake at night,” he says.

Dollars in a downturn

The large allocation to dollar investments will also act as ballast. In a downturn, it is common to see capital getting pulled back to the US causing the dollar to strengthen while any tighter funding lines also see a rush for dollars. “The dollar is a nice place to hide at times of market stress,” he says.

Around 30-40 per cent of LPPI assets under management are in dollars and Tomlinson doesn’t hedge the allocation to US stocks – although he does manage the FX impact at a total aggregate level via an overlay for some clients.  Elsewhere, he notes how the portfolio also gains exposure to dollar earnings via many FTSE listed companies. So much so some UK pension funds hedge the FX exposure – although it’s not a strategy he advises. “The realised volatility of an unhedged UK equity allocation is lower than a hedged allocation.” Away from equities, LPPI does hedge all its dollar-denominated credit and fixed income allocation.