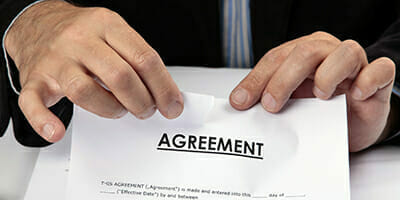 As an outsourced provider, fund managers make a series of promises to investors. Anything that tempts the promise to be broken is a conflict of interest, according to chief executive of Carne Group, John Donohoe, whose organisation has conducted a survey of institutional investors’ attitudes to conflicts of interest.

In a survey of global allocators of capital with combined $9.5 trillion, conducted by Carne, 90 per cent of respondents said they would like asset management fund boards to consider and address conflicts of interest as a matter of routine.

For some funds managers conflicts have been difficult to hard to understand, but the emphasis by regulators including those in the UK on supply chains has helped defined the impact of those conflicts.

“Every single company promises a certain experience to its customers. Management needs to focus on what that promise is, what might happen to break that, who are the people or what is the supply chain that makes us break that promise – there will be conflicts,” he says. “It becomes easy when you think about it like that.”

The “Dear CEO” letter issued by the UK’s Financial Services Authority, following a review of asset management firms’ enforcement of internal conflicts of interest policies, identified that many had failed to establish an adequate framework for identifying and managing them.

One of the key findings of the FSA’s review was that team culture is central to identifying conflicts of interest. But Donohue believes many asset managers “struggled to get it” when it came to the impact of their culture.

Donohue believes that an independent board member helps to ensure that decisions are made in favour of the investor not the management. One of the core activities of his firm is providing independent directors to fund boards, typically cross-border funds such as Cayman funds.

“An independent director should be a leading force in that. But not any independent person, competence is a big factor.”

In the Carne “Fund governance and conflicts of interest survey 2013” respondents identified a risk background as critical to a director’s skill. Two years ago when the survey was done, a legal background was the key element.

“The results showed that you need to identify risks and then you can see where the conflicts occur,” he says.

In the survey the areas of conflicts cited by many investors include:

The survey also revealed that investors were in favour of a global governance framework, and they certainly don’t want more regulation.

There are other groups looking at industry led governance standards including the CFA in its Future of Finance project which is essentially helping managers to become long-term sustainable businesses.

In the UK it is difficult for investors to point the finger at asset managers when their own governance needs work.

Donohue says pension funds in the UK are like the health system, “everyone knows it’s broken but there are so many conflicts of interest”.

“There are some pension funds that are really well run, but there are many where the trustees don’t have the skills or the board is not run well,” he says.

A pension fund collapsing will be the catalyst for radical reform, he says.

“Again it’s like the health system, a lot of people need to die before there is reform. In 20, 30 or 40 years’ time a lot of employees won’t have much of a pension, this could lead to social unrest and eventually reform.”

There is a difference in the opinions between managers and investors, but Donohue says appointing blame doesn’t solve anything.

“It’s like a marriage, there is difference of opinion. But it is important that blame is not put at the door of the managers. The important thing is to help them in how to run a good marriage. There’s a difference and you need to get to the heart of the difference,” he says.

Independent directors on boards can act as that guidance counsellor for managers.