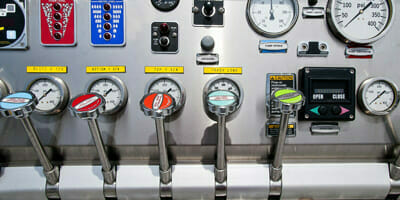 Michael Brakebill had never visited Nashville, Tennessee before he interviewed for the role of chief investment officer at the $36.6-billion Tennessee Consolidated Retirement System (TCRS) back in 2008.

Landing the job at the defined benefit scheme for Tennessee’s public sector workers, he left his position as head of domestic equity at Texas’ Teachers Retirement System in Austin and headed east.

“Nashville was never on my list of places to move before but it’s a great spot,” he enthuses from TCRS headquarters off Nashville’s tree-lined Deaderick Street. “Texas Teachers is larger and with more exposure at $110 billion assets under management, but the mandates and performance of the two funds are remarkably similar.”

In a strategy Brakebill describes as “not pulling a single magic lever but lots of small levers”, Tennessee is in the process of distributing a new allocation, laid out in December 2012, that aims to keep risk low but seek returns from new allocations to real estate, credit strategies and emerging markets.

“We have taken risk out of the portfolio and have a lower risk stance than others,” he says. “In fact we have typically 10 to 30 per cent less risk measured in a standard deviation framework than other public sector funds.” The Tennessee system also stands out from its peers in its preference for active management, which extends almost across the entire portfolio.

Run internally in Nashville, TCRS has a 37 per cent allocation to domestic North American equity that includes Canadian stocks and investments are in a “plain vanilla S&P 1500” active portfolio. International and developed equity accounts for 13 per cent of assets under management and, in a new allocation created by reducing the domestic equity portion, the fund now has 4 per cent of assets in emerging market equities too.

Brakebill, who describes progress in emerging markets as “tough this year, but strategically we are looking forward,” says the allocation is internally managed using exchange traded funds (ETFs) purchased via a screening process according to Transparency International’s corruption index and The Economist’s democracy ranking. The fund then purchases ETFs benchmarked from selected countries in the MSCI Emerging Markets Index.

“We wanted to avoid investing in nations which might be corrupt or undemocratic,” he says. It’s a process that has screened out major economies China and Russia, both highlighted as “key offenders.”

Nonetheless, it’s a strategy Brakebill is convinced will pay off, with the portfolio concentrated in better governed markets including Turkey, South Korea and Taiwan. “We do believe that better governance means better returns,” he says.

The Tennessee system is also in the process of portioning a new 5 per cent strategic lending allocation. Funded by a reduction in its treasury inflation-protected securities (TIPS) domestic fixed income portfolio, the allocation will include high yield and bank lending plus other “interesting” credit allocations such as mezzanine and direct loans. “We have nothing sizeable here yet,” says Brakebill, pictured right, who oversaw initial allocations of $150 million apiece to Beach Point Capital Management and Brigade Capital Management earlier in the year. The portfolio will be benchmarked 50 per cent to the Credit Suisse Bank Leveraged Loan Index and 50 per cent to the Barclays Capital 2 per cent Constrained High Yield Index in a deliberate departure from the Barclays Capital US Aggregate Bond Index, currently yielding just 2 per cent.

Brakebill counters that Tennessee’s push into new fixed income and credit strategies outside the traditional benchmarks isn’t a direct result of the Federal Reserve’s policy on quantitative easing. “Rates are lower than they would have been, but it has also boosted asset prices, particularly equities.” Tennessee’s strategy, he says, is more a consequence of a realisation that a third of the fund’s assets were in short-duration securities of between 0 and 4 years, yielding just 1 per cent or less. “It became apparent that a third of our assets were in zero yield and not doing any good for us. We do not need the liquidity and we were scratching our heads, wondering why we were there at all,” he recalls.

Tennessee has also increased its real estate allocation, now around 5 per cent of total assets, expanding the mandate to include an opportunistic, higher risk real estate fund. The fund decided to push a more bullish position in response to “good” long-term returns from plain vanilla investments, namely fully leased quality real estate, which performed well in the financial crisis. Real estate returned 10 per cent for the 2012 fiscal year compared to 15.5 per cent in 2011.

Brakebill says the fund will also steadily boost its private equity allocation in a portfolio first begun six years ago. So far only $300 million, around 1 per cent of total assets, is invested in private equity but this will grow to “north of $1 billion”, with target returns set at S&P500 plus 300 basis points. It’s an allocation that will demand “long-term effort” to cultivate relationships with managers, and Brakebill highlights climbing values of private assets as another concern. Recent private equity commitments were made with Bain Capital and KPS. There are no plans to allocate to hedge funds. “We already have a bunch of balls in the air and we don’t want any more. Many big US pension funds haven’t had favourable experiences with hedge funds anyway.” Since TCRS shelved an international fixed income portfolio for its “unrewarding” allocation to Japanese debt, the only currency exposure hedged is in the international equity portfolio.

In a state of support

Brakebill attributes the scheme’s rosy health at 91 per cent funded to robust financial support afforded the scheme by Tennessee State. As well as “always meeting the number” – a reference to Tennessee’s preparedness to fund contributions when economic conditions tighten – the sate has also nurtured TCRS’s growing pool of internal expertise, with the Nashville team of 30 now managing the fixed income allocations, domestic equity, private equity, real estate and a trading arm. “We have been beefing up staffing in areas to reduce the operational risks of the fund,” he says. “We are very lucky that our staffing is going up, while overall the State is cutting back on personnel,” he says. “They think highly of what we are doing at the treasury and decision-makers have shown great courage in supporting us through a difficult period.” In another development, the state is also restructuring its retirement provision. From July 2014 it will introduce a new hybrid defined contribution/defined benefit scheme for all new hires in Tennessee. It will likely mean Brakebill’s treasury team begin to manage new defined contribution assets in a fund with all the characteristics of TCRS’s low risk, stable portfolio.