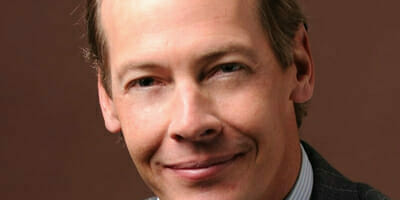 Protecting the pension system is one of six key themes at the centre of the CFA Institute’s Future of Finance initiative as it aims to empower the investment industry to take leadership in restoring trust.

Speaking at the sixty-sixth annual CFA Institute conference in Singapore this week, president and chief executive of the CFA Institute, John Rogers, said the industry has a responsibility to lead out of the crisis, and it is a challenge that involves everyone to get involved.

“We want to look at ways to protect pension systems so people everywhere can improve their retirement,” he says. “We need to champion standards for sustainable pension systems.”

The $30-trillion global pension industry provides the investment management industry with fees of more than $87 billion a year, Rogers says.

At last year’s event he spoke of the “serious trust issue” the industry has with the people it is supposed to serve, and that more leadership was required.

“If we don’t act, the industry will lose credibility and it will be regulated into a state of irrelevance,” he says. “The crisis in trust is not behind us. We believe we have a role to play by mobilising the industry.”

The aim of the Future of Finance project is to shape a trustworthy financial industry that better serves society, and it is advised by an impressive board, led by John Kay.

The project has six themes of reform to focus on:

One of those is putting investors first, which should be a defining fiduciary principle of the industry.

“The industry’s oxygen is trust,” Rogers says. “When the industry breaches trust, it invites regulation.”

The first step in the project, which fits under this theme, is the launch of the statement of investor rights, which is a list of principles outlining what the consumers of financial products are entitled to expect in return for their business.

It includes rights such as objective advice, disclosure of conflicts of interest, and fair and reasonable fees.

The project also aims to raise the level of financial knowledge across the industry.

“The industry is still very young, compared to, say, law and medicine. It is very profitable and there are low barriers to entry,” Rogers says.

It also champions transparency and fairness, and has launched the principles for investment reporting; and will focus on regulation and enforcement to identify the key areas of regulation.

The sixth area of focus will be contributing ways to reduce systemic risk.

“The GFC showed the connectivity of the system, and it cost society $12 trillion,” Rogers says. “We need to drive change in these critical areas.”

Rogers called on the industry to use these critical building blocks to improve the system, and ensure the survival of the investment industry.

“These building blocks will come to life when you put them into motion.”

Sarah RundellJanuary 26, 2023
Home>Uncategorised posts>CFA to lead industry out of crisis