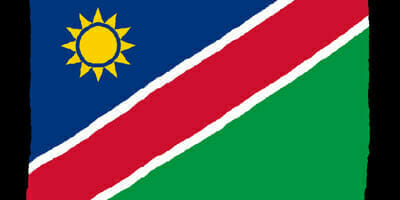 Namibia maybe one of the youngest countries in Africa but it has nurtured one of the continent’s biggest pension funds into life since gaining independence from South Africa in 1990.

The Windhoek-based N$61-billion ($6.8-billion) Government Institutions Pension Fund, GIPF, accounts for over three quarters of Namibia’s entire pension assets and is the only defined benefit pension fund in the country.

The GIPF draws on a 98,000-strong membership from employees across Namibia’s public sector and, reflective of Africa’s youthful population, its average member is only 41 years old. Currently only 37,000 GIPF members draw a pension.

“Our funding levels are 103 per cent, but would have been 129 per cent if we hadn’t had to provide for reserves,” says Conville Britz, general manager of investments at the fund, which has just concluded an actuarial evaluation for the last three years.

The fund reported a total return of 23 per cent for the year to the end of February 2013 and since 2009 has returned a total of 17.5 per cent. The secret of its success, says Britz, is holding fast with a bold 68-per-cent equity allocation and the fund’s continued ability to invest a third its total assets outside Africa. Switching from balanced mandates to using specialist managers has also helped, he says.

It’s a set of results that are all the more remarkable given that the scheme has to invest 35 per cent of its assets inside Namibia’s small economy in a strategy set out in Regulation 28 of the nation’s Pension Fund’s Act.

It’s designed to boost the local economy, but is now limiting the growing fund’s investment universe. Namibia’s buoyant but illiquid equity market is a case in point. The GIPF’s active strategy is almost impossible to pursue since most investors buy and hold the 35-odd traded companies on the index. In another example, the government has pushed for pension funds to invest in local private equity to help businesses access finance.

Last year the GIPF agreed to hike its allocation to unlisted equities, but only a fraction of the 10 per cent allocation has been dispersed because of the lack of opportunity and the GIPF’s own inexperience with the asset class, explains Britz.

“The fund lost money investing in early ventures and Namibia’s regulator has now ruled that the scheme must understand the asset class better before investing here again.”

Finding a balance between using its investment clout to nurture Namibia’s own economy but also push for returns in more dynamic markets is common to most of Africa’s other big pension funds. Rules of one sort or another restrict investment strategies, particularly pushing funds to finance government deficits via large government debt holdings.

“The current situation suits us fine, but we could run into problems in the future if the government wants us to invest more locally. We realise that there are developmental needs in Namibia and that as the biggest pension fund we have to lead the way, but we also want to invest more offshore to cover our liabilities,” says Conville.

The offshore allocation is particularly helpful offsetting the effects of any depreciation in the local currency, he says.

The mentor next door

Britz holds South Africa’s R1.17-trillion ($127-billion) Public Investment Corporation, PIC, up as “beacon” for other African funds seeking to get domestic investment right. Referring to strategy at the asset managers of South Africa’s biggest pension fund, the Government Employees Pension Fund, GEPF, Britz says: “The PIC has successfully invested for the development of the South African economy and for returns, but we haven’t aligned our investment strategy with national developmental objectives yet.”

The PIC’s 5-per-cent allocation to Isibaya, a return-seeking fund that seeks a developmental impact is one example. Investments range from $220,000 to $430,000 and include affordable housing, transport and lending to small businesses via private equity.

Despite the pull of investing at home, the South African fund is also investing more overseas. It recently decided to portion 5 per cent of its assets in the wider African context and 5 per cent outside Africa altogether.

Britz says the GIPF uses 25 managers, mostly South African, in active strategies. Investment consultancy RisCura advises on strategy. The fund, which targets returns of 3 per cent above inflation, allocates 26 per cent to bonds to hedge against inflation with allocations locally, in South Africa and to global bond markets in line with its global allocation.

The remaining 6 per cent of its portfolio is in cash. Investing at home sheltered the fund from the ravages of the financial crisis but now the GIPF wants to spread its wings. “We need to make sure our investments make a return,” says Britz.