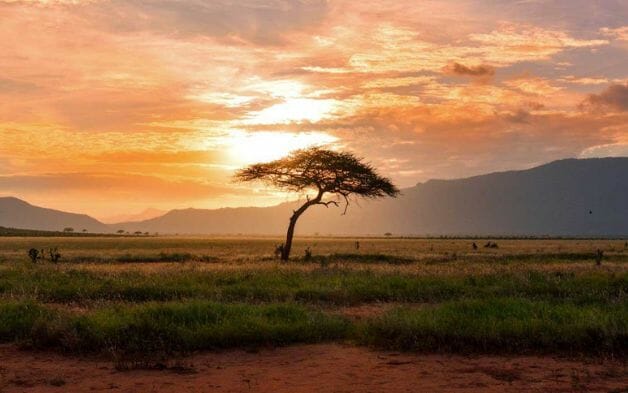 Africa’s largest pension fund has redrawn its mandate with its asset manager PIC introducing a clause around consequence management that leaves the PIC liable in the event of inappropriate investment decisions. Elsewhere the fund has just raised the ceiling on its ability to invest more overseas.

Earlier this year, South Africa’s Government Employees Pension Fund, GEPF, completed a review of its mandate with the government-owned asset manager the Public Investment Corporation, PIC, guardian of 82 per cent of GEPF’s R2.09 trillion portfolio. The probe followed a Judicial Commission of Inquiry into allegations of impropriety and political interference at the PIC during Jacob Zuma’s presidency.

A revised mandate will now include new conditions including stipulations around consequence management that leave the PIC liable in the event of inappropriate investment decisions; better disclosure of the PIC’s investment decision making processes and ESG integration, and scrutiny of its fee model in the unlisted portfolio.

“The Commission of Inquiry report said we needed to build into our mandate and redraw the contractual agreements with the PIC. The GEPF board is comfortable that the revised mandates and enhanced monitoring capability will provide better oversight,” says Musa Mabesa, principal executive officer at GEPF.

The concerns of the judicial inquiry focused particularly on the GEPF’s 5 per cent allocation to unlisted investments via mandates with the PIC and a clutch of external asset managers managed by the PIC. “There were weaknesses in the governance processes and approvals needed to be tightened at the PIC,” said Mabesa who was the head of corporate services prior to taking the helm a year ago and who has no illusions of the challenges of heading the largest pension fund in Africa. Peer fund insights into how to manage managers offer valuable insights, like a 2019 benchmarking exercise that explored operations between the Netherlands’ ABP and its asset manager APG. “Our vision is to be the best in class,” he says.

Elsewhere, governance has been boosted by the PIC swearing in a new 12-member board and the asset manager “re-introducing” important positions: chief investment officer, chief risk officer and chief technology officer.

In another important governance seam Abel Sithole, previously in charge at the GEPF, is now CEO and executive director of the PIC.

“We welcome the appointment of Sithole, but we are also fully aware that he can’t do it alone,” says Mabesa.

The governance overhaul has mollified talk of the GEPF mandating to other asset managers or building out its own internal processes.

Change is also less likely given the GEPF’s latest results, bathed in the glow of economic recovery. The pension fund returned a net 23.1 per cent for the year led by returns in local equity (44 per cent) local bonds (19 per cent) and offshore equities (24 per cent) with property the only laggard.

But this year’s results belie the challenge of GEPF’s reliance on the Johannesburg Stock Exchange. The fund has a 50 per cent allocation to local equity (80 per cent of which is passive) in an allocation dictated by heavyweight corporates in the index strategy.

Since GEPF currently invests less than 10 per cent overseas (just extended to a 15 per cent ceiling) there is headroom to diversify outside South Africa, but Mabesa doesn’t envisage any drastic change at the moment and says the home bias is due to GEPF’s asset liability model, and continues to serve the fund well.

“It’s a long-term strategy; we won’t make changes to the strategy based on short term events. Last year markets crashed, however three months later bounced back and the same equities that lost money recovered. We will monitor strategy in line with our liabilities and will only change if our liabilities change.”

Still, the prospect of slow economic growth ahead is one of his chief worries given the fund’s overwhelming dependency on the local economy.

“If the economy doesn’t grow, we will struggle,” he admits.

Nor does GEPF have any plans to build out its allocation to private assets.

“A 4-5 per cent allocation to private assets is relatively small, but in rand terms it is a lot of money, especially as the value of the fund grows,” says Mabesa. This despite his acknowledgement of growing unlisted opportunities in Africa’s fintech and renewable energy space.

“All changes to strategy will have to go through the board of trustees and take into consideration the fund’s rand-based liabilities,” he concludes.