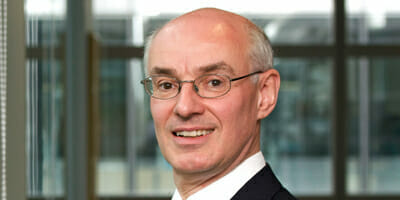 As almost every market in the world looks to move from defined benefit to some sort of defined contribution model, academics at the Pensions Institute of the Cass Business School, City University London have developed a set of 15 principles for designing a defined contribution model. The principles, consistent with the recently published OECD guidelines, are based on more than a decade of research.

The principles also leapfrog some of the more developed defined contribution markets, such as Australia, and advocate integrating the pre- and post-retirement periods. It also models additional sources of income, such as state pensions and equity releases, and looks at modelling extraneous factors, as well as scenario analysis and stress testing, periodic updating of the model and changing assumptions.

He says that most defined contribution pension plans are “very badly” designed.

“A well designed plan will be designed from back to front, that is, from desired outputs to required inputs,” he says.

According to the Towers Watson Global Pension Assets Study, defined contribution assets represent about 43 per cent of total pension assets, but are growing at a rate of about 8 per cent, compared to 4.6-per-cent growth in defined benefit.

The UK, which is the third largest market in the world and has about 40 per cent in defined contribution assets, is looking closely at its pension modelling. It is estimated that about 11 million people are at risk of an inadequate pension in the UK. Last October the government introduced automatic enrolment and backed NEST, a defined contribution fund for low-income earners.

“We can transform this in a generation if we address those four boldly, transparently and simultaneously.”

The conference also discussed the importance of communicating to members, a function more prominent in a defined contribution environment, and in particular that any communication with members should have the aim of actually influencing behaviour.

The OCED and the Chilean pension regulator have collaborated to develop a retirement-income tool for members, with which the Chilean regulator actually standardised the assumptions used by providers in communicating benefits to members – also supported by the recommendations of Cass.

Head of private pensions at the OECD, Juan Yemo, says projections have a critical role to play in communicating with members at any age.

“They help with the emotional aspect of losses, not just about volatility or risk, but behaviour when people see those losses,” he says. “This information can change behaviour.”

Principle 1: The underlying assumptions in the model should be plausible, transparent and internally consistent.

Principle 3: The model must be stochastic and be capable of dealing with quantifiable uncertainty.

Principle 4: A suitable risk metric should be specified for each output variable of interest, especially one dealing with downside risk. Examples would be the 5 per cent value-at-risk and the 90-per-cent prediction interval. These risk metrics should be illustrated graphically using appropriate charts.

Principle 5: The quantitative consequences of different sets of member choices and actions should be clearly spelled out to help the member make an informed set of decisions.

Principle 6: The model should take account of key member characteristics, such as occupation, gender, and existing assets and liabilities.

Principle 8: The model should take into account the full set of plan charges.

Principle 9: The model should take account of longevity risk and projected increases in life expectancy over the member’s lifetime.

Principle 10: The model should project both at-retirement pension outcomes and post-retirement outcomes. The risks associated with the following strategies should be clearly illustrated: the risk of taking a level rather than an index-linked annuity in terms of a reduced standard of living at high ages, and the risks associated with drawdown strategies in terms of taking out more from the fund initially than is justified by subsequent investment performance.

Principle 11: The model should consider the pre- and post-retirement periods in an integrated way. This is necessary to avoid undesirable outcomes at a later date – such as a big fall in the standard of living in retirement. It will also help to determine what adjustment in member choices – in terms of higher contribution rate, an increased equity weighting and later retirement – are needed to avoid this.

Principle 12: The model should consider other sources of retirement income outside the member’s own pension plan. These include the state pension and home equity release. A well-designed DC model will also help with lifetime financial planning.

Principle 13: The model should reflect reality as much as possible and allow for such extraneous factors as unemployment risk, activity rates, taxes and welfare entitlements.

Principle 15: The model will need to be updated periodically and the assumptions changed. Such modifications should be carefully documented and explained in order to make sure the model retains its credibility with users.