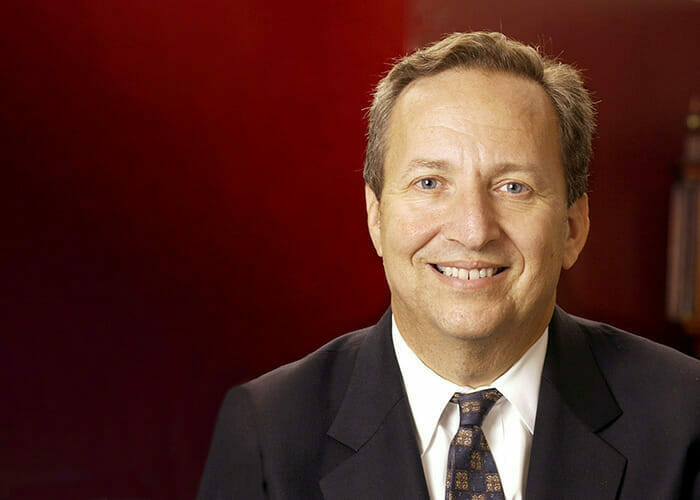 A larger and better public sector is necessary to achieve economic prosperity, reach full employment and meet the needs of the population, according to former US Treasury Secretary, Larry Summers.

“We need government with more market power, a larger function, and that is more competent in carrying out the tasks required,” Summers said.

Summers, who is President Emeritus of Harvard University and was Treasury Secretary under President Bill Clinton, said it is the “task of the centre left to recognise it won’t just work out if everyone stands back”.

He spoke on the “profound structural changes that will and are transforming economies and to which policymakers need to respond” and said it is essential that government plays an active and forceful role in ensuring there’s demand for all the goods introduced.

“The industrial world has a problem it hasn’t acknowledged. People are saving more, there is inequality, and at the same time, capital goods are less demanded,” he said.

“How do we sustain prosperity? There needs to be greater acceptance of fiscal deficits, and policies regarded as imprudent will become necessary. There have to be significant and strong levels of demand, and this needs to be a concern of progressives because a strong economy is the path to the best social progress.”

Summers recently wrote a book on the end of economies built on mass-produced goods, The Post-Widget Society: Economic Possibilities for Our Children. He said it is not possible to rely on the private sector for economic success. For example a social network satisfies none of the assumptions for economic success; it has asymmetric information, imperfect information, and a monopoly position.

“We need a larger public sector that is going to need to do more to employ everybody. So much of economic debate focuses on strengthening the widget makers – [but] that doesn’t matter,” he said.

“In the US, the share of workers in manufacturing is lower than the share of farmers was in 1950. If you look at the jobs that the Bureau of Labour Statistics projects will grow, three out of four of the top categories are a version of a nurse or medical technician. We need a larger more effective public sector.”

But he said discussions about global economic cooperation should be broadened, rather than a handful of leaders at the World Economic Forum in Switzerland.

“The agenda we have is an elite agenda. We need an agenda that resonates with the concerns of those that have never heard of Davos,” he said.

“I’m pretty sure if we don’t find a way for global economic cooperation that resonates with local people, management of the economy largely outside the widget sector, and sustained economic growth, then there are elements of populism and authoritarianism that are ready to fill any vacuums.”

Summers was former chief economist at the World Bank and Director of the National Economic Council for the Obama Administration. He was speaking in Sydney at the McKell Institute.

The investment team at CalPERS asks the investment committee for an increase in staff delegation limits for private assets to help meet the new SAA to private markets, and the board reflects on the liquidity and leverage program in place.
Sarah RundellNovember 22, 2022

The pandemic has exposed tragic fault lines and new levels of inequality according to Sharan Burrow, general secretary, International Trade Union Confederation, speaking at FIS Maastricht on the eve of her departure from the organisation where she has been general secretary since 2012.
Sarah RundellNovember 17, 2022