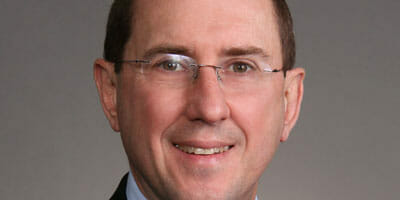 When John Wesley, the 18th century Anglican cleric, preached that business practices should not harm one’s neighbour, he never imagined that his principles would guide the global investment strategy of an $18.4-billion pension fund. Today, the General Board of Pension and Health Benefits of the United Methodist Church, based in Chicago, ranks as one of the world’s leading ethical investors, with a lengthy checklist of excluded assets and required standards for the companies in which it owns stakes. “Every single fund we manage reflects the ethical values of the church,” says David Zellner, the board’s chief investment officer.

In 2011 the General Board rebranded Zellner’s division as Wespath to signal the dual purpose of the church’s mission in financial markets. According to Zellner, Wespath’s name reflects both the spirit of Wesley, who inspired the modern Methodist movement, and the unit’s goal to set the fund’s stakeholders on the path to prosperity. For the most part, they are clerical and lay church employees whose contributions account for about $16 billion of the fund’s assets, with about $2 billion in additional capital from affiliated Methodist institutions. Overall, the total portfolio grew 9.3 per cent between Dec 31, 2011 and the end of 2012, although Wespath does not publish a year-on-year return for the entire $18.4-billion asset pool. Three-quarters (76 per cent) of all assets are invested in the US, with 95 per cent of the total portfolio under external management.

The Book of Discipline

All Wespath’s investment managers must strive to operate within extensive ethical guidelines laid out in the church’s Book of Discipline. For example, they cannot knowingly invest in any company that derives more than 10 per cent of gross revenues from core businesses in alcohol, tobacco, pornography or gambling. Wespath also cannot buy stakes in companies that receive more than 10 per cent of gross revenues from the manufacture, distribution or sale of anti-personnel weapons such as land mines. Nor can Wespath invest in companies whose “identifiable ratio of nuclear weapons contract awards from the US Department of Defense or comparable agency or department of any foreign government” is at least 3 per cent. A blanket clause also covers any business that violates the church’s values on issues ranging from the use of child labour to the environment. All told, Zellner reckons that the guidelines exclude Wespath from about 5 per cent of the S&P 500 Index, measured in market value.

Yet the guidelines do not amount to a rigid investment mandate, says Zellner. “With regard to investing, church law says we are to discharge our fiduciary duties solely in the interests of our stakeholders,” he explains. “We are not obligated to follow the church’s ethical teaching.”  Furthermore, only one of the seven funds in Wespath’s portfolio – the $50-million Balanced Social Values Fund – is explicitly ethical in a purist sense by only investing in companies with high environmental, social, and governance (ESG) ratings. In 2012 the fund delivered an annual return of 9.17 per cent, slightly better than its chosen benchmark.

Across the rest of the portfolio, the board expects fund managers to make a “conscious effort” to observe the guidelines, explains Zellner. In his view, they will not lose money by excluding sectors and companies that fail to conform with Methodist business ethics. “Over the 30 years that we’ve been tracking this metric – screening has had a negligible impact on our performance,” says Zellner, who joined the General Board in 1997 from Investment Research Company, an affiliate of United Asset Management.

The proof lies in the performance over time of the other six funds, which Wespath deliberately benchmarks against mainstream indexes that do not exclude companies and assets on ESG grounds. The US Equity Fund, with $6.3 billion in assets at the end of 2012, has slightly underperformed the Russell 3000 Index (or equivalent previous indexes) over the past 10 years, with an overall 7.5-per-cent return for the decade, compared with 7.68 per cent for the benchmark. In 2012 the US Equity Fund posted a 15.05-per-cent return, against 16.42 per cent for the Russell 3000 Index.

Over the past decade, the $2.8-billion International Equity Fund, which covers both developed and emerging markets, has registered a 10-year return of 9.48 per cent, a shade higher than its benchmark, while last year the fund narrowly beat the MSCI All Country World (excluding the US) Index with a 12-month return of 19.67 per cent. The $4-billion Fixed Income Fund, which invests in government debt, corporate bonds and asset-backed securities, has delivered a 10-year return of 6.22 per cent, slightly better than the benchmark, and in 2012 comfortably outperformed its target, with a return of 9.58 per cent compared with 6.61 per cent for the Barclays US Universal (excluding MBS) Blended Index.

Two smaller defensive investment pools – the $2.1-billion Stable Value Fund, focused on short and medium-term debt instruments, and the $2.1-billion Inflation Protection Fund – have closely tracked their benchmarks since inception. Finally, the $7.7-billion Multiple Asset Fund, which invests on a weighted basis in the equities (45 per cent), international equities (20 per cent), fixed income (25 per cent) and inflation-protection (10 per cent) funds, has narrowly outperformed its customised benchmark over the past decade, registering a 10-year return of 8.4 per cent. In 2012 the Multiple Asset Fund returned 13.76 per cent, just above the benchmark.

These results, while not outstanding for a mainstream fund manager, illustrate Zellner’s point that it is possible for an ethical investor like Wespath to do well financially and also, by its own values, do good. Wespath’s ethical investment strategy does not end here, for Wespath is on the lookout for any evidence that a company in its portfolio is falling short of the church’s ESG standards. “Our position has always been that it’s better to own the stock and have a seat at the table so that we can influence the company to make a change, rather than divesting our holding,” he says. In recent years, Wespath (or previously the General Board) says it has scored a number of significant ESG victories, from persuading McDonald’s in 2007 to support the Board’s efforts to raise the pay of migrant tomato pickers in Florida, to obtaining a commitment from Hershey’s to make all its global chocolate products by 2020 from certified Fair Trade sources.

As one of the largest institutional investors in US equities, Wespath also regularly votes in support of Say on Pay disclosure resolutions, without setting an overall ceiling for executive rewards. “So long as shareholders are receiving appropriate value for what is paid to executives then we are comfortable with high levels of compensation,” says Zellner. Wespath’s ethical scrutiny extends to vetting the portfolio’s external managers. “We examine the magnitude of their exposure to companies or properties that would violate our values,” Zellner explains. “If we determine that it’s not going to be significant, then we’ll go ahead and invest.” The same rule applies to private equity firms in which Wespath is a fund investor. “In some cases we write into the contracts that if they invest above a certain percentage in certain companies or sectors, then it’s outside our guidelines, and they should exclude us from those investments,” he says.

True, there remain ethical investing hurdles that even Wespath is obliged to bypass. In emerging markets, where Wespath’s principal external managers are Genesis Investment Management and Capital Guardian, it is frequently impossible to conduct due diligence on every individual asset; the lack of transparency is simply too great. On the other hand, Wespath would be failing in its fiduciary duty if it avoided higher growth countries such as India.

For Zellner, Wesley himself is the most important benchmark for checking whether Wespath is striking the right balance between Christian morality and financial performance. “I frequently ask the United Methodists on the corporate relations team to tell me if they see anything in our investments of which Wesley would not have approved,” he says. “All three will tell you that Wesley would be proud of the results we’ve achieved.”

How to convince the ESG sceptics