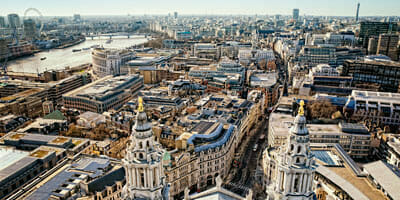 United Kingdom pension funds will increase their real estate allocations as bond and equity investments continue to disappoint, according to new research by property consultancy Jones Lang Lasalle. The funds typically hold around 5 per cent of their assets in real estate, but the recent findings predict the pendulum will swing in favour of much bigger allocations in coming years.

The reason is part of a structural shift away from traditional holdings to more “real assets” including property, infrastructure and transport, argues Joe Valent, in JP Morgan’s global real estate team, who believes these alternatives could account for up to 20 per cent of UK pension fund portfolios in the next 10 years. “We’ve all grown up with the idea that pension funds split their assets between equities and bonds,” he says. “But this was when economies were growing at around 5 per cent, bonds were paying 8 to 10 per cent and equities were booming. Economies aren’t growing at the same rate and bonds pay nothing. What is the rational for holding such a high proportion of these assets in portfolios?”

UK funds will look for opportunity in their home market first as big foreign funds continue to swoop on the asset class in their own backyard. The UK has attracted around $4 billion of a total $11 billion cross-border fund investment in real estate in the last nine years, with City and West End investments proving most popular, says David Green-Morgan, global capital markets research director at JLL. He believes London will remain a key investment destination despite fierce competition and pricing-bubble worries. Recent forays by foreign funds include the $172.4-billion Canada Pension Plan Investment Board purchase of the Westfield shopping complex in Stratford, East London. Outside the capital, Norway’s sovereign wealth fund paid $560 million for a 50-per-cent stake in Sheffield’s Meadowhall shopping centre last October.

It’s a shift the biggest UK schemes have already embraced, with London also the focus for most, but not all, real estate picks. Strathclyde Pension Fund, one of the UK’s biggest local authority schemes, plans to up its UK allocation to 10 per cent of a total 12.5-per-cent property allocation. Managed by DTZ Investment Management, the scheme’s UK investments are focused on central London office and retail space. Railpen, inhouse manager of the $30.5-billion pension scheme for Britain’s rail industry, has around $2.25 billion invested in UK property managed by Orchard Street with a focus on the UK’s fast-growing regional cities such as Cambridge.

However, some trustees say competition means investment opportunities in the best located and managed properties has become thin on the ground; values in “good quality but not A-grade” investments have plateaued with oversupply weighing on commercial rents. Proponents insist there is enough product to support a substantial switch in allocation – all that’s lacking is imagination. JP Morgan estimates $450 billion in global distressed real estate is coming to the market in the next year as assets that have sat on banks and deficit-laden government balance sheets are sold off. Here the opportunity won’t be in “tier-two markets like Spain or Eastern Europe”, but in key capitals in locations close to central business districts and prime grade-A zones. “There will be opportunity to buy assets that have, for the last five years, been in a state of suspended animation,” says Valent, who puts net returns in these kinds of investments at 15 per cent.

Strategies include buying the buildings directly, accessing the market via fund-of-fund investments or through real estate investment trusts (REITs). The UK’s Pension Protection Fund, $14.5-billion lifeboat fund that takes on the assets of UK schemes if the employer goes bust and honours its pension promises, has a 5 per cent real-estate allocation in its conservative investment strategy that includes REIT investments in the US. “We are exposed to London retail and office space though a fund of funds,” says Martin Clarke, executive director of financial risk at the PPF. One strategy could see more foreign funds partner with local institutional money, argues Green-Morgan. “As competition grows, we expect to see more joint ventures and partnering with two to three groups working together,” he says. “A 2-per-cent allocation is of no benefit to the portfolio – you need a 10-per-cent allocation for it to be meaningful.”