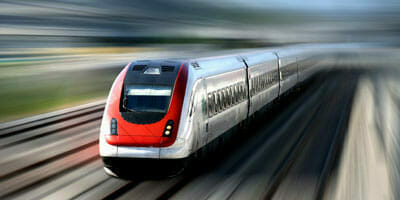 Despite the constant pull on Railpen chief executive Chris Hitchen’s expertise in other directions, most recently helping to run NEST, the UK government’s new low-cost pension scheme, he is resolute that his primary task is ensuring Railpen, inhouse manager of the £19-billion ($30.4 billion) pension scheme for Britain’s rail industry, successfully delivers on its monthly pension obligations. In a policy shaped by innovative investment ideas and a willingness to diversify, it’s a challenge he relishes.

The Railway Pension Scheme is an umbrella fund for the entire rail sector. Some 170 different rail-related companies – from large train operators to small engineering specialists – as well as pensioners of the former state-run British Rail that was privatised 17 years ago give their pension pots to Railpen to manage. Although the liabilities from the diverse contributors are separate, the assets are pooled into different funds, each with particular risk profiles, like a unit trust. The employers decide how and where to allocate their funds in the different pools Railpen operates with a clear delineation between liability-matching and return-seeking assets.

The scheme, one of the UK’s biggest, is a defined-benefit fund open to new members. Although many defined-benefit funds are closing as employers collapse under the weight of these more generous schemes, Railpen is still attracting enough members to make it work. New, young employees paying into the scheme give Hitchen’s team a long-term horizon and more punch and flexibility in its investment strategy. “Many funds are closing down their risk and investing in government bonds and LDIs. We are not taking unnecessary risk but we still want returns,” says Hitchen, who joined Railpen in 1998 as investment director.

Bold strokes in the growth pool

Of all Railpen’s pooled funds, its bold strategy is best encapsulated in the flagship $9.6-billion Growth Pooled Fund, introduced in 2010 and targeting 5 per cent above the Retail Price Index (RPI) in liquid, return-seeking assets.

Strategies for today’s straitened times include paring down the equity exposure in the growth pool over the last year. “We had 70 per cent in equities, now this is about 30 per cent. We’ve done this not because we know equities are going to do badly but more because we are worried that they might,” he says. The cut in stock-market exposure hit managers BlackRock, which saw its mandate drop from $4.8 billion to $3.8 billion, Pimco, Martin Currie and London hedge fund manager TT International. Railpen oversees asset allocation but has used external managers since 1987 and now has 80-odd, managed by an inhouse team of eight. The switch out of equities has pushed investment towards the other asset classes in the growth pool, including short-dated bonds and non-government bonds, property, commodities, private equity and emerging market debt. “The growth pool is invested for the long term, not to pay next week’s pension,” he says.

Hitchen is pragmatic about the enduring euro crisis. Where needed, the different pooled funds hedge their currency exposure and all are light on peripheral euro countries. The scheme has never had a particularly high allocation to European government risk anyway. “It’s difficult to say what will happen if and when the euro breaks-up – perhaps we should be overweight in German manufacturing,” he says laughingly, although it’s clear he’s not really joking. Last year the largest equity holdings within the growth pool and global equities pool included heavyweight manufacturing groups Samsung Electronics, British American Tobacco, Microsoft and GlaxoSmithKline.

Another strategy is to push into emerging markets, where the scheme is modestly overweight, focused on greater China particularly, although he wants exposure to the “fantastic economic potential” of some African countries like Nigeria, too. Here, investment is limited to equities rather than resource or infrastructure plays. In China private equity investment via the Private Equity Pooled Fund, which returned 13.9 per cent last year, is Hitchen’s preferred route to market rather than direct equity investment. Access to the benchmark Shanghai Composite Index for shares listed in China, known as A shares, is restricted to foreign investors due to Beijing’s tight control over both its currency and the flow of money across its boarders. China’s stock market is also dominated by retail investors adding to market volatility and risk, he says. “With private equity there is more of a feeling that you are getting to the real economy,” he says. It’s a theme he raises again when explaining Railpen’s shift out of UK equities to a globalised equity portfolio. “UK equities account for 20 per cent of our stock portfolio; 10 years ago that would have been two thirds. Many large UK companies no longer exist. The FTSE isn’t a bellwether for UK PLC.”

PIP, CPI, RPI and the members

That’s not to say Railpen doesn’t see opportunity in the UK. It is one of six founding investors in the government’s Pension Infrastructure Platform (PIP), which will launch as a fund in January 2013, targeting $3.2 billion worth of projects. The Property Pooled Fund has around $3.2 billion invested in UK property, managed by Orchard Street. Here the emphasis isn’t on London, where he thinks returns are still “doubtful” because of oversupply, pointing out that “commercial rents are still lower than what they were 25 years ago”. Instead his focus is in regional property, in places like Cambridge’s Silicon Fen, where a technology cluster spun out of the university has kept the city insulated from the ravages of the recession.

Hitchen is wary of deficit-tackling government policy like the recent pegging of public sector-pension increases to the Consumer Price Index (CPI) rather than RPI. On average CPI inflation is roughly 0.5 per cent to 0.75 per cent below RPI inflation. He admits the reduction in the rate of increase makes his job easier but he is “acutely aware” of the impact on those pensioners who worked on the national railway and who “must now expect less than what they’ve had in the past.” He’s similarly circumspect of the raft of new regulation flowing out of the European Union that he believes will affect the way pension schemes and employers think about investment. A new caution will “tilt the playing field” towards low-risk strategies and “the appalling value” of government bonds.

It’s hardly surprising he’s using all his expertise and influence within the industry to campaign against any changes that would hurt his members. They are his first priority.