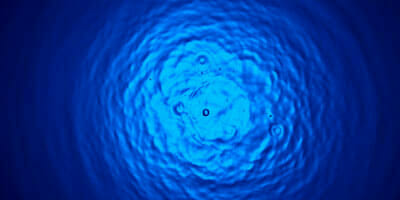 In a landmark project, the £11-billion ($17.5-billion) Greater Manchester Pension Fund (GMPF), a scheme for 10 local councils and hundreds of small regional employers including schools and charities, will invest in a series of residential housing projects with local authorities. Lauded as a completely new way of funding house building in the city, Manchester council is providing the land while the pension fund is coming up with $40 million in finance; returns will come both on rental income and through selling the properties. “The return is better than on property; we expect more than 7 per cent because of the development risk,” says councillor John Pantall, who hopes the model, which will start with just 240 homes, will soon be rolled out to member councils outside Manchester, also with land to develop.

In another venture – again indicative of the fund’s shift away from pure real estate investment to a broader infrastructure play focused on community assets – the GMPF is helping finance the refurbishment of central Manchester’s iconic St Peter’s Square. Via its real estate development arm, Greater Manchester Property Venture Fund, it has co-invested in the office and retail venture with Argent, the property arm of telecom operator British Telecom’s pension fund. Testimony to the allure of Manchester’s infrastructure assets, foreign funds are also pouncing. Industry Funds Management recently bought a $1.6-billion stake in Manchester Airports Group. The planned developments around Airport City are on the GMPF’s sights, says Pantall.

Value for money throughout the kingdom

Manchester’s innovation and success is music to the ears of the UK government, which is pushing infrastructure investment to support growth in the stuttering economy. Hunting for new sources of capital to fund housing, roads and hospitals, it has just turned to its local council pension funds. In a consultation process that will run until December, it is floating the idea of unlocking town-hall pension pots and allowing them to double their investment in limited partnerships – the asset vehicle they use to invest in private equity, hedge funds and infrastructure. The Local Government Pension Scheme for England and Wales is administered by 89 separate, often tiny, local funds but with combined assets of $250 billion. The hope is that raising the allocation ceiling from 15 per cent to 30 per cent will unleash a wave of additional investment in infrastructure and meet funds’ needs for long-term, inflation-linked returns.

“By lifting the restrictions controlling local pension investments, councils could pump a further $35 billion directly into job-creating infrastructure projects that will boost our economy,” said community and local government secretary, Eric Pickles. “This is potentially a huge development and investment opportunity we simply cannot afford to ignore that also allows us to maintain long-term value for money for the taxpayer.”

Caps off for small fry, but so what?

Although the proposals have been broadly welcomed, the government’s latest initiative to conjure up more investment in infrastructure – it is also developing a Pension Infrastructure Platform with the National Association of Pension Funds and the Pension Protection Fund to encourage more fund investment in the sector – may not have the impact it hopes. In reality, few local authority schemes hit the existing allocation cap anyway. Although GMPF is planning $80 million to $160 million of new infrastructure commitments in the coming year, new investment will only boost its allocation to 3 per cent. “We’ve never had an investor unable to invest because of the allocation ceiling,” commented one infrastructure manager of a pooled fund.

Small and medium-sized local authority funds, which make up the bulk of local authority schemes, will probably stick to straightforward pooled vehicles. These are made up of a diversified mix comprising everything from global infrastructure to clean energy and private fund initiative (PFI) projects. They won’t want to “dabble” in major developments demanding management time and oversight, best suited to large, diversified funds. The notion of local pension funds investing in local infrastructure also carries a health warning. “There could be a temptation amongst politicians to push pet projects, but pension funds mustn’t be diverted into local projects too easily; their primary responsibility is generating returns for members,” argues councillor Peter Jones, head of the $3.2-billion East Sussex Local Government Pension Scheme.

Creating scale and a bubble

A solution to the infrastructure conundrum could be for schemes to join together as one giant fund, creating an economy of scale, argues councillor Jones. “The typical local authority fund only has assets of between $1.6 to $6.4 billion, so their infrastructure allocation will only ever be modest,” he says. By combining all the schemes of England and Wales – Scotland’s local authority schemes fall under the jurisdiction of the Scottish Public Pensions Agency – the total fund would be in excess of $160 billion. “It would put us up there with the major funds. Only then would we have the scale to invest meaningfully,” says Jones.

The government proposals have built on the buzz already circling infrastructure, helping increase understanding of the asset class among council pension funds with small allocations. More pooled vehicles, through which local authority schemes can invest, are likely to spring up and the governance required to assess infrastructure opportunities should get easier. However, some local authority trustees can’t help seeing the latest initiative as another call on pension funds to bail out the government. For seasoned infrastructure investors, politics stepping into the debate is a cause for concern. “The asset class has been around for a long time – all this interest could create a bit of a bubble,” said Pantall.