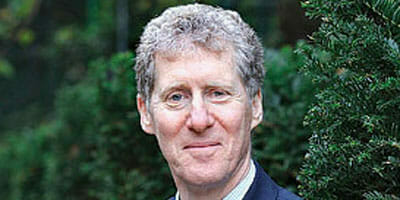 In the past few years the £34-billion ($54.7 billion) Universities Superannuation Scheme (USS) has substantially diversified its asset allocation, including a large alternatives allocation, and extended its investment team from 65 to 105. In the latest chapter of the fund’s investment department reincarnation, from October this year a separate but fully owned USS company, USS Investment Management, will manage the fund’s assets. Amanda White spoke to chief investment officer of USS and now chief executive of USSIM, Roger Gray, about the fund’s development.

In the three years since Gray has been at the helm of USS – coming across from Hermes, which coincidentally operates under a similar structure to the new USSIM entity, being the funds management arm owned by BT Pension Scheme – the complexity of the investments has increased both from what the fund invests in and how it is managed.

“I’ve brought in specialist emerging markets equities, internally managed, and debt and non-government bonds, externally managed. And in a more fundamental change we’ve developed the alternatives business both in its funds investments and increasingly in its direct investment activities,” he says.

These alternatives come in the form of private equity and private debt, infrastructure, hedge funds and some extras such as timber.

In the past year it made the first investment as part of its new infrastructure strategy to be a direct acquirer of assets. The scheme was the lead investor in the acquisition of Australian toll-road company, ConnectEast, and more recently provided long-term inflation-linked financing to South East Water in the UK. The alternatives team, now about 25 people, has also made 18 direct private equity and debt investments to date.

Over the past three years there has been a progressive reduction in developed equities, from 70 per cent to around 50 per cent. In the past year, as part of the fund’s triennial review, developed market equities have continued to reduce. There was also a small reduction to property, an increase in the allocation to emerging market equities and infrastructure, and a new allocation to emerging market debt.

As part of the reduction to equities, the one remaining external equities mandate – global equities with Capital International – was terminated. The assets will be used over time to fund new investments in infrastructure and emerging market debt.

Broadly, the internal team is the preferred manager and all of the developed market equities and government bonds are managed inhouse. There are about 30 people in the equities team, and a further four employed in the investment risk team, two in operational risk and five lawyers in the legal department.

“I am hesitant to say it’s a continuing trend to inhouse management because it depends what we invest in,” Gray says.

“If an investment is opportunistic, as opposed to permanent, then it doesn’t make sense to create a team to do that; similarly, if it’s not economic or timely to build a specialist team to manage the scale of assets allocated, as with emerging market debt at the moment.”

As the business has grown, the executive structure has been renewed and this summer a new management structure within investment management was put in place.

Gray has become the chief executive of the investment company subsidiary and has formed an executive committee with four of his direct reports: the chief operating officer, the head of alternatives, and the new heads of equities and fixed income and liability management.

Elizabeth Fernando, former head of European equities and deputy CIO, has become head of equities, and USS is still finalising recruitment for a head of fixed income and liability management, which Gray has slated as a significant area of development in managing asset liability risk.

“There were some important governance benefits in separating a complex investment business,” Gray says of the new USSIM structure.

Now a USSIM board – made up of the CEO, COO, CFO and two non-executives – will provide oversight and filter information up to the main trustee board.

“Some of the things that have been clarified include the responsibility for selecting external managers being clearly delegated to the investment company. The USSIM board has to be comfortable that we have the expertise and operations to manage assets internally and that there are cost savings. We are operating under a comprehensive investment management agreement,” he says.

While most of the investment teams are “fully grown”, Gray says there is still some work to be done in filling out the resources and team in fixed income and liability management.

“We will be looking at activities including liability hedging with derivatives, and a modern pension fund needs credit risk management, which is also underdeveloped. Pension schemes are under pressure because of funding levels, but recently it has not been because of the asset side, but the liability side of the balance sheet,” he says. “The ability to hedge liabilities when opportune to do so makes a lot of sense. It’s a very twenty-first century role.”

Risk and reward plus

In the financial year to March 31, 2012 the fund’s assets increased by by 4.4 per cent to $54.5 billion. But because UK gilt yields have continued to fall, the value of the liabilities went up – by 24 per cent. So now the fund is only 70-per-cent funded.

In order to get fully funded, USS will have to perform above its target return of UK gilts plus 1.7 per cent. It will have to be more like gilts plus 3 per cent for the next 20 years. Relative to 30-year gilt yield of about 3 per cent, the 10-year yield is close to 2 per cent.

“I think our asset allocation is capable of delivering that kind of return,” Gray says.

This will be achieved through its newly diversified asset allocation, but also because at USS there is a fundamental belief in active management, with about 90 per cent of its equities asset actively managed.

“Successful asset management requires discipline and understanding of what your process is and why it has a chance of outperforming, as well as good cost control,” Gray says.

USS’s internal team seeks to encourage the companies in which it invests to focus on delivering durable shareholder value, giving due consideration to the full range of long-term risks to performance including environmental, social and governance factors.

“We make investments on the basis of financial risk and reward, but we do believe we should understand all of the risks,” Gray says. “A polluting company could find its financial standing impacted, so we want to be aware of all risk factors. We take governance seriously and want management to act in the interests of shareholders.”