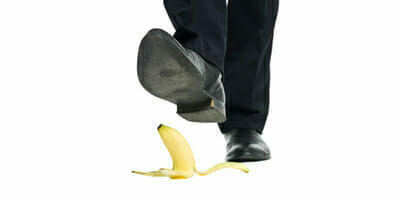 US investment consultancy Callan Associates favours fund of fund hedge fund allocations as the need to do comprehensive operational due diligence adds to the growing complexity of hedge fund investment.

Author of the report Operational Due Diligence, The Underbelly of Hedge Fund Research and Callan vice president, Sherwood Yuen, says that operational due diligence best practice now involves probing every aspect of a hedge fund’s operations.

This involves not only investment professionals but lawyers and accountants understanding and examining the roles and relationships between the prime broker/custodian, administrator, auditing/accounting, legal and risk management systems.

“A lot of fund of funds have been doing operational due diligence for quite some time and have fully built teams in place already,” Yuen says.

“These operational teams are comprised of lawyers and accountants and other operational folk. It is a very unique and distinct skill set involved in this type of work.”

Fund of funds have come in for criticism for their high fees and concerns about the management of the underlying risk of individual managers.

The US Securities and Exchange Commission (SEC) reports that hedge funds typically charge an asset management fee of 1 to 2 per cent of assets, plus a performance fee of 20 per cent of the fund’s profits.

Funds of hedge funds typically charge a fee for managing assets and may also include performance fees in addition to fees paid to underlying managers.

The Preqin/Global ARC Study of Asian Institutional Hedge Fund Investments, released in February 2012, reveals that 79 per cent of global investors saw the best opportunities in 2012 being in co-mingled direct investments compared to 34 per cent who were looking to invest in co-mingled fund of funds.

In recent years TRS has instigated an innovative strategic partnership program that aims to select strong performing hedge fund managers that the pension fund can use to build its own investment expertise.

“If investors decide to invest direct, they recognise that they will have to take on some additional resources that might have previously been provided by an intermediary like a fund of funds,” Sales says.

“But they are generally taking the view that the savings they would make on the fund of funds fees plus the additional control they have over those investments make it a reasonable trade-off. I don’t think investors think that due diligence is something they can skimp on and their stakeholders generally feel the same way.”

The cost of true due diligence

However, Yuen argues that best practice operational due diligence involves a distinct skill set and personnel that an investor may not have.

It is, therefore, more cost effective and efficient for investors to leverage off the already established skills of hedge fund of fund managers.

“Fund of funds now devote large amounts of money and resources to operational due diligence in addition to their efforts in investment due diligence,” Yuen states in the report.

“Typically, operational due diligence teams are comprised of lawyers, accountants and other non-investment personnel to handle the myriad operational risks.”

NYU Stern finance professor Stephen Brown has conducted several studies in the past five years that point to vigilant operational due diligence on hedge funds being a potential source of alpha.

In previous studies, Brown found that operational risk is negatively related to fund returns, particularly when there are conflicts of interest between managers and investors.

He also found that more concentrated a fund’s management, the lower the returns.

In addition, his work shows that funds with internal and external conflicts of interest – for example where a hedge fund internally manages prime broker services to save on costs – is also highly correlated to increased financial risk.

A quarter of fund of fund managers have less than $25 million under management and, Brown argues, the fees they charge mean they cannot possibly afford to conduct proper operational due diligence on a diversified portfolio of managers.

Sales is not prepared to make the same links between performance and operational due diligence as borne out by Brown’s research, but he notes that there are several examples where proper due diligence may have avoided pain for investors.

“It is very difficult to quantitatively prove that operational due diligence adds alpha but there are certainly specific examples of dishonest managers that could have been avoided if a proper DD process had been followed,’’ he says.

As hedge funds have moved from their high net-worth client origins to being increasingly “institutionalised”, the demands for this kind of transparency has only increased.

A large fund of fund manager, who talked to Top1000funds.com on the basis he was not named, says that when institutional investors were caught up in the Bernard Madoff scandal – some through investing with fund of fund managers – it was a watershed for the industry.

“Now no one wants a problem on his watch,” he says.

He confirmed institutional investors were utilising the firm’s operational due diligence capacity to compliment the reviews of a manager’s investment processes that its internal teams would conduct.

In his research, Yuen identifies this trend towards funds that want to invest directly in a hedge fund which outsources operational due diligence to a fund of fund. However, he suggests this relationship is growing to encompass a strategic advisory role for the fund of fund that can be used to build in-house expertise.

“With these strategic advisory relationships, investors can leverage the fund of fund’s infrastructure, resources and experience,” Yuen reports.

“In addition, fund of funds often provide education and assistance so that investors may complete their own operational due diligence.”

Larger investors, who have their own operational due diligence teams, have also utilised Albourne to provide an extra layer of control through conducting independent reviews of managers, according to Sales.

Do the small suffer?

A concern is that the increasing demands for transparency are making it harder for smaller or emerging fund managers to attract funds.

Research suggests that smaller hedge funds can achieve outperformance compared to their larger counterparts, with investors missing out on this potential if stringent operational due diligence requires more onerous reporting from smaller outfits.

Sales contests this view, saying that proper operational due diligence makes this trade-off between the greater operational risk and potential performance clearer for the investor.

“What increased operational due diligence is doing for smaller hedge fund managers is making that trade-off more explicit because if you are taking more operational risk, you need to make sure you are getting paid for that,” he says.

“Many of the new managers we see starting up this year and last year have been better prepared than they have been in the past. They recognise that to get institutional dollars they have got to be professionally set up, organised, with competent people and good service providers.”

Hedge fund managers’ increased preparedness to meet demands for more transparency is something that both Sales and Yuen see emerging in recent years.

The shift in the balance of power between a manager wanting to protect their “investment edge” and the need has transparency has shifted towards the investor in recent years, according to Yuen.

“There is a balance between transparency and trade secrets and I think some of the ways that managers have dealt with this is basically by providing delayed reporting on their transparency reporting,” Yuen says. “Maybe [it’s] every month or every quarter, but it is really up to the discretion of a fund of fund manager and their hedge fund managers.”

An area of innovation in the ongoing need for operational due diligence is the rapid advancements in risk reporting and risk measurement systems.

They also allow an investor the ability to build custom ad-hoc reporting.