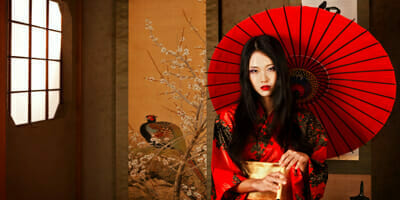 Trouble-shooting consultant, Jim Ware, who has worked with the likes of Texas Teachers and Cornell University, gives his tips on selecting managers and as well as how to deal with the “investment” personality type, which makes up only 5 per cent of the population.

Ware has a unique perspective on asset managers, as the Chicago-based consultant is usually called in as a trouble-shooter when the supposedly smooth workings of an investment team malfunctions.

Having spent 20 years in the funds management industry before launching Focus Consulting Group, Ware says that seeing “how the sausage is made” reveals things behind the scenes can often be very different to the slick marketing pitch.

“When we go and work with a firm, they have acknowledged that they need help, so it’s a very different experience from consultants who go in and everyone is on their best behaviour and they are really trying to say and do the right thing,” Ware says.

“We go in and we see behind the kimono and we see what is really going on.”

He also advises asset owners, having worked with Texas Teachers Retirement System and Cornell University’s endowment to sharpen their investment philosophies and processes and, therefore, improve their selection of external mangers.

Ware says he has 10 ‘good’ answers that he wants to hear from asset managers that indicates a firm may have a more robust investment process that can deliver on promises of outperformance:

But when it comes to the inner workings of a misfiring asset management firm, Ware says the “soap opera” can make for a fascinating psychological study.

His firm uses a variety of well-known psychological profiling techniques such as the Myer-Briggs psychometric testing and enneagram personality modelling.

Ware says the testing reveals that investment professionals are a personality type that makes up just 5 per cent of the broader population but about 50 per cent of people in a standard investment team. They are INTJ, which stands for introversion, intuition, thinking, judgment, which is one of the rarer of the 16 personality types.

These so-called INTJs under the Myer-Briggs Type Indicator are personality types that are typically intuitive, analytical and highly plan orientated and organised.

However, in times of crisis Ware says these driven, high-achieving individuals are likely to push even harder for performance, resulting in potentially taking on more risk at inopportune times.

“They are not the freeze type who curl up in the foetal position and don’t know what to do,” he says.

“They turn it up a notch and try and rise to the occasion. That can create a problem because sometimes the smartest thing to do is to get off the dance floor.”

“One characteristic of INTJ is they are highly competitive…. They are highly confident, meaning they think they are right and that can be very damaging in times of crisis because they can double up on bets.”

After seeing the good and the bad of asset managers, Ware notes that when a fund is asked: ‘what is their investment edge?’ there is a response that consistently rings alarm bells.

“You don’t want to hear ‘we have really bright people who work really hard’ because I am yet to meet the firm that has really dumb people who are lazy,” he says.

Despite the growing complexity around manager selection, Ware says he is still a strong believer in a basic litmus tests: do the fund managers have their own money behind the strategy.

“I always ask ‘do you have your own money in your funds?’, and they [asset managers] can have a lot of excuses why they don’t, but that is a pretty quick exit in my view,” he says.

“You want to be aligned with them so that they are trying hard to win for themselves and, by virtue of that, they are winning for you.”

Ware says the analysis of funds managers is broken down into the 4 Ps of performance, philosophy, process and people.

He advises that rigorous due diligence should include speaking to investment team members individually and seeing if they are “singing from the same hymn book” when it comes to particularly the philosophy and process aspects of the firm.

Often Ware finds that firms are divided on where value is creating.

He cites a recent example where a fundamental value investor had a significant proportion of its team which thought value was actually created from a sideline quant model.

Ware is also seeing management firms getting slicker and better coached from their marketing teams in how they deal with consultants.

He advises getting beyond highly coached and prepared answers about investment questions by delving into the practical experience of the firm to glean how teams have handled specific investment challenges.

Callum JonesJanuary 18, 2023
Home>Uncategorised posts>Tips for looking under a manager’s kimono