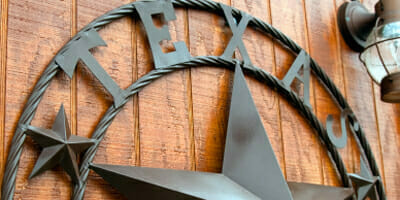 Texas Teachers Retirement System has extended a unique public markets strategic partnership structure to two of its private market managers in a move it claims will give the fund a long-term strategic advantage over other investors.

At its recent board meeting TRS announced it would form a long-term strategic partnership with Apollo Global Management and Kohlberg Kravis Roberts & Co. L.P., allocating $3 billion to each manager.

The Strategic Partnership Network (SPN) is designed to give top performing managers more freedom in their mandates to allow them to formulate innovative investment strategies and provide research that can add to the learning of the $107 billion fund’s own internal teams.

Chief investment officer Britt Harris told the board the strategic partnerships will provide long-term strategic advantages to the fund by generating closer relationships to top performing managers that would boost returns and reduce risk.

“The competitive advantage from this particular structure comes from the better collaboration that is more strategic with these two key firms, raising the expected rate of return for these assets and broadening the scope and breadth of the field in which they operate,” Harris told the board.

“So, rather than being limited to a particular asset category, under this umbrella, we are able to move assets more efficiently to areas that are under-valued and more attractive.”

As part of the agreement, the two firms will also conduct proprietary research projects at least four times a year.

In his presentation to the board, Steve LeBlanc, the fund’s senior managing director of private external markets, said TRS had negotiated unique terms and conditions with the strategic partners, which came after an exhaustive due diligence process lasting more than 2 years.

“We will measure and reward the long-term performance of the total relationship in aggregate not fund by fund, this will be unique to the industry,” he said.

“This will reward both capital allocation by the general partner and the investment execution. The structure will reduce risk by having the funds looked at in aggregate and also by having beneficial terms at sub-market performance. This will increase our alignment, governance and transparency with our partners.”

SPN was first launched with the fund’s external public markets managers. Over a three year period the SPN has collectively achieved a top quartile performance and been in the top five per cent over two years.

The private markets program has performed strongly this year, with the fund reporting that private equity returned 25.8 per cent to June 30 this year and real assets 21.9 per cent.

For the past four years Texas Teachers has aimed to build up its allocation to real assets and private equity as part of a push to diversify the fund away from public markets.

Harris told the board that over this time the allocation to real assets has risen from approximately 2 to 3 per cent of the overall portfolio to approximately 13 per cent, with a goal to get to 15 per cent by the end of next year.

Over the same period the allocation to private equity increased from around the same levels to 10 per cent of the fund, and is currently at 11 per cent, Harris said.

Also presenting to the board at the recent meeting was actuary consultant Joseph Newton who told the fund that it was 82.7 per cent funded, which represents a $24 billion funding gap.

Newton, a senior consulting actuary with Gabriel Roeder Smith & Co. said contributions would have to rise if the fund was to be sustainable in the long-term and return to a fully funded status.

“Given that the current contributions continue and current benefits continue and we earn 8 per cent [on investment] from today forward, we do not believe this is an indefinitely sustainable combination,” he told the board.

“That doesn’t mean it is next year, we are looking two generations out, you are probably thinking 60 to 70 years from now before this is a reality. It is not the exact date that is important; it’s the point that there is a date. There should not be a date if we want to get that inter-generational equity going.”

Texas Teachers is one of the better funded US public defined benefit schemes relative to its peers, and has exceeded this long-term 8 per cent return objective since 1986.

The Texas legislature granted extra benefits to public employees in the 1990s that amounted to about $16 billion in actuarial liabilities as well as cutting its contributions from 7.31 per cent to 6 per cent.

This exacerbated the effect of two market downturns in the past decade.

Newton said that based on the current contribution rate the underfunded status will never be amortised.

The Texas state government faces a budget deficit estimated to be as much as $27 billion for the forthcoming two-year cycle of 2012-2013. State legislators have flagged deep cuts in funding to education and welfare programs to close the budget gap.

“We can make some tweaks now that can sustain this thing,” he said

The increased employer contributions would amount to an additional $370 million in spending to the state budget, Newton estimated.

Increased investment returns would not be enough to alleviate the funding gap, Newton said.

“We need about 10.75 per cent over a decade to be able to truly say the current contribution and benefit strategies are sustainable, with some strength and expectation,” he told the board.

“Over the long-term we probably need about 8.75 per cent and that is out-performing our current expectations, with this 8 per cent, according to some professionals, already at the top end of the range anyway. The point is we cannot expect investment earnings to create the sustainability that doesn’t currently exist.”