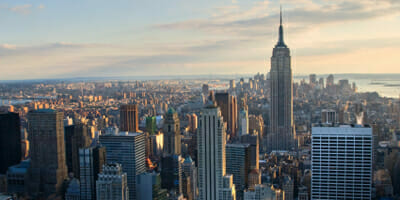 The $89.9 billion New York State Teachers Retirement System (NYSTRS) has achieved its best result for 25 years, returning 23.2 per cent for the year to June 30, 2011, with the strong performance driven mainly by its equity portfolio.

NYSTRS, which claims to be one of the few fully-funded public pension funds in the country, reported that its stellar year increased the value of its assets by a further $13 billion.

The latest financial-year result is nearly double the fund’s return of 12.1 per cent in the previous financial year.

NYSTRS’ five-year return is 4.2 per cent a year, and over 25 years it has returned 9 per cent a year, 100 basis points more than its long-term actuarially-assumed rate of return of 8 per cent.

The president of the fund, Michael Kraus, a 20-year veteran of the board, says the fund’s strong position was due in part to the continued contributions from both members and employers.

“Public pension funding is a shared responsibility and we would not be where we are without consistent, uninterrupted employer and member contributions,” he said in his annual message to members.

“In New York we are fortunate to have a funding framework that values contributions on time and in the full amount. States that have taken ‘pension holidays’ or made reduced contributions are now dealing with the devastating effects of these decisions in the form of under-funded plans.”

Its public equities portfolio was the engine room of performance, and represents more than 58.5 per cent of the fund, or $53.4 billion.

Domestic equities are predominantly internally run, with 95 per cent of its holdings in what its investment team describes as “several low-risk strategies targeting broad US market exposure”.

The remaining 5 per cent is allocated to external managers seeking above-benchmark returns.

Its domestic equities portfolio generated a return of 31.7 per cent, versus the S&P 1500 index return of 31.6 per cent.

“The portfolio benefited from excess returns to growth and value strategies internally managed by system staff,” the fund’s investment team told members in its annual report.

The fund has a target to reduce its domestic equity holdings from their current level of 45.3 per cent of the portfolio to 42 per cent.

Over the course of the year the fund raised more than $4 billion from domestic equities, reallocating the cash either to international equities to fund new external managers, or to short-term fixed income investments.

It plans to lift its international equity holdings, which are mostly in developed markets, from 13.2 per cent to 15 per cent of the portfolio.

In 2009 the fund decided to restructure its international equities portfolio, with 25 per cent to be actively managed and measured against an MSCI ACWI Ex-US benchmark.

Other strong performing assets for the fund included its real estate investments.

Its directly-owned real estate assets, and a combination of opportunistic funds and value-added real estate funds, achieved 23.7 per cent and 31.9 per cent respectively.

The fund has a 7 per cent target allocation to private equity and as of June 30 had 8.2 per cent of its portfolio invested in this asset class.

But over a shorter time frame the fund under-performed its benchmarks for private equity.

“This is primarily attributable to greater volatility in public markets outpacing the revaluation in the private equity portfolio,” the investment team told its members.

Since the fund began its private equity program in 1984 it has generated an internal rate of return of 11.8 per cent.

For the 2010 calendar year the fund also looked to exercise its rights as shareholder voting on 16,607 proposals, representing 1963 meetings for the companies NYSTRS owns in its equity portfolio.

It voted with management proposals in 87 per cent of cases, voting against 12 per cent of the time and abstaining in 1 per cent of votes.

It rejected almost half of the 555 shareholder proposals it voted on.

“System policies generally support management if the position is reasonable, is not detrimental to the long-term economic prospects of the company and does not tend to diminish the rights of shareholders,” the fund said in its annual report.