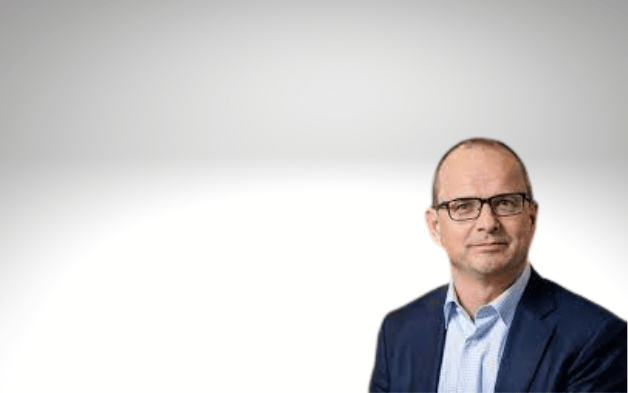 Investors contemplating risk, return and impact in their portfolios will have read with a wry smile last week’s criticism of Unilever’s quest for purpose penned by one of the United Kingdom’s most influential fund managers . The consumer goods company is pushing its purpose credentials at the expense of the business, argued Terry Smith in his annual shareholder letter to his retail following.

“A company which feels it has to define the purpose of Hellmann’s mayonnaise has in our view clearly lost the plot. The Hellmann’s brand has existed since 1913 so we would guess that by now consumers have figured out its purpose (spoiler alert — salads and sandwiches),” he wrote, referencing the company marketing its mayo as a solution to food waste because it encourages people to eat leftovers.

For Piet Klop, the new head of responsible investment at €268 billion Dutch asset manager PGGM where he has worked for the last 12 years, the criticism comes as no surprise. Moreover, he acknowledges the management time that impact investing requires and agrees that in the short-term, Unilever may make more money for shareholders if it abandons complex impact considerations.

Yet he doesn’t buy the idea that steering capital into assets that reduce and mitigate negative impacts and increase the positive will end up costing asset owners. He is adamant that in the long-run, impact will pay since well-managed companies with a clear purpose that mitigate negative outcomes are simply better companies.

“You can’t wish away climate change or water scarcity,” he argues. “And I don’t believe in less return for more impact. Picture a Venn diagram and the circle of financial returns increasingly overlaps with companies’ social utility.”

Klop has been one of the main architects of PGGM’s gradual embrace of 3D portfolios shaped around risk, return and impact which began with an actively managed €5 billion impact equities portfolio. Today, although PGGM’s giant portfolio means it will “always do a bit of everything” he does acknowledge a broad direction of travel around impact. So much so the fund is currently planning to tilt its broader passive allocation to companies that have a bigger share of their revenues mapped to the SDGs.

Reducing negative impact means the fund is “peeling off” of its traditional passive strategy with exclusions and benchmark adjustments  in a process that triggers obvious questions whether the strategy is still actually passive.

“One could argue that the next logical step is to go active to be able to account for both negative and positive impact,” he says.

Such a move would be in keeping with PGGM long blazing a trail in the area. Like its work measuring impact by pioneering revenue-to-impact modelling in partnership with UBS and others since 2015. The process, which explores the extent to which a company’s revenues map to the SDGs and real-world impacts, is an attempt to provide a solution to limited company reporting on SDGs and climate impacts. Today the proliferation of new companies going further and faster than PGGM developing revenue to impact models, gathering data and producing ratings for investors means PGGM’s work in the area has slowed. It’s an evolution Klop finds particularly satisfying.

“We are the in-house asset manager of the second biggest Dutch pension fund PFZW. We can throw our weight around a bit and point the markets to impact and 3D investing. Once this takes off, we are happy to get out of the way – we are not a data provider and don’t want to be”.

Critics are quick to point to a myriad of complexities inherent in impact investment.

In liquid markets its difficult for investors to argue that their capital makes a difference to what a company does and doesn’t do given hundreds of other investors also hold the same security.

The idea of additionality, where investors aim to link the capital they provide to the impact it generates, is easier to support in private markets than in liquid markets. For example, infrastructure and private equity investors are closer to where the action is, have bigger stakes and more influence over what happens in terms of impact.  Still, in today’s world of free money, additionally is a high bar even in private markets.

“With record low interest rates, it’s super hard to maintain that without you something would not have happened,” he says.

But if additionality and affecting corporate change is a bridge too far, impact investors can find success via other routes: simply demonstrating their alignment with companies that generate revenues from solutions to the SDGs.

“Aiming for impact through alignment is no trivial evolution,” he says.

Klop is heartened by the growing number of asset owners signalling to the market that impact matters and by impact leaders going further still, building SDG indexes and tilts towards companies that make a bigger contribution based on revenues to positive real-world outcomes.

Ultimately, he would like to be able to calculate the impact from each euro or dollar invested to truly put impact on a level with risk and return. But until then, constantly improving the measurement of real-world impacts is still encouraging.

Of course Klop has many other priorities alongside integrating impact in his new role where he leads an advisory unit guiding PGGMs different front office investment teams on all things sustainable. His work to better account for climate and ESG risk factors is just one example.

“It’s a big job because everyone wants to be sustainable these days,” he concludes. “I recall the days when people weren’t all that interested in responsible investment and thought it was just something that would make life difficult.”