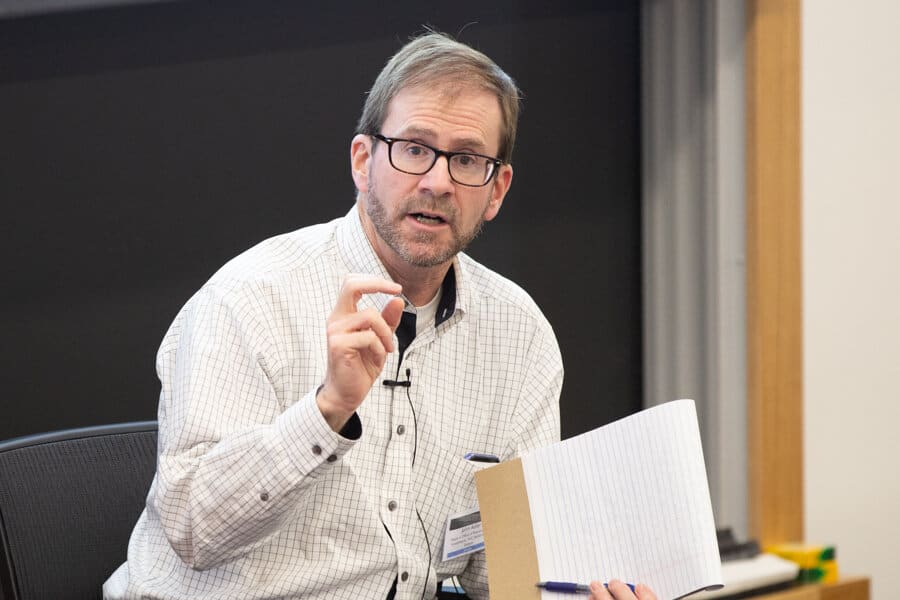 John Adler has been chief pension investment advisor to New York City Mayor Bill de Blasio since 2015 and sits on the board of four of the five New York City retirement systems, which serve over 650,000 active and retired participants and assets in excess of $200 billion. He spoke to Amanda White about the most pertinent conversations around the board tables, the outlook for the five city plans, and the complex job of balancing politics, pensions and investments.

Amanda White: You chair NYCERS and sit on the board of three other New York city funds – Police, Fire, and the Teachers systems – what is on the boardroom agenda right now, what conversations are you having?

John Adler: There is a great deal of anxiety over this volatility and turbulence we are experiencing right now. The last three quarters have seen record gains and record losses, and then nearly record gains again. That kind of volatility is very hard on defined benefit plans in general. It’s hard on everyone.

What you do in the face of that volatility that’s the question, and there aren’t any easy answers.

One thing that is challenging for public pension plan sponsors, and it is no secret, is that we have serious budget problems. If we don’t get aid from the federal government then New York state and New York City will have huge problems, and we can’t just print money.

In any normal situation the government would be ensuring that cities and states can balance their budgets and don’t have to resort to measures like workforce reductions.

We have to deal with that at the same time that if returns are less than anticipated we may have to increase contributions. Like most funds we use smoothing so it doesn’t kick in right away. We hope that by the time we are facing the pain on contributions the economy is starting to recover, that’s what happened in 2008. But a lot of funds will be looking at needing to review their actuarial assumptions.

We are looking what we need to do as trustees in terms of investment policy and asset allocation to steer the ship through these choppy waters. We are paying very close attention, you can’t put it on auto-pilot.

Our return target is 7 per cent and in a low interest rate environment, and with the scale of borrowing, makes it very hard to achieve long term returns of that level.

The intersection of politics and the economy and pension fund investments, that’s the world I live in, and it’s very complex, and I don’t really know where we will all land. Part of my job is to navigate through it keeping the interests of the participants in mind, but I represent the mayor and he has to balance the budget.

Q: So let’s talk about NCYERS for a bit, how has the fund fared during the crisis?

A: We had already decided to take a little bit of risk off the table before the virus hit – we reduced our equities and increased and diversified our fixed income – which turned out to be a good thing to do.

The truth is it wasn’t radical, it was incremental, it helped us a little bit in the turbulence of March and overall it helped us.

With funds like ours you can’t much reduce your market exposure, we are long-term universal investors, and what happens in the market will translate to what happens to us. Our financial year is June 30 so that is a key date for us and we don’t have our results yet. I suspect it’s not going to be as bad as it looked in the first quarter of this year or as good as the end of the calendar year.

Q: Are you looking to add risk back in?

A: That’s a good question. There are conversations that are happening but we haven’t taken any action yet and I don’t know where we will land on that yet.

The truth is, given how volatile things still are, I think personally this is not the time to make major changes in direction. I don’t think anyone really knows where we are heading and until this virus is resolved which won’t be until the whole world is vaccinated probably at the end of 2021 then I don’t see the economy recovering until then.

Markets will do what they do in terms of believing what they want to believe. Markets are grasping at every scrap of hope – a vaccine, or positive results out of clinical trials – that’s crazy, but that’s the way the markets are.

We also have a major election coming in a few months which will impact the markets. But I would never predict what outcome it would have or what the outcome of the election would be. I know what I am hoping for but the Us electorate is extremely difficult to predict.

I have been involved in politics in this country for 40 years, and I’m an avid consumer of political news and I never seem to get any better in predicting.

There are extremely dangerous things happening, such as what we are seeing in Portland. Trump is so unpredictable, and we don’t know where it will end up. It is clear he is trying to change the narrative to one he thinks he can win. The economic narrative is not good for him now, and the virus narrative is terrible for him. So he’s scaring people into thinking if Democrats take over it will be a nightmare of looting and protest and only he can save that. We have got to hope that narrative falls flat and the majority of Americans will see through it for what it is. But I am really a terrible political prognosticator to my everlasting frustrating.

Q: John before you worked at the New York City as director of the Mayor’s office of pension and investments and chief pension investment advisor, you spent 23 years working with the Service Employees International Union working on “issues that were threats to members’ retirement security”. Would you say that the Department of Labor’s proposed amendment to investment duties regulation and ESG, is a threat to retirement security?

A: A short answer would be yes. I think it is an effort by the Trump administration and certain allies to pre-empt what is happening it the markets, which is the growth and popularity of ESG. The proxy voting rules just adopted by the SEC is a similar effort.

I think that certain corporate entities that have sway in the Trump administration are trying to get as much done as they can, thinking there may not be a second term. And they are seeking to sway the capital markets to defend themselves against efforts they don’t like.

In terms of accountability and allowing folks to invest as they see fit, the market is saying that people are interested in ESG and believe ESG influenced investments will generate better long-term investment returns. The irony is supposedly Republicans support free markets, but this is the opposite of that.

My understanding is that a rule is a much stronger statement and more binding on participants than what has been in the past interpretative guidance, so that makes it more nefarious.

For large fund managers who manage ERISA assets, I think that it is appropriate to say to the DoL we are responding to our customers and clients’ interests and needs here.

Regardless of whether we as Larry Fink think climate change is a crucial financial risk, our customers want this and for you to create this hurdle to our ability to offer customers what they want, doesn’t seem like an appropriate role for the DoL.

I understand the DoL ensuring that ESG is an appropriate financial consideration, but to say essentially that the default is that it is not and you have to prove it, is very difficult.

When we have managers come into present to us, we always ask them, how they express ESG considerations. For some of them it’s a check the box thing, they are trying to show us they care. But for many of them it is an integral part of their investment process. If you have a manager like that, they would now have to jump through some hoops to do that, it makes no sense. It doesn’t make sense from a free market perspective.

Q: Are you concerned about the impact this might have on the broader market and the interpretation of fiduciary duty more generally?

A: This doesn’t directly affect public pension funds because ERISA doesn’t cover us directly. But it does impact the fiduciary standard and prudent person rule laid out in ERISA, and we exist under that.

The other thing about it is with regard to fiduciary duty. I’ve always thought as a fiduciary you need to make sure you are using a prudent process, and documenting the process is what matters. If you arrive at an investment decision and you’ve gone through an appropriate process that’s good. You might end up with an investment that goes south but so long as you go through an appropriate process it’s ok. This is saying the process doesn’t matter if you end up with an ESG investment, you have to go through a whole other level that only applies to ESG, but to nothing else.

I’m not really a worrier, but I probably should be worried about the impact this might have on fiduciary duty.

People could use it as a cudgel and an attack for using ESG. This will be another weapon our opposition will use to criticise us – NYCERS and pension funds more broadly.