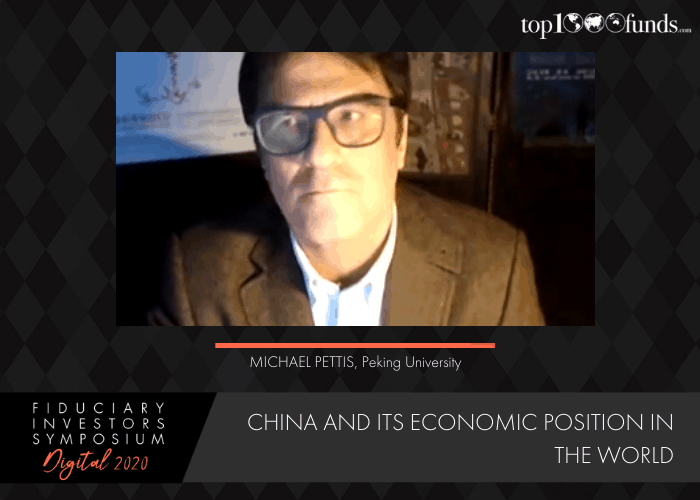 This session will examine the impact of the crisis on China, the likely projection of its recovery and the role for the private sector.

Michael Pettis is a nonresident senior fellow in the Carnegie–Tsinghua Center for Global Policy. An expert on China’s economy, Pettis is professor of finance at Peking University’s Guanghua School of Management, where he specializes in Chinese financial markets.
From 2002 to 2004, he also taught at Tsinghua University’s School of Economics and Management and, from 1992 to 2001, at Columbia University’s Graduate School of Business. He is a member of the Institute of Latin American Studies Advisory Board at Columbia University as well as the Dean’s Advisory Board at the School of Public and International Affairs.
Pettis worked on Wall Street in trading, capital markets, and corporate finance since 1987, when he joined the sovereign debt trading team at Manufacturers Hanover (now JPMorgan). Most recently, from 1996 to 2001, Pettis worked at Bear Stearns, where he was managing director principal heading the Latin American capital markets and the liability management groups. He has also worked as a partner in a merchant-banking boutique that specialized in securitizing Latin American assets and at Credit Suisse First Boston, where he headed the emerging markets trading team.
In addition to trading and capital markets, Pettis has been involved in sovereign advisory work, including for the Mexican government on the privatization of its banking system, the Republic of Macedonia on the restructuring of its international bank debt, and the South Korean Ministry of Finance on the restructuring of the country’s commercial bank debt.
He formerly served as a member of the Board of Directors of ABC-CA Fund Management Company, a Sino–French joint venture based in Shanghai. He is the author of several books, including The Great Rebalancing: Trade, Conflict, and the Perilous Road Ahead for the World Economy (Princeton University Press, 2013).

Colin Tate has been an investment industry media publisher and conference producer since 1996. In his media career, Tate has launched and overseen dozens of print and electronic publications. He is the chief executive and major shareholder of Conexus Financial, which was formed in 2005, and is headquartered in Sydney, Australia. The company stages more than 20 conferences and events each year – in London, New York, San Francisco, Los Angeles, Amsterdam, Beijing, Sydney and Melbourne – and publishes five media brands, including the global website and strategy newsletter for global institutional investors conexust1f.flywheelstaging.com. One of the company’s signature events is the bi-annual Fiduciary Investors Symposium. Conexus Financial’s events aim to place the responsibilities of investors in wider societal, and political contexts, as well as promote the long-term stability of markets and sustainable retirement incomes. Tate served for seven years on the board of Australia’s most high profile homeless charity, The Wayside Chapel; and he has underwritten the welfare of 60,000 people in 28 villages throughout Uganda via The Hunger Project.

In 10 years time will your geographic investment allocation to China be: